As Fox News investigates accusations against Eric Bolling, a former guest shared her side of the story 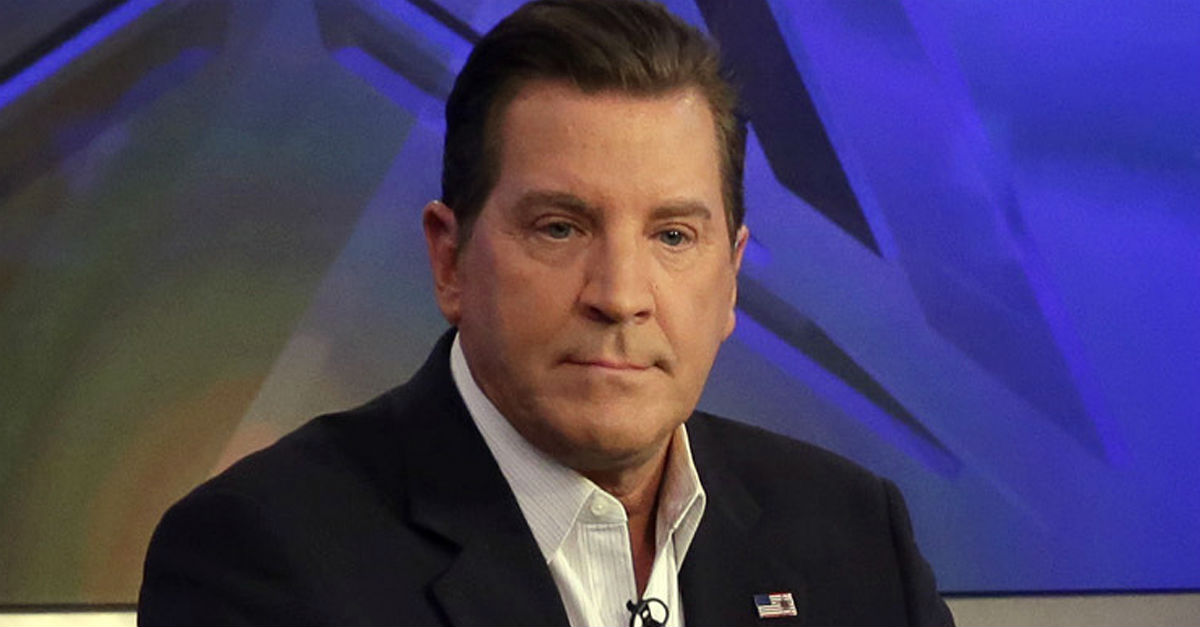 AP Photo/Richard Drew
FILE - In this July 22, 2015 file photo, co-host Eric Bolling appears on "The Five" television program, on the Fox News Channel, in New York. Fox News announced on Saturday, Aug. 5, 2017, that Bolling has been suspended while it investigates a report that “The Specialists” co-host sent at least three female colleagues a lewd text message. Bolling’s lawyer calls the accusations untrue and says he and his client are cooperating with the investigation. (AP Photo/Richard Drew, File)

Beloved Fox News anchor Eric Bolling has been suspended after three of his female coworkers came forward alleging that he sent inappropriate, unsolicited pictures of himself.

Other coworkers reportedly saw the pictures as well. As Fox News investigates the allegations, a former Fox News guest is telling her side of the story.

Occidental College associate professor Caroline Heldman made a Facebook post regarding her appearances on Fox News and the treatment she said she received from Bolling:

Heldman said that Bolling would call her “Dr. McHottie,” and she would push back with “Mr. McSexist.” He made questionable statements on the air, but his actions also went beyond the television screen:

Bolling would also contact me via phone and text after shows, sometimes to apologize for his behavior (and then do it again), and sometimes just to talk. He said he wanted to fly me out to New York for in-studio hits and to have “fun.” He asked me to have meals with him on several occasions, but I found excuses not to go. Once, he took me up to his office in New York, showed me his baseball jerseys, and in the brief time I was there, let me know that his office was his favorite place to have sex. I know other women have had similar experiences with Bolling, which means that lots of folks at Fox knew about his behavior well before 2017.

“This on-air behavior was perfectly acceptable to Fox executives at the time,” Heldman also added before accusing other Fox News employees, such as former anchor Bill O’Reilly and producer Woody Fraser, of sexual harassment.

In a statement given to Rare, a Fox News spokesperson said “We are investigating this matter and all claims will be taken into account.”

Bolling previously expressed an interest in running for Senate in a southern state, though no formal plans have been made.

He also recently renewed his contract, entering his 10th year with the network this year. Prior to his suspension, Bolling co-hosted the “Fox News Specialists,” one of the network’s newest shows. He also hosted “Cashin’ In” on Saturdays and the annual Fox News New Year’s Eve special in Times Square.