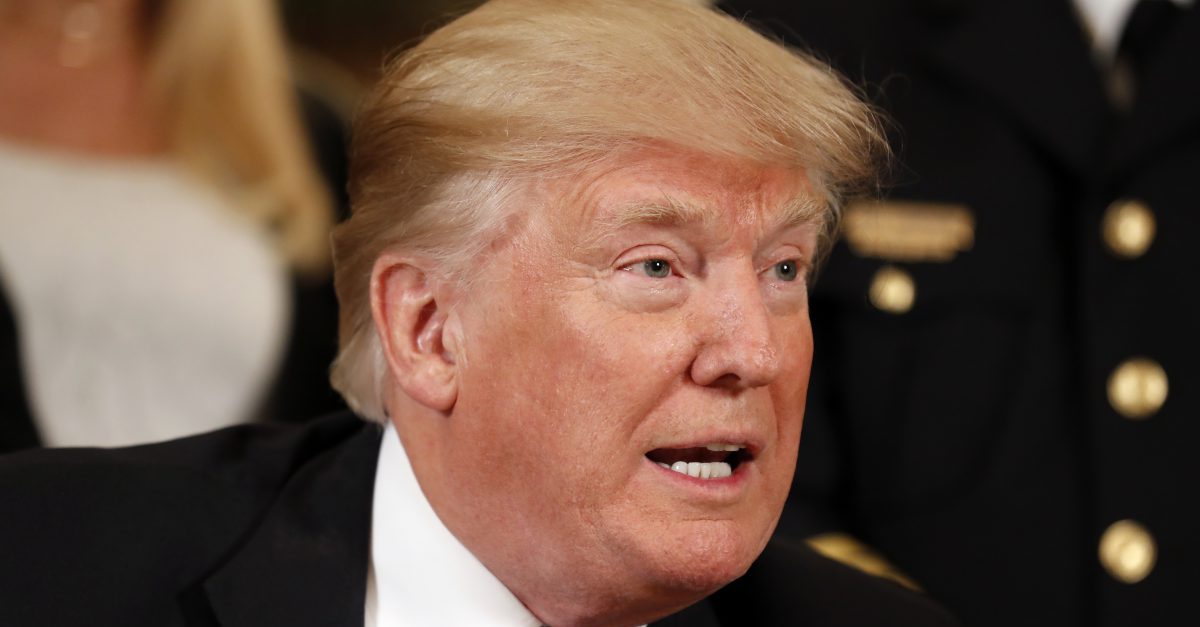 President Trump has made it clear that he’s no fan of CNN. But the tweets Americans woke up to on Wednesday were truly one of a kind.

Politico reported that the network was set to boycott the upcoming White House Christmas party. A spokesperson indicated that the decision was influenced by Trump’s constant tweeting about the network, saying, “In light of the president’s continued attacks on freedom of the press and CNN, we do not feel it is appropriate to celebrate with him as his invited guests. We will send a White House reporting team to the event and report on it if news warrants.”

“Great, and we should boycott Fake News CNN. Dealing with them is a total waste of time!” he said.

Great, and we should boycott Fake News CNN. Dealing with them is a total waste of time! https://t.co/8zJ3j7g5el

Just a few days prior, CNN got the last word in after the president accused the network of representing “our Nation to the WORLD very poorly.”

“It’s not CNN’s job to represent the U.S to the world. That’s yours. Our job is to report the news,” they reminded the president.

As usual, Trump addressed the network a few days later to propose a new “contest” over Twitter: “We should have a contest as to which of the Networks, plus CNN and not including Fox, is the most dishonest, corrupt and/or distorted in its political coverage of your favorite President (me). They are all bad. Winner to receive the FAKE NEWS TROPHY!”

He’s also retweeted a GIF of him beating up CNN and an image of a “Trump train” ramming through the network’s logo as it tries to slow it down on the tracks.

While the trend of Trump and CNN going back and forth is nothing new, perhaps the most explosive showdown between the two came during a press conference conducted just as his administration was beginning.

In February, Trump took questions from journalists at the conclusion of a press conference. After calling on Jim Acosta, CNN’s White House correspondent, Trump aired various personal grievances over the network. He eventually accused the network of being “very fake news.”

RELATED: Student’s outfit for his field trip to CNN was sure to ruffle feathers — until his school got in the way