Following a contentious interview, Kellyanne Conway is ready to see an NBC news anchor and others fired 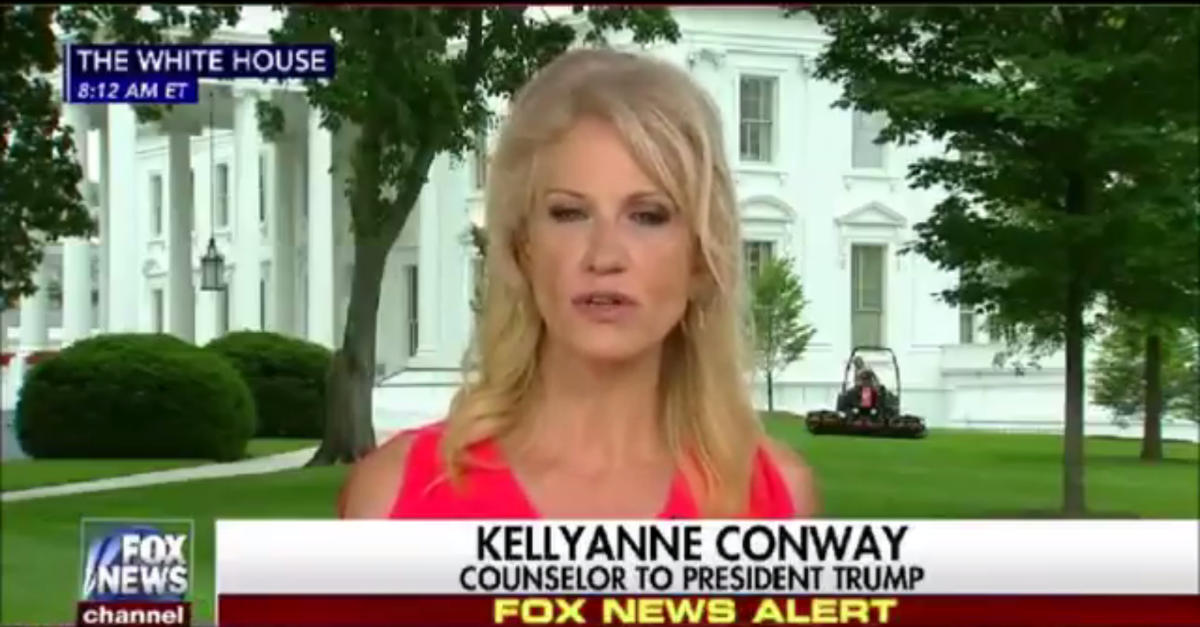 Following last week’s terrorist attack in London, President Trump at one point decided to use his Twitter to criticize London mayor Sadiq Khan’s message to his city.

White House counsel Kellyanne Conway appeared on NBC’s “TODAY Show” where the tweet was discussed in a very heated exchange between herself and co-anchor Thomas Roberts:

Later that morning, Conway hinted that he and others should be out of a job.

Appearing on “FOX & Friends,” Conway expressed her disappointment that those in the media who criticized the president’s tweet (or the president himself) remained unfired:

.@KellyannePolls: President Trump has nothing to apologize for following his response to London attacks pic.twitter.com/6RH5e4T2Yw

There, Conway recalled specific examples of recent opposition to the president:

But look, for people on TV to be saying what they?re saying ? a CNN anchor yesterday calling the president an expletive, Kathy Griffin, also of CNN, doing what she did last week ? which is really over the top ? and then, blaming the Trump family. I mean, people are really losing their minds over this presidency, instead of trying to cover the things that he?s doing to help all Americans and really coming together.

RELATED: After publicly trashing Ariana Grande, Piers Morgan has had a change of heart

Conway accused members of the media of not offering their support to the president in search of nonpartisan ways to fight terror. And as for his recent criticisms, Conway said, ” […] When you hear things like that and people still keep their jobs, it’s truly remarkable.”

CNN host Reza Aslan recently apologized for tweeting out an expletive in his criticism of the president. Though he remains in his position, CNN has since cut ties with Griffin for her controversial display of a bloodied, severed head made in the image of the president.