Fox News host puts President Trump on notice: “You are running out of friends” 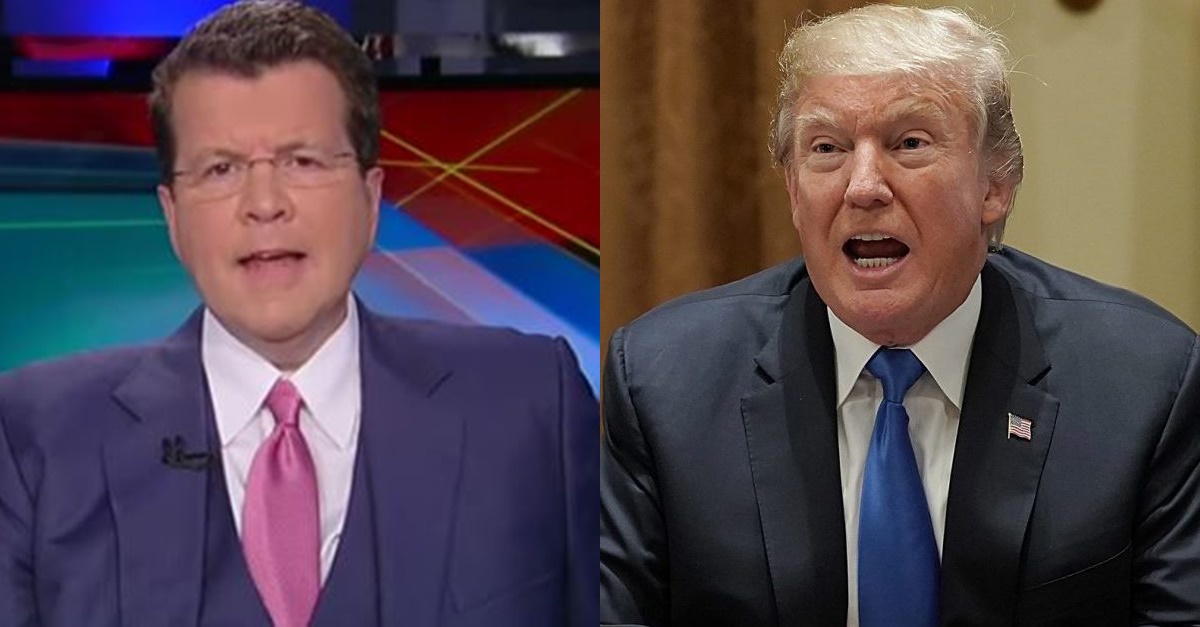 Fox News host Neil Cavuto blasted President Donald Trump for his continued attacks on individuals who disagree with him, including members of his own party, after the president went after Sen. Bob Corker (R-Tenn.).

Cavuto spoke directly to Trump during the broadcast of “Your World with Neil Cavuto” Wednesday, telling him that he’s alienating the people who he needs to help pass tax reform.

“Last time I checked, you are the president of the United States, so tweeting out these tacky insults just seems beneath you,” Cavuto said. “You are running out of friends faster than you are running out of time. You might not like Bob Corker, but a lot of senators do, and you need those senators, sir.”

Trump and Corker have been throwing insults back and forth for several days. The public feud started when the Tennessee senator said that Secretary of State Rex Tillerson, Secretary of Defense James Mattis and chief of staff John Kelly were the only ones helping to “separate our country from chaos.”

RELATED: The White House asserted that President Trump is the one “keeping the world from chaos”

The White House turned around and said that Trump was actually keeping the “world” from chaos.

After the White House’s comments Friday, Corker and Trump took the feud to social media with the senator calling the White House an “adult day care center,” and the president saying “liddle’ Bob Corker” was made to “sound a fool” by The New York Times.

The Fox News host suggested that Trump’s behavior is “torpedoing” his own tax plan.

“It’s not that some of your ideas aren’t sound, they are,” Cavuto said. “It’s that increasingly, this erratic behavior makes me wonder whether you are.”

Cavuto also warned the United State’s 45th president that Congress would only put up with his behavior for so long.

“How long do you think they put up with this?” Cavuto asked. “Loyalty works both ways, Mr. President.”