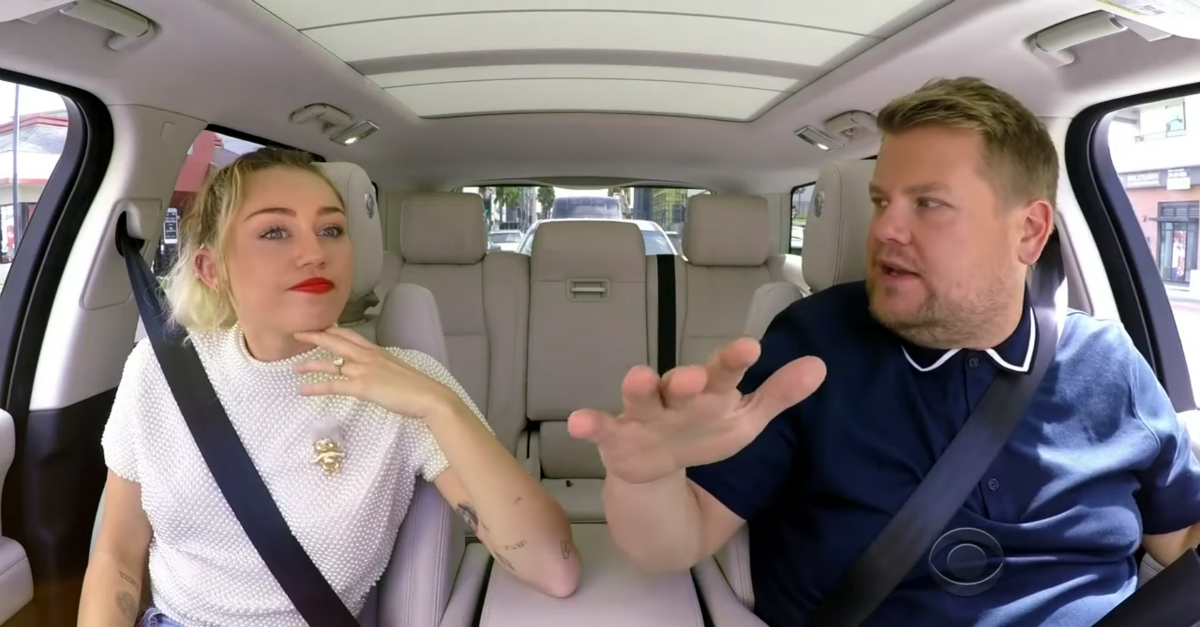 Pop star Miley Cyrus joined late-night host James Corden to sing some of her biggest hits like “We Can’t Stop,” “The Climb,” “Party in the U.S.A.,” “Wrecking Ball” and her new album’s title track “Younger Now” on the “Carpool Karaoke” segment of this “Late Late Show” episode.

Cyrus shared a humorous story to prove to Corden that she’s a terrible driver: she actually crashed her car into the sound trailer of “The Voice” when she was the last to leave the set one night. Cyrus left the scene without saying a word to anyone about it and showed up to work the next day in a rental car to hide the damage to her own vehicle. Cyrus kept her secret all day until spilling in private to co-hosts Blake Shelton and Adam Levine. There was just one problem — her mic was on!

RELATED: Watch Will Smith and James Corden get jiggy with it in this clip from “Carpool Karaoke: The Series”

“So I told on myself, even though I went through all the craziness, to not get busted,” Cyrus said.

At the end of the segment, Corden pulled over in a quiet neighborhood so he and Cyrus could attempt to make themselves cry on demand. They both failed miserably.

“You ever have moments in your life where you’re like, ‘What am I doing? You’re in a car with Miley Cyrus, you’ve pulled outside someone’s house and you’re trying to make each other cry,'” the host said.