“No leadership skills, no management skills, not very good communication skills, but he’s obviously had an impact on the economy, so he gets credit for that,” Cuban said of the president. “There’s a lot of positives that are positives for business, but you still have to look at the big picture, because even though he’s put out these executive orders, even though he’s signaled the intent to do all these things, and the markets have believed in it, any leader, particularly the president, has got to lead and has got to get these things passed. And we’re seeing the difficulties of his communication skills with what we’re seeing with Obamacare versus Trumpcare.”

.@mcuban on how President Trump is doing so far: No leadership, management or communication skills https://t.co/gP8SoQO0oi

The conversation then turned to President Trump’s 2005 tax returns, the 1040 for which was obtained by MSNBC’s Rachel Maddow and hyped up over social media on Tuesday night. The returns show that Trump paid $38 million in taxes in 2004 after earning $150 million, putting his income tax rate for the year around 25 percent, which as Tapper noted is a higher rate than Mitt Romney paid in 2011 and than Bernie Sanders’ rate in 2014.

“He had a good year. Right? And that’s all you can say about it,” Cuban commented. “I mean anybody who makes $150 million, you applaud them, and you say congratulations, and you know how well they did that year, and it really doesn’t tell you anything else.”

Tapper then suggested that Trump’s election win might encourage more businessmen to run for office and even for president. He asked Cuban if he has any intention to run himself, wondering if “Cuban 2020” is a possibility.

“I don’t want to say no, but it’s not my dream to be President of the United States,” Cuban answered before saying that he’s content helping to create jobs, spurring industry and helping other entrepreneurs from the private sector, but that he might consider public office “if there’s a need.” 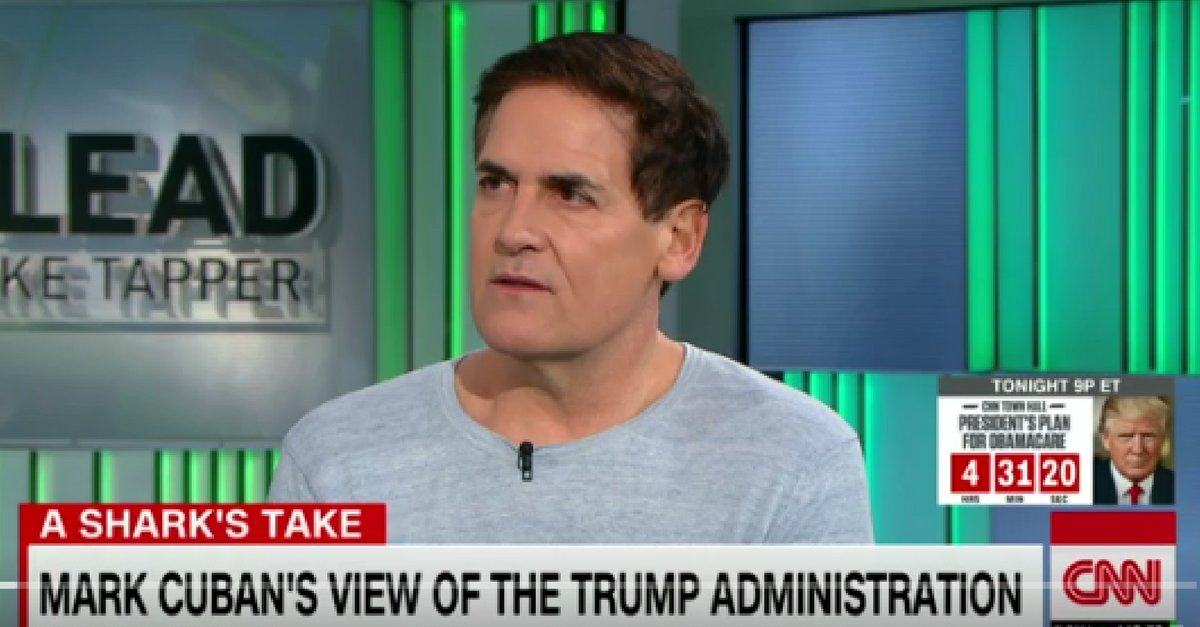