Police in Houston have arrested two men in connection with the brutal killing of girl named Genesis, who was found shot to death in the street on Feb. 16.

The two face charges of aggravated kidnapping and murder, and both have immigration holds. The accused are MS-13 gang members from El Salvador, and one of them apparently carried out the killing as part of a satanic ritual.

RELATED: The verdict is in for a teen accused of killing his friend and Snapchatting a selfie with his body

According to KPRC, a 14-year-old witness who was held captive like Genesis said the girl was killed after she objected to a diabolic shrine. Miguel Angel Alvarez-Flores, 22, who goes by “Diabolico,” would later say that he was ordered to kill the girl.

The witness, KPRC reports, said “he gave an offering of a lit cigarette to the satanic statue, prosecutors said, but then told the group that the beast did not want a material offering but wanted a soul.”

Along with Alvarez-Flores, 18-year-old Diego Alexander Hernandez-Rivera was arrested.

The witness told authorities that she was kidnapped, held, given alcohol, drugged and raped after she ran away from school. She said she was held for 18 days. That witness claimed that Alvarez-Flores, who she identified by his street name, tattooed a grim reaper on her leg.

Police said that it appeared the victim was killed by gunshots to the head and chest, driven elsewhere and dumped in the street. The two men are each believed to have fired a shot.

RELATED: A family is mourning the loss of a 20-year-old pregnant mom shot next to her infant son

Chillingly, Hernandez-Rivera confessed that Alvarez-Flores told him to “prepare yourself, it is your turn” before the shooting, interpreting as an order to kill.

Hernandez-Rivera’s lawyer suggested that the statement will end up inadmissible.

“I’m always cautious to call a statement a confession because until I see it with my own eyes and see how it was obtained, it could just be a statement about what he saw or what he heard,” Attorney Emily Detoto said. “Even if it was a confession, if it wasn’t constitutionally obtained, then it probably wouldn’t be admissible anyway.”

The two suspects are being held at the Harris County jail on $150,000 bond. 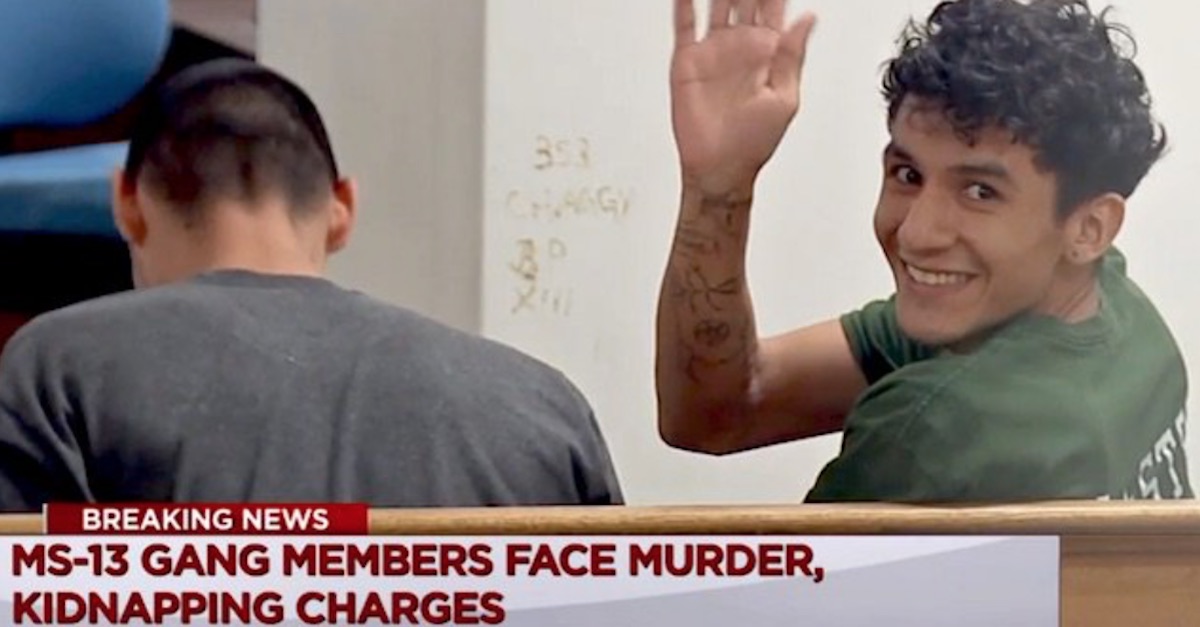