TV Reporter And Cameraman Robbed At Gunpoint While Live On Air 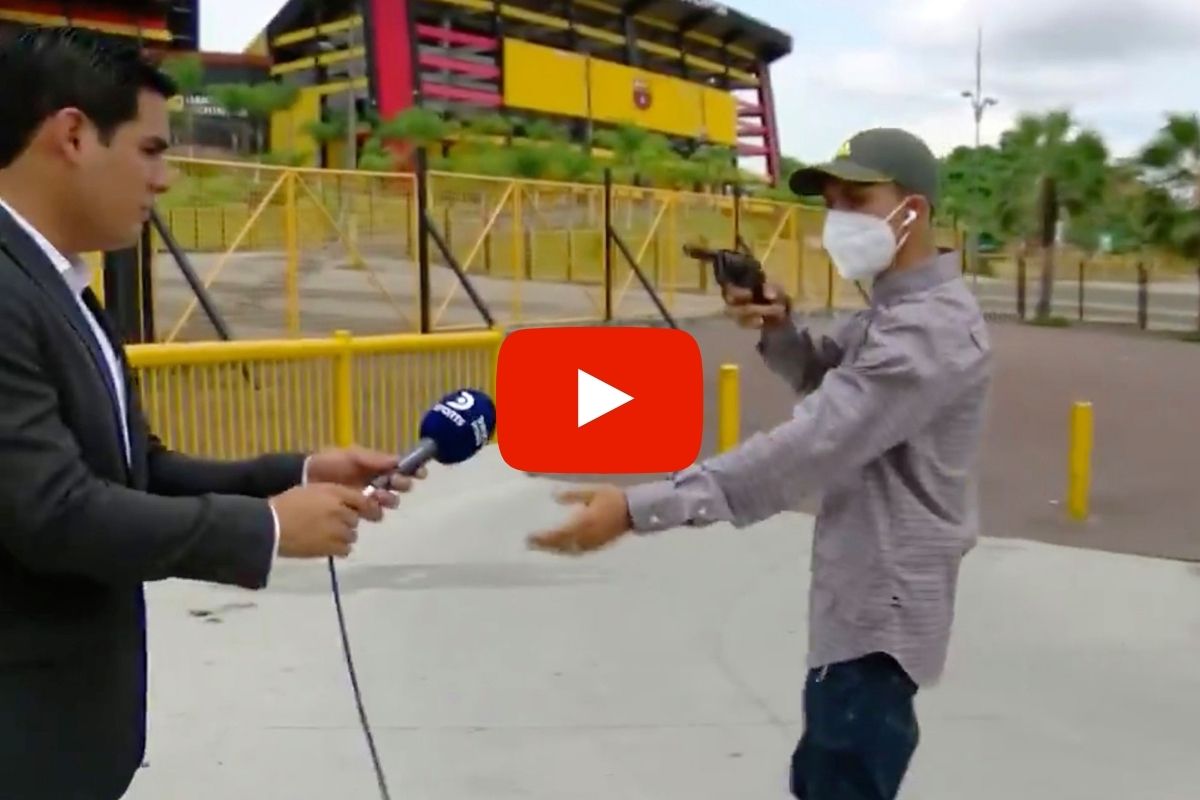 What in the world is going on in Ecuador? Can’t you see that the entire world is basically crumbling down and now you just want to make it worse? Let me just say that robbing someone in pure light in front of a freaking live camera is insane. Not only that, but it’s insanely reckless because someone out there will probably recognize you.

However, after looking at this video, I’m not surprised about the situation, it kind of seems that this happens all the time. Don’t quote me on this. I do not know if this happens on a regular basis in Ecuador, but it just gives me this little vibe. Why do I think that? Well throughout this whole situation, there’s just a random civilian moving along out of the frame as if nothing is going on and there is not a man holding two people at gunpoint.

Let me explain the whole situation to you before you give your two cents. Basically, a TV reporter and his cameraman were robbed while on live tv. Luckily for us, the incident was captured, showing the shocking moment that the armed robber pointed a handgun straight at them. Sports reporter Diego Ordinola decided to share the video of the bizarre live broadcast robbery as the DirecTV Sports TV crew was filming outside the Estadio Monumental football stadium located in Tarqui, Guayaquil.

The Ecuadorian gunman is seen getting closer to the reporter, as he is heard saying ?Telephone!? swiping away the microphone that the reporter was using. The suspect is shown wearing a shirt and a cap while wearing a face mask, because well, we’re in the middle of a pandemic. The man then raises his weapon to the camera operator before grabbing a phone from someone right to the shot. Probably hoping that someone can recognize this evil man, the DirecTV Sports cameraman decided to roll throughout the robbery, following him after a pause, filming him driving away on the back of a motorbike.

?We Can?t Even Work in Peace.?

Your microphone or your life?

Ordinola took to Twitter to comment about the situation, tweeting, ?We can?t even work in peace.? He noted that the police had promised to find the criminals involved in the situation. As expected, the post went insanely viral and several people flooded them with good wishes. And of course, Twitter being Twitter, several decided to take pictures of the motorbike used for the escape, in order to get the license plates and try to identify the man responsible for the attack.

It is still isn’t clear if there have been any arrests or any known suspects, but I have to say, if it’s on social media, then someone for sure will be arrested. If there is anyone I trust to solve a crime, it’s Twitter.

Watch: News Anchor Loses It On Air When She Realizes What a ?Furry Convention? Is