Woman Live-Tweets Argument Between a Couple at an Airport, and We Can’t Stop Cringing 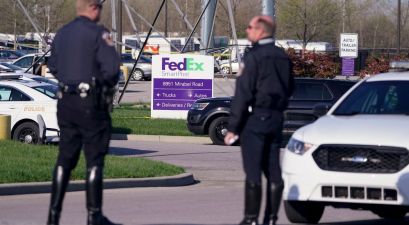 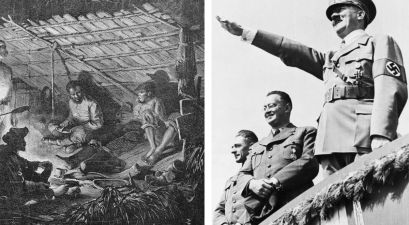 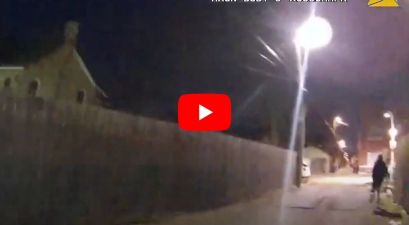 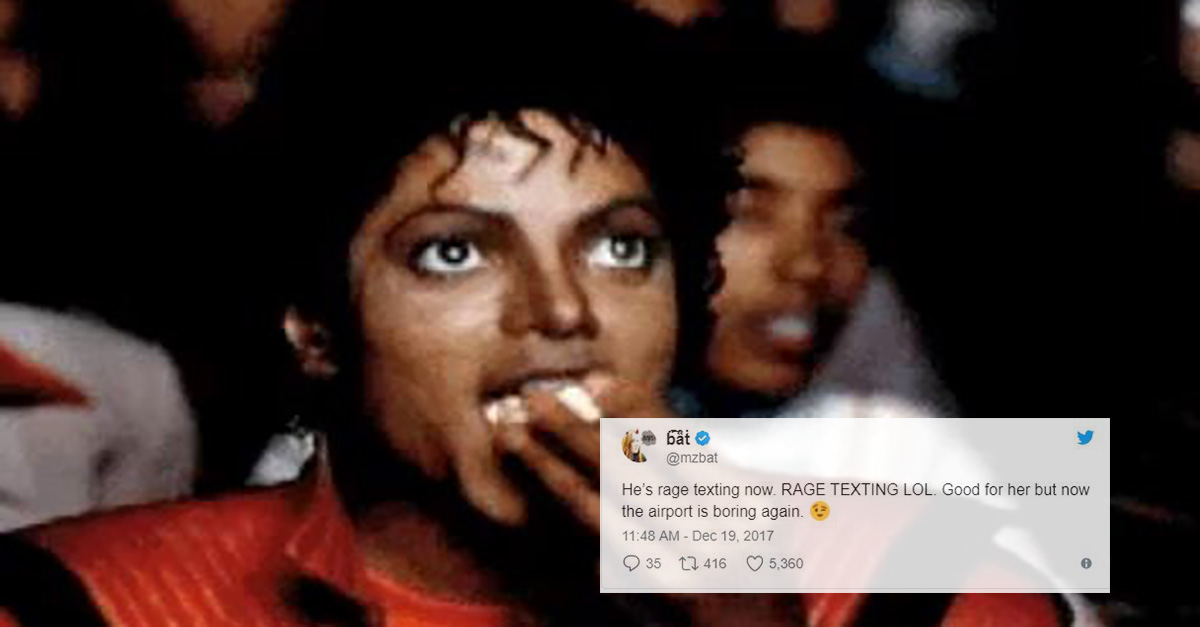 Airports aren’t known for being particularly exciting places, what with all the waiting around for flights and limited access to outlets. It can sometimes be a big pain in the but, and especially your wallet. Therefore, when one such flyer overheard a nearby lover’s quarrel, she did the next logical thing to entertain herself — she listened in and live-tweeted the whole thing. Because let’s face it, we’d all do the same.

The duo Twitter user @mzbat was seated beside were arguing over finances when she began listening in. The man involved was apparently complaining to his partner that he’d be “humiliated” if she earned more money than him. Which is a pretty terrible thing to say, but let’s continue.

Couple beside me at the airport is arguing over money. He just told her if she loved him she’d turn down the promotion bc everyone would know she’d be making more money than him and he’d be humiliated. Holy shit is that really still a thing? wtf

The girl apparently began crying because she wouldn’t want to “jeopardize their relationship,” but the guy wouldn’t budge, telling her “good, then turn down the job.” He then told her, “once [we’re] married and have kids she wouldn’t be working anyway so there’s no point focusing on her career anyway” much to @mzbat’s shock. Which on a side note, shitty thing to say. Let your woman make good money, who cared, dude!

He just told her once they’re married and have kids she wouldn’t be working anyway so there’s no point focusing on her career anyway and I’m rekt. I can’t believe this is 2017.

The woman’s response was the icing on an already dramatic cake, because she apparently wiped her tears and said, “Kids? Who said anything about me ever wanting kids?” before throwing her boarding pass at her (now) ex and sending him off to Cancun without her. YES, girl power to this woman for not letting him have the pleasure of tearing her down! Walk away, sister. Although…I’d totally run to exchange my ticket, but that’s just me.

OMG SHE WIPED HER TEARS & SAID “kids? who said anything about me ever wanting kids?!” pic.twitter.com/WrFXgAWIOz

According to the live tweets, the attentive airport audience cheered her on for ditching her unsupportive man. Can you blame them? The guy was being a douche.

The hilarious viral tweet session ended with a message for the “Brave Airport Lady.” She wrote, “If you ever see this, just know that although I’m sorry you went through this (esp during the holidays), I hope that, one day, you look back on this as a defining moment in your life. Never settle. Follow your heart. You are a goddess.”

Dear Brave Airport Lady, if you ever see this, just know that although I’m sorry you went through this (esp during the holidays), I hope that, one day, you look back on this as a defining moment in your life. Never settle. Follow your heart. You are a goddess. ❤️

Other people shared their own experiences in solidarity, with multiple men applauding their own wives for raking in more dough than them. Because like I said, who freaking cares, bro!

My wife has made more than me since…forever.

Considering she’s about to be making more than her ex, this “Airport Lady” can probably take her own trip to Cancun next time — drama free! Take a trip to Cancun, then to Paris, and then back, sis!