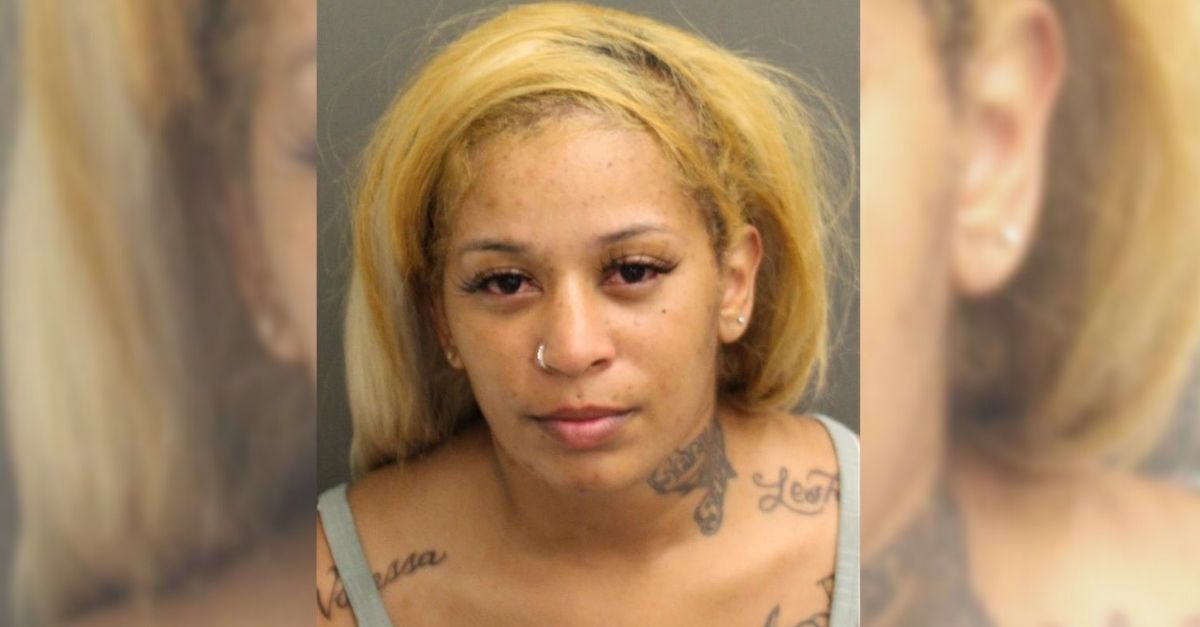 Well, it doesn’t get better than this ladies and gentleman. A Georgia mom who was visiting Disney’s Epcot Center with her family, including her 7-month-old daughter, allegedly filled her diaper bag with more than baby formula and diapers. The woman reportedly had a loaded pistol and marijuana inside. You know, just the usual and necessary items before leaving the house.

27-year-old Yunique Smith was arrested after being accused of carrying the firearms and weed when she showed up at the back entrance of the theme park on July 18th. That Orange County Deputy responded to a report of a guest with a firearm who was in the back entrance of the Florida theme park along with her 7-year-old son and the baby’s father. Another deputy, who was working off-duty shifts at Epcot opened the diaper bag and saw the 9mm handgun in plain view as well as a plastic bag, which was a gallon size, which appeared to be cannabis. According to the police report, Smith admitted to him that the gun and the weed in the child’s diaper bag belong to her.

OMG!!! What's up with some people these days??? Unbelievable!!!

An Epcot security noted, “while searching for the diaper bag I noticed another firearm in the bottom of the bag.” The officer then identified the second weapon as a 45 caliber handgun. A record search quickly indicated that Smith didn’t have a permit to carry a concealed weapon. Obviously, Walt Disney World prohibits all guests, including those with concealed weapon permits, from bringing any kind of firearm into this theme park. Smith, who had less than 20 grams of weed, was charged with carrying a concealed weapon and marijuana possession. Both charges are misdemeanors.

So, does this Georgia woman deserve to go to jail? No, probably not, I don’t think she was intending on using it on someone rather just using it for protection. But still, don’t be dumb, don’t carry a weapon where you know they’re going to be tons of children out and about. And what mentality do you think carrying a gun at Disney is the right thing to do? That’s just stupid. Also, hide your weed better, people. Y’all are getting too confident.

Watch: Disney Is Changing The Splash Mountain Ride Amid Criticism Over Racist Film