Menu
Follow us
Search
Menu
Search
FILE - In this Tuesday, March 14, 2017 file photo, a woman holds her daughters as gunshots are heard in a neighborhood recently liberated by Iraqi security forces in western Mosul, Iraq. As the U.S.-led coalition ramps up the fight against the Islamic State group in Iraq and Syria, claims of civilian casualties caused by airstrikes have spiked dramatically. The toll, both in infrastructure destroyed and in lives lost, has the potential to undercut U.S. military victories, stoking resentment and a backlash that could play into the hands of the militants. (AP Photo/Felipe Dana, File)

When President Obama was about to exit the Oval Office, I wrote here at Rare that his drone warfare is an indelible black mark on his legacy. As I noted then, drone hits were never the “surgical” procedure Obama made them out be, and the Obama administration’s Orwellian rules for classifying civilian casualties in drone strikes and U.S. military intervention in the Middle East more broadly allowed Washington to massively downplay a shockingly bloody record of innocents killed.

Obama left office claiming his drone program killed only around 100 civilians, but independent estimates put that figure much higher. Now President Trump is in the Oval, and an new investigation finds he’s making this bad situation much, much worse.

Just six months in, Trump is on track to double Obama’s total count of civilian casualties in the air war against ISIS in just one year. The Daily Beast reports:

Civilian casualties from the U.S.-led war against the so-called Islamic State are on pace to double under President Donald Trump, according to an Airwars investigation for The Daily Beast.

Airwars researchers estimate that at least 2,300 civilians likely died from Coalition strikes overseen by the Obama White House — roughly 80 each month in Iraq and Syria. As of July 13, more than 2,200 additional civilians appear to have been killed by Coalition raids since Trump was inaugurated — upwards of 360 per month, or 12 or more civilians killed for every single day of his administration.

The Coalition’s own confirmed casualty numbers — while much lower than other estimates — also show the same trend. Forty percent of the 603 civilians so far admitted killed by the alliance died in just the first four months of Trump’s presidency, the Coalition’s own data show.

To be clear, if this report is correct, Trump is not doubling Obama’s rate of civilian casualties. He’s doubling the Obama administration’s entire civilian kill count over eight years in the span of a single year.

This means that if the current rate of innocent deaths is maintained, and if Trump stays in office as long as Obama did, he’d leave Washington with about 35,200 innocents killed as compared to Obama’s already awful count of 2,300.

That is beyond appalling. It is evil.

RELATED: How Tucker Carlson is helping open up the Republican foreign policy debate

It is also not entirely surprising. Remember, on the campaign trail, Trump summarized his anti-ISIS plan as “bomb the shit out of ’em” (even though this is what has already been happening for years) and boasted of his willingness to commit war crimes, to kill women and even children with family ties to terrorists. Now, he’s doing exactly that plus, as this tally of innocent deaths indicates, a whole a lot more.

There is no excusing this. There is no defending this. And there is certainly no justifying this. Today — no, yesterday — is the time for President Trump’s supporters to make sure he knows this carelessness toward human life cannot and will not make America great or even safe. It will make us monstrous. 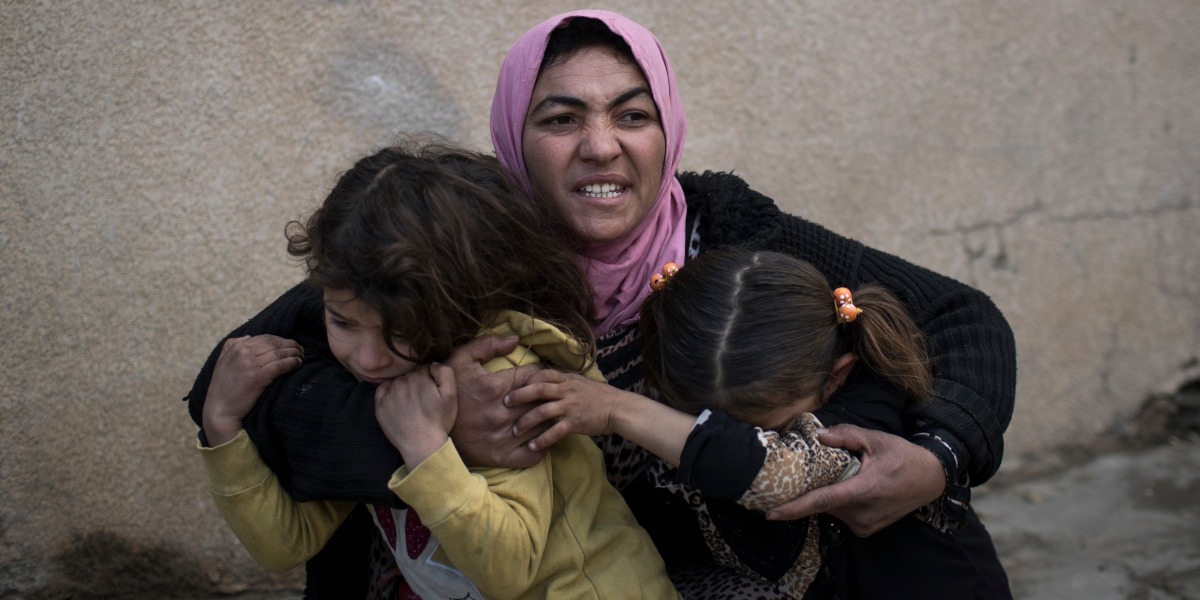