This year, the hottest issue at CPAC is rolling back the regulatory state 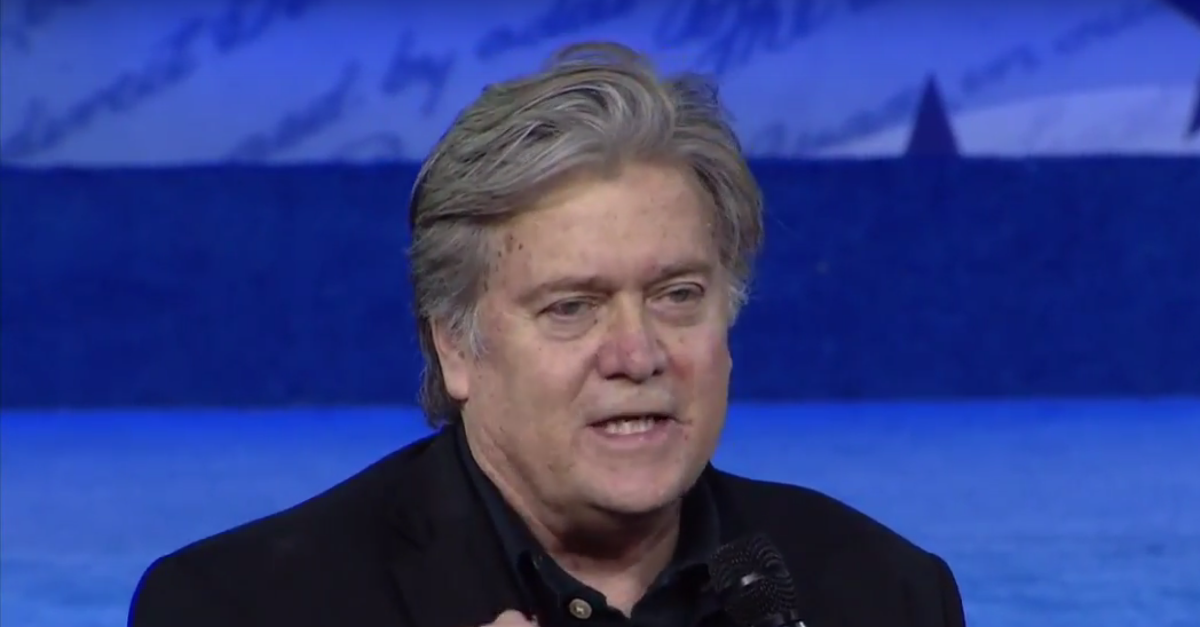 NATIONAL HARBOR, MARYLAND — The worst event at the Conservative Political Action Conference (CPAC) so far was a panel discussion called “When did World War III begin?” The answer to that question is, of course, never, and if you guys would stop rattling sabers with Russia we might just keep it that way. But the panelists, among them Sheriff David Clarke clad in a cowboy hat, thought differently. And when one of them suggested that Donald Trump’s election had done much to set back the local Bolshevik conspiracy, I was sent careening outside for a cigarette. It was a beautiful day here in southern Maryland, sunny and in the mid-70s, too temperate for neocon bloodsport.

National security is always a front-and-center issue at CPAC, good for a passionate standing ovation or two. Lately it’s been dividing the attendees, too, the young doves versus geriatric hawks dichotomy that I’ve written about before. And yet, despite the relentless immigrant baiting and Muslim slapping that Donald Trump has brought to our fold, security hasn’t been the marquee cause at CPAC this year.

That would be regulatory reform. It’s what all the cool kids are talking about.

RELATED: At CPAC, Republican governors remind us where the true conservative talent lies

It began with a lecture by Dr. Larry Arnn yesterday. Arnn, a thoughtful intellectual whose book on Churchill I just finished—all conservative intellectuals are required by statute to have a book on Churchill, though this one is quite good—spent most of his time outlining why the unaccountable regulatory state is a threat to constitutional government. If Trump is able to rein in the bureaucrats, he said, then that should be good enough for us. I’m still unpersuaded on that last part, but Arnn’s address was a good one and well-received.

All of CPAC was on tenterhooks yesterday for Steve Bannon. Rasputin crossed with Robespierre plus blood dripping from his fangs is how the media likes to portray Donald Trump’s ideas man, so a rare public appearance by him was unmissable. He was mostly gregarious though occasionally his inner revolutionary peeked through (“If you think you’re going to get your country back without a fight, you’re dead wrong!”). He discussed what he called the “three buckets of Trump’s agenda:” national security, economic nationalism and “the deconstruction of the administrative state.”

That last one was particularly noteworthy, both because he emphasized it more than the others and because everyone has heard Trump fulminate extensively against radical Islam and Chinese trade shenanigans. Less so the bureaucratic behemoth. And it’s no mere applause line: the Trump administration has already saved the economy almost $3 billion by rolling back eleventh-hour Obama regulations.

So if anyone at CPAC is looking to gloat at the bars tonight, advocating the passage of the REINS Act is the way to go.

Just kidding, even here that still makes you a dork, but it is remarkable how often the subject of regulatory reform comes up, given the abundance of other sexier subjects. Part of this, surely, is that activists tend to rally behind the party leader and right now the party leader is under attack by the deep state. All those Politico stories quoting anonymous bureaucrats boasting about their plans to undermine the president—you can’t understate how crazy that makes conservatives, even those of us who can’t stand Trump. The regulatory state is neither elected nor constitutionally provided for. Just who the hell do these people think they are?

It may be that a wonky cause has at last found a popular political touchstone. If so, and if Steve Bannon was really serious about that third bucket, then good luck to him. Against our formidable bureaucracy, he’s going to need it.