Bill Kristol is wrong about populism, Ron Paul, Rand Paul and just about everything else 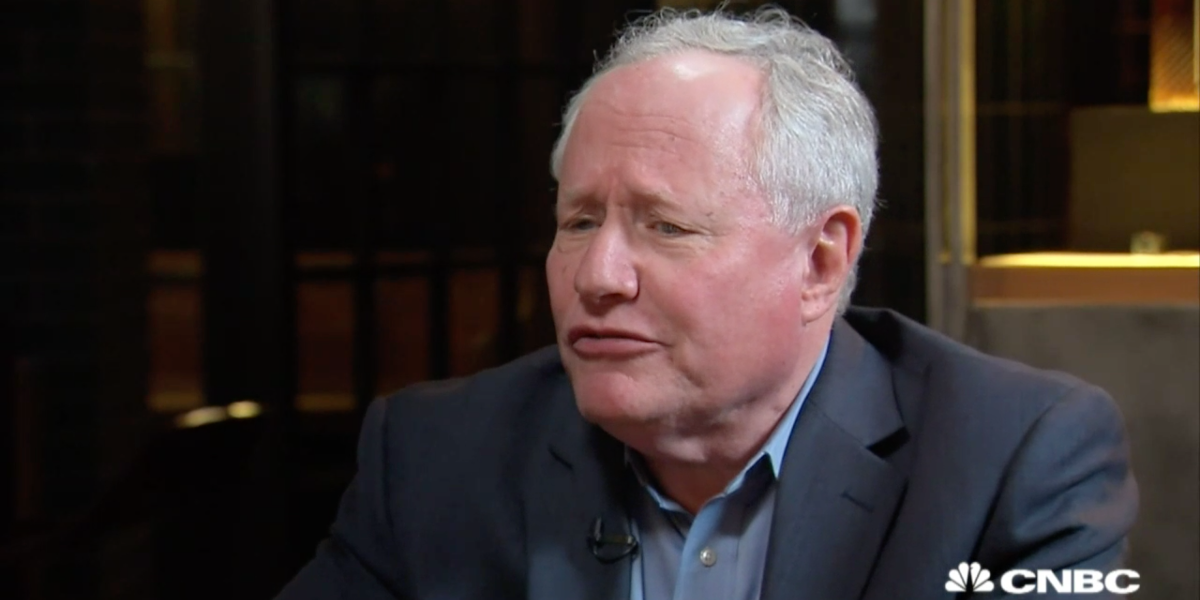 CNBC published an interview Thursday with the headline, “Bill Kristol was once the voice of the Republican Party. Now he’s one of Trump’s biggest opponents.”

Bill Kristol was once the voice of the Republican Party. Now he's one of Trump's biggest opponents https://t.co/3Qe9Asseks pic.twitter.com/gBTOY7tDgD

Though many conservatives today might grimace at the notion that the Weekly Standard editor was once “the voice” of the GOP, that statement is essentially correct. The neoconservative pundit’s political philosophy correlated near perfectly with that of the last Republican president, George W. Bush. If Bush-Cheney had an unofficial brain trust, Kristol was its spokesman.

But today, Kristol is now one of Donald Trump’s most outspoken critics on the right, often for good reason. For example, Kristol said in his CNBC interview that Trump brought about, “Some bigotry, some close-mindedness, some intolerance, backward-looking aspects of the movement.”

Kristol isn’t wrong. I spent a better part of the 2016 election and President Trump’s first year also criticizing the darker aspects of the various constituencies that brought him to power.

But that part is about the only thing Kristol gets right in this interview (and in general). After denouncing some of the worst developments of the last two years, in the very next breath Kristol says:

To the credit of the Republican Party and the conservative movement, people have been expelled or marginalized. Pat Buchanan in the ’90s. Ron Paul, Rand Paul in the first decade of this century. Bill Buckley famously expelled the Birchers in 1964. It’s been a movement that’s tried to maintain its boundaries.

But it turned out there were elements there that Trump appealed to. He’s an effective demagogue.

Kristol is correct that these figures and movement represent different forms of populism that have been ascendant at various times within the Republican Party.

RARE POV: The Mueller story is one more piece of evidence in the obstruction of justice case

He’s wrong that they all represent the same thing.

The Pat Buchanan insurgence of the ‘90s bears the closest resemblance to Trumpism, with both sharing protectionist and anti-immigrant themes. The John Birch Society in the ‘60s was definitely conspiracy theory-minded, sort of the Alex Jones faction of their day. Both Buchananites and Birchers were also anti-war (more on that later).

But unlike those two groups, Ron Paul’s liberty movement that took flight in 2008 and grew through 2012 and beyond was for free markets and free trade (Paul’s opposition to deals like NAFTA was not because he wanted to impose tariffs, like Buchanan and Trump, but he believed they weren’t true free trade).

When it came to immigrants or racial and religious minorities, Paul’s political brand not only stands in stark contrast to Buchanan, Birch and Trump, but also at the time was a healthy break from some of the darker elements of the Republican Party and conservative movement in 2008 (it was one reason the Paul campaign attracted so many young people). It was an era when anti-immigrant and particularly anti-Arab sentiment on the right had reached fever pitch, post-9-11. President Bush and moderate Republicans might have unsuccessfully pushed for immigration reform and were careful to never become demagogic in their language, but the conservative base had become increasingly willing to demonize immigrants, both Hispanic and Middle Eastern.

In the midst of this environment, on a Republican debate stage during the 2008 presidential election, Ron Paul said, “If we had a truly free-market economy, the illegal immigrants would not be the scapegoat.”

This sentence alone is the complete opposite of nativist and protectionist populism.

Ron Paul would also talk about how the drug war disproportionately affected minorities. His son Rand Paul would become a U.S. senator and went arguably even further with minority outreach, bringing a libertarian-conservative message to non-white Americans who weren’t used to Republicans even acknowledging their existence.

This is not “demagoguery,” Mr. Kristol. It’s the opposite.

I can’t tell you how many people I met during the 2008 and 2012 Ron Paul campaigns who were once more conventionally conservative in their views about immigrants and Islam, who became more tolerant through trading that kind of collectivist thinking for a healthier libertarian individualism (including me).

If Kristol believes Trump has unleashed racist tendencies with the Republican Party, it is the liberty faction of the GOP most popularly represented by the Paul family that has tried to take the party in the opposite direction.

Let’s also not pretend for one moment, Mr. Kristol, that while the shrewder neoconservatives and Republican hawks of your ilk never bashed Muslims outright, anti-Arab bigotry helped maintain support within the GOP base for the wars in Iraq and Afghanistan long after the rest of the country and the world had soured on them. President Bush might have sold those wars in positive terms and said “Islam is peace,” but as The American Conservative’s Jim Antle observed in 2016, “Anti-Muslim paranoia probably did more to whip up grassroots enthusiasm for, say, invading Iraq than did high-minded talk about the freedom agenda or democracy promotion.”

The anti-Muslim bigotry that festered on the right when magazines like the Weekly Standard were pushing for the U.S. to invade Iraq were more helpful to that effort than it’s cheerleaders like Kristol will ever admit.

But Kristol is right that like Pat Buchanan and the John Birch Society, Ron and Rand Paul are anti-war. He is right that they are all populists of different stripes.

Which reveals what Kristol is really against, more than Trump specifically or even some of the bigotry associated with the president: Kristol is vehemently opposed to being anti-war and/or populist.

It’s not unfair to call Kristol pro-war. It sounds crazy to say anyone is actually in favor of anything as horrific and tragic as war, but in Kristol’s case, it’s true. He’s even been accused of loving war.

If the Republican Party was once firmly ensconced in the more war-any war camp of Bush, Kristol, and 2008 GOP presidential nominee John McCain, and that school of thought has been challenged since by not only the Pauls, but even the current Republican president, you’re not going to be a fan of populism (when Kristol once thought he could channel a pro-war populism through Sarah Palin, he didn’t have as much of a problem with it).

Kristol can point to the “close-mindedness” and “intolerance” of Trump and populism in general, and even be right in those criticisms, but that’s not what bothers him most. That’s the low-hanging fruit Kristol knows he can find the most consensus on with the widest audiences to demonstrate how Trump and populism are inherently bad.

No, Kristol is far more bothered that as the former “voice” of the Republican Party, he no longer has ideological hegemony.

Kristol desperately wants the GOP to go back to what it was a decade ago, or better yet, around 2003 (His choice for president in 2016, Independent Evan McMullin, was precisely that—a candidate for those who wanted to preserve George W. Bush’s Republican legacy). If Trump had never bashed Bush or the Iraq War, who knows what Kristol might sound like right now, particularly as President Trump in practice has actually conducted a foreign policy not so out-of-line with his hawkish Republican predecessor.

Kristol said in his CNBC interview, “if Trump had run in 2015 and lost the way other outside businessmen ran and lost, the way demagogues I would say like Buchanan or Ron Paul ran and lost, and Marco Rubio or Jeb Bush or Scott Walker or any of these people had been the nominee, I think anyone would have said, ‘You know what? Actually, what’s striking is the continuity of the party.'”

“The continuity of the party” would have been preserved.

But that’s not what voters wanted. That Republican consensus needed to change. Americans want Washington in general to change. It’s part of why Trump was elected. It’s part of why Bernie Sanders was such a sensation in the Democratic primaries. It’s also why Kristol and so many of his neocon friends were warmer to Hillary Clinton than the Republican nominee in their vain efforts to protect the status quo.

Republican voters didn’t want Bill Kristol or his version of who he thought they should be anymore. You don’t have to like Donald Trump to call that a positive development.