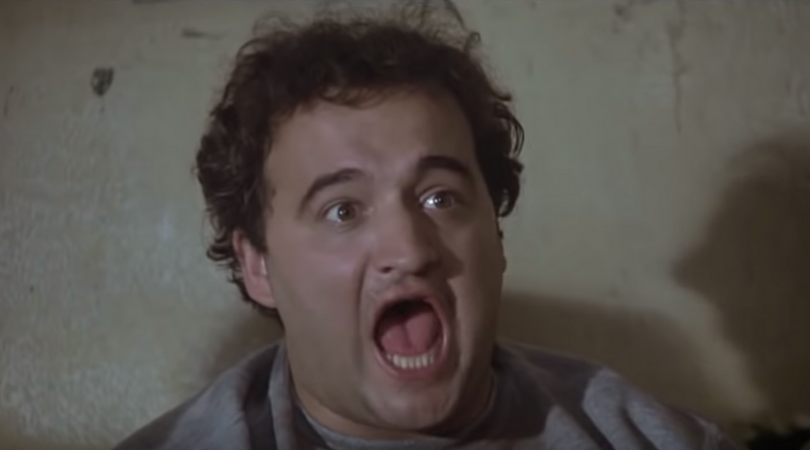 A lot more comedies are given the label “timeless” than probably deserve it. They’re beloved long after they’ve come out but mostly by the people who they were made for all those years ago. If you were 20 years old in 1975 you’d be 64 now. If a person loved a comedy they saw in college and still loves it when they’re retired does that really make that comedy timeless? Shouldn’t the benchmark for timelessness be people from a younger generation loving that same comedy?

Our society’s dramatic sensibilities don’t change much. We like to see characters die and people who aren’t supposed to be having sex with each other have sex. (We’re still obsessed with Shakespeare 500 years later.) Comedic sensibilities, on the other hand, are ever-evolving. They change so quickly that it’s impossible to even label them generationally. “When were you in high school?” is probably a better question to ask if you want to know what someone finds funny. Most often, younger people will recognize that a comedy was beloved by an older generation and acknowledge that someone once revered it even though they themselves don’t find it all that funny.

These eight films, however, come as close to being objectively transcendent of the time in which they were made as any comedy can hope to.

This might be the most timeless comedy of all time, and this one scene in and of itself proves why. It contains multitudes. You have some slapstick with the film’s recurring horse bit and some bathroom humor. The Holy Hand Grenade bit (especially the reading from the Book of Armaments) is oh, you know, just a casually inserted, off-handed, razor-sharp send-up of religion and Catholicism.

Then there’s the crux of the scene. The rabbit. The over the top violence combined with outright silliness is literally decades ahead of its time. It’s the sort of thing you see in shows that are considered cutting edge today, like Rick and Morty and South Park.

And no one screams, “Jesus Christ!” funnier than Graham Champman.

Animal House has, basically from the day it premiered, had a reputation for being a raunchy comedy. It’s the Godfather of raunchy comedies. But the movie came out a long time ago. What is considered “vulgar” in 2019 would probably be considered pornographic in 1978, when Animal House was released. So why does Animal House resonate across generations? Because it’s really, really damn clever too.

The raunch might not have the same punch it once did, but the sarcasm is as sharp as the day this movie came out.

“Well now if that don’t beat all. Here we take the good time and trouble to slaughter every last Indian in the west and for what? So they can appoint a sheriff that’s blacker than any Indian? I am depressed.”

In a country that’s pretty much constantly examining and socially litigating its racial issues, arguably the greatest comedy ever made about race isn’t going to lose relevance any time soon. Oh and also it’s brilliantly written.

Three clips were needed here to really hammer home just how ludicrously timeless Monty Python’s satire is. Life of Brian is a satirical take on the life and ministry of Jesus but the parts of the film that resonate the most are the scenes with The People’s Front of Judea. If these were re-filmed today and shown to an audience who had no idea what Life of Brian was they’d think it was brilliant modern satire. This was made in 1979. These scenes skewer gender politics, intersectionality, and resistance movements more concerned with being self-righteous than accomplishing anything. Sound familiar?

The movie isn’t as cutting or laugh out loud funny as any of the others on this list but there’s a zero percent chance anyone, of any age, watches this movie and doesn’t finish it happy. Sometimes a comedy just needs to make you smile.

All things considered, there’s really not a better argument for a comedy than, “Did you laugh?” If, “Have you ever seen a grown man naked?” doesn’t get you then everything Kareem says will. This movie has roughly 20 million of those moments.

Caddyshack, like with Animal House, had a reputation for being a raunchy movie when it came out. (Makes sense, both films were written in part by Harold Ramis). Though the candy bar/poop scene is still pretty great, it’s the characters that keep this movie timeless. This scene reads like it’s straight out of a Seth Rogen movie or a critically acclaimed sitcom like Seinfeld or The Good Place.

“Turned up to 11” is a thing people say without even knowing where it came from. The original mockumentary isn’t just brilliant, it’s tailor-made for a generation obsessed with The Office.