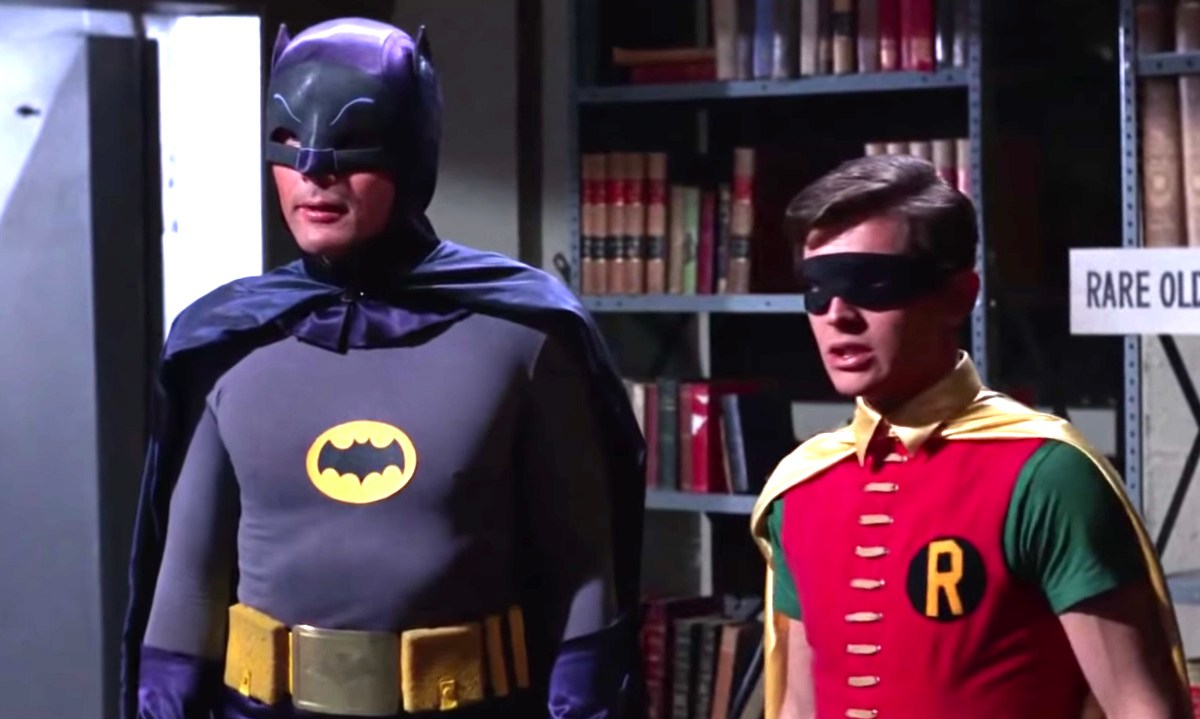 Long story short, ABC wanted something long, short. Burt Ward, who played the Dark Knight’s trusty sidekick Robin on the cheesy, 1960s TV version of Batman starring Adam West as the Caped Crusader, recently told reporters that during his days fighting crime in Gotham the network requested he hide his apparently monster dong. The sidekick was packing a kickstand, it turns out.

According to Ward, who recently received a star on the Hollywood Walk of Fame, the Catholic League of Decency complained that too many altar boys were getting a peek at his bishop and ABC agreed. (Also according to Ward, while his tights were showing off his all-natural beef, Adam West was stuffing his shorts with Turkish towels.)

So ABC had Ward see a doctor who prescribed him pills that would “shrink him up.” Ward says he took the pills for three days before deciding that taking medicine that would make his genitalia shrink up inside of him was a terrible idea and he should not do it.

After informing ABC that he would no longer consent to poisoning his blue-ribbon hog for the show the network went to Plan B, which was to simply shoot him from less revealing angles. So, to recap, the network’s Plan A was to chemically castrate its star, and its Plan B was to film him from different angles.

Ward is lucky the execs didn’t call him into their office and say, “Listen son, you’ve got a torpedo to be proud of, that’s for certain. But we can’t have ya showin’ it off every Saturday morning to every Timmy and Johnny between here and Schenectady. I’m sorry but if you wanna keep playing the Boy Wonder you’re going to have to wonder if you’re a boy every time you look down at yourself in the John. Because we’re gonna need ya to cut your penis off, Burt. I’m sorry. It’s the only way. We’ve booked you the surgery. But the good news is we’ll keep it on ice and when the show’s run finishes we know some very talented former Nazi doctors who can stitch it right back on.”

This story was originally published January 13, 2020.

Watch: What Did the ‘Florida Joker’ Get Arrested For?