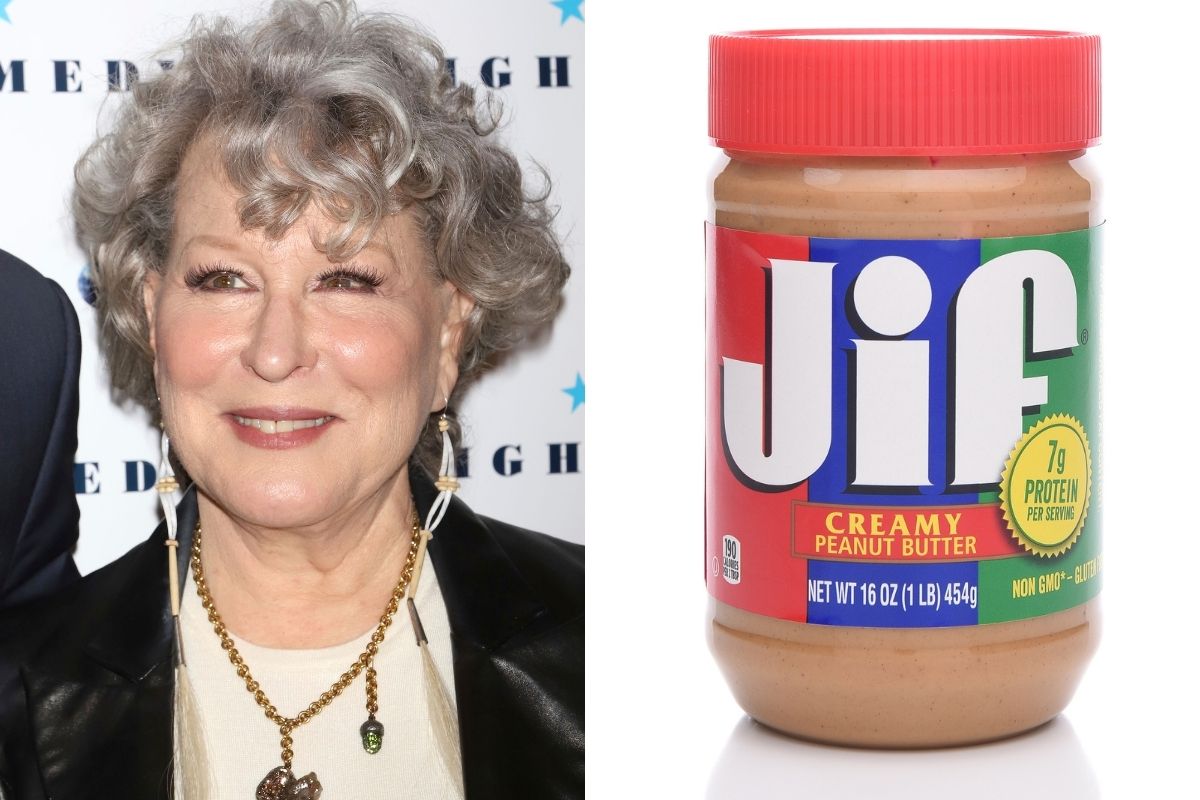 Halloween queen Bette Midler has been widely known for her loud outspokenness on social media. And she normally (for good reasons) gets criticized by everybody, regardless of political affiliation, for the things that she says, considering her words tend to be extremely out of line. Now the iconic Sanderson sister has been deemed an “elitist schmuck” for an awful meme she posted. And the mistake she made while attempting to make her point is hilarious.

This time, she decided to threaten parents who hadn’t vaccinated their children yet with peanut butter. Yes, you read that right. She threatened those whose kids hadn’t received COVID-19 vaccinations yet with peanut butter, comparing allowing unvaccinated children in schools to bringing peanut butter to schools regardless of those who have peanut allergies. Keep in mind, children are just now being given the okay to receive the coronavirus vaccine. And school is about to be out for the summer.

Bette Midler Attacks Parents Who Haven’t Vaccinated Their Children Yet

Midler has only one child, a 34-year-old daughter, but decided to interject anyways on the controversial topic that sheds light on whether or not all kids at schools should be vaccinated. She tweeted, ?If my kid can?t bring peanut butter to school then yours can?t bring the deathly plague. Vaccinate or I?m bringing the Jiffy.?

According to the American College of Allergy, Asthma, and Immunology, ?The most severe allergic reaction to peanuts is anaphylaxis ? a life-threatening whole-body response to an allergen. Symptoms may include impaired breathing, swelling in the throat, a sudden drop in blood pressure, pale skin or blue lips, fainting, and dizziness. Anaphylaxis should be treated immediately with epinephrine (adrenaline), typically administered in an auto-injector.?

So it’s safe to say that Midler is, once again, severely out of line for what she said. Hilariously, she confused “Jiffy,” which is actually a popcorn brand, with “Jif,” the actual peanut butter brand she was supposed to mention in her rant. Even though she has been clear about where she stands politically, liberals on social media criticized her as well. One Twitter user said, ?I?m super liberal, very pro vax and science but this isn?t funny. My son, like millions of others, is severely allergic to peanuts and tree nuts! If he touches it he gets hives. If he eats even the tiniest amount, his throat closes, no amount of CPR would help. Do better!?

I’m super liberal, very pro vax and science but this isn’t funny. My son, like millions of others is severely allergic to peanuts and tree nuts! If he touches it he gets hives. If he eats even the tiniest amount, his throat closes, no amount of CPR would help. Do better!

As I mentioned before, this isn’t the first time Midler has spoken out of turn about social and political issues. She has a history of supporting people who have assaulted politicians, calling men and religion “worthless” as a result of a radical Islamist terrorist attack, and insulting Melania Trump by attacking the former First Lady’s heritage. None of these comments were in any way actually warranted and it’s no wonder the Hocus Pocus star is always trending somehow on the Internet.