Candace Cameron Bure Has a ‘Full House’ On Screen and Off 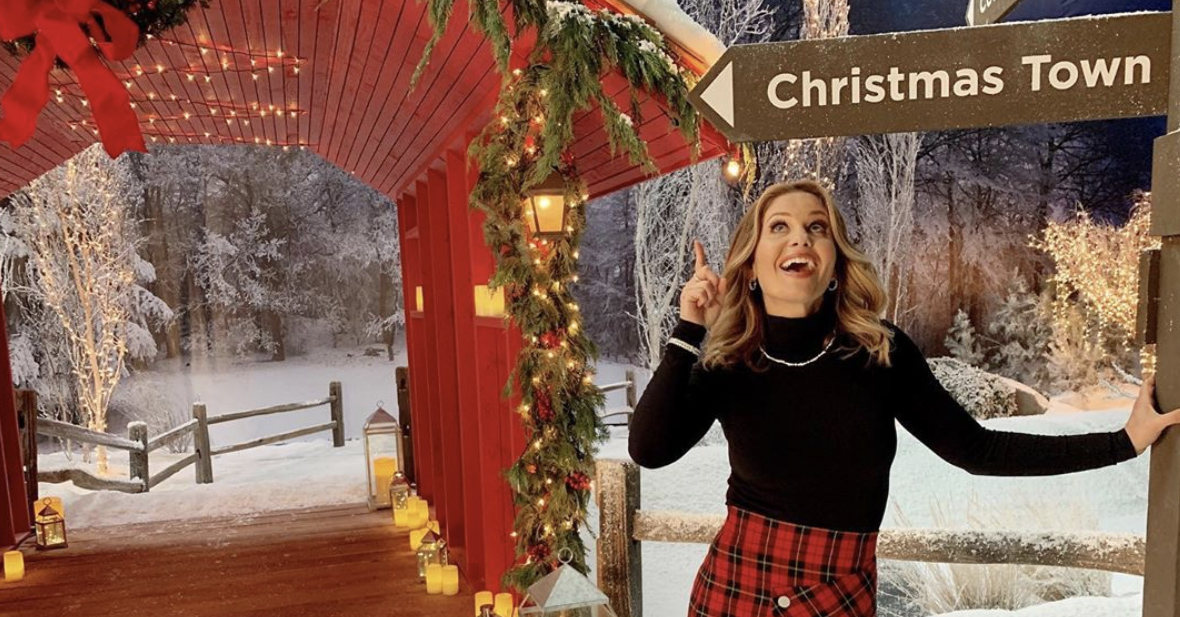 Before Candace Cameron became Candace Cameron Bure, she was a child actress making her debut in guest-starring roles. From St. Elsewhere, Who’s the Boss?, and Some kind of Wonderful before landing the role that launched her first career. We all loved her in the original Full House alongside Lori Loughlin, Jodie Sweetin, John Stamos, Andrea Barber, Bob Saget, Dave Coulier, and the Olsen Twins as the oldest sister in the Tanner Clan. Bure grew up on the show, as she show ran for eight seasons, filming 192 episodes.  While the show ran, she acted in a few other roles and even hosted the Nickelodeon Kid’s Choice Awards.

Happy Valentine’s Day to the loves of my life ❤️💖❤️ – 📸 @melissacoulier

After her run as DJ Tanner on Full House, she took a break to have a life outside of the spotlight. She wed her husband Valeri Bure in 1996. The two have three children, two sons, and a daughter. The eldest, Natasha Bure is 21, Lev Bure is 20, and the youngest, Makism, is 18. Candace and her husband have been together for 24 years now. Because he was an NHL star, she even worked in Canada where Bure lived with him while on hiatus from the entertainment business.

Memories I will cherish forever with this Fuller Family of mine. I hope you’re still out there voting for Fuller House & (maybe) me for the #KCAS on March 22nd 🙌🏼💚🧡 they’ll be here before you know it! Click the link in my bio to vote

Candace Cameron Bure returned to her career in the spotlight in the mid-2000s. In 2008 she started a longterm relationship with the Hallmark Channel. Her first film was a Christmas movie called, Moonlight and Mistletoe. From the movie’s success, she was asked back to film another, and in the time since, has become a Hallmark Channel movie staple, having starred in over twenty films since, in the time since. You can catch her in Hallmark movies Puppy Love, Christmas Under Wraps, A Christmas Detour, Just the Way You Are, Journey Back to Christmas,  Switched for Christmas, including the entire Aurora Teagarden Mystery movie series.

The Full House franchise called again in 2016, giving Bure another chance at her most famous role. Fuller House starred most of the original cast, Jodie Sweetin, John Stamos, Andrea Barber, and Bob Saget as members of the Tanner family continuing life with new viewpoints and roles within the family. The show ran for five seasons, having just wrapped in November of 2019.

She later went on to co-host The View and perform on Dancing With the Stars.

In addition to her steady work, she is also now an author of a children’s book, Grow Candace Grow. It isn’t the actress’ first book. Her first release was in 2011, written while her husband was on the road. Entitled Reshaping It All: Motivation for Physical and Spiritual Fitness, Bure discusses mental toughness and her beliefs.

Today, Candace Cameron Bure is balancing many projects and enjoying her time spent dancing for exercise and filming more Hallmark films for fans of the old Deej and Hallmark movie lovers to enjoy.

Watch: Did You Know Robin Williams Was Rejected as Hagrid in ?Harry Potter??