The Grammy Awards haven’t even started, but there’s already been an artist making a political statement 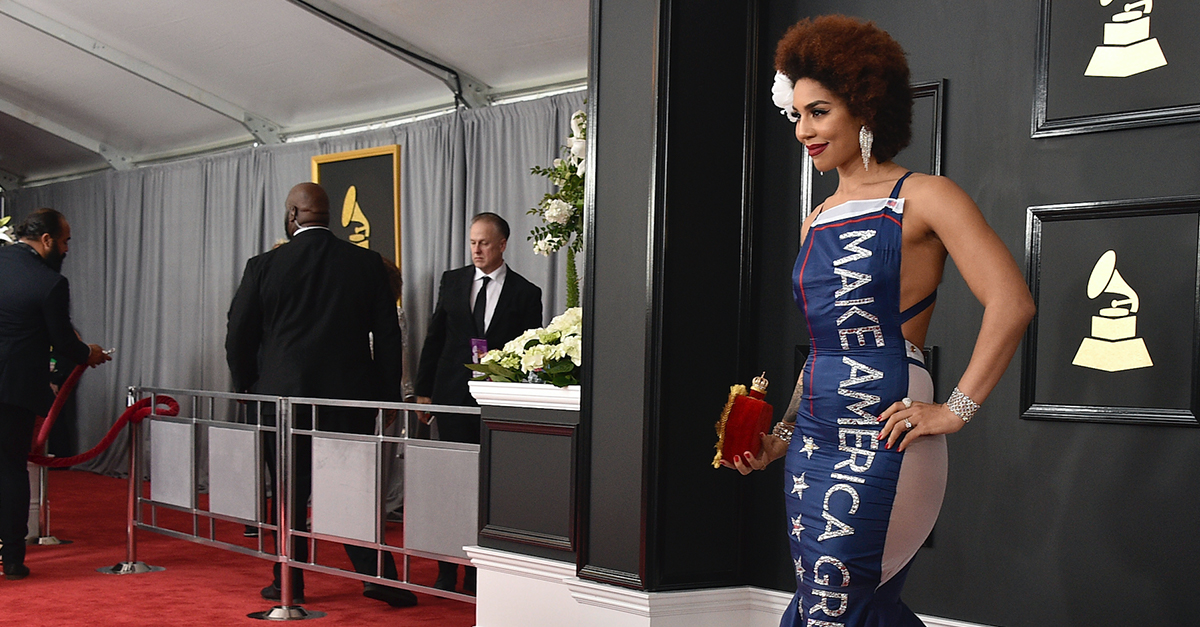 On Sunday evening in Los Angeles, musicians gathered for the 59th Annual Grammy Awards, the biggest night in music for many mainstream musicians.

A night that has been expected to be filled with politics began as singer Joy Villa removed a white shawl to reveal a “Make America Great Again” dress.

Villa’s dress featured stars and President Donald Trump’s MAGA slogan going down the front and had the word TRUMP bedazzled at the bottom of the dress.

It was unclear if Villa’s dress was meant as support for President Trump, or if it was some grade-A level trolling.

According to a resume posted on her website, Villa is an actress and singer who has appeared in the film “Into the Woods,” along with TV shows “Heroes” and “CSI:NY.”

Villa’s appearance was hardly her first red carpet, eye-popping moment. Shortly after she revealed her MAGA dress, other photos of the singer appeared online from previous events.

RELATED: Homesickness, self-discovery, and redemption: The 2017 Album of the Year Grammy nominees