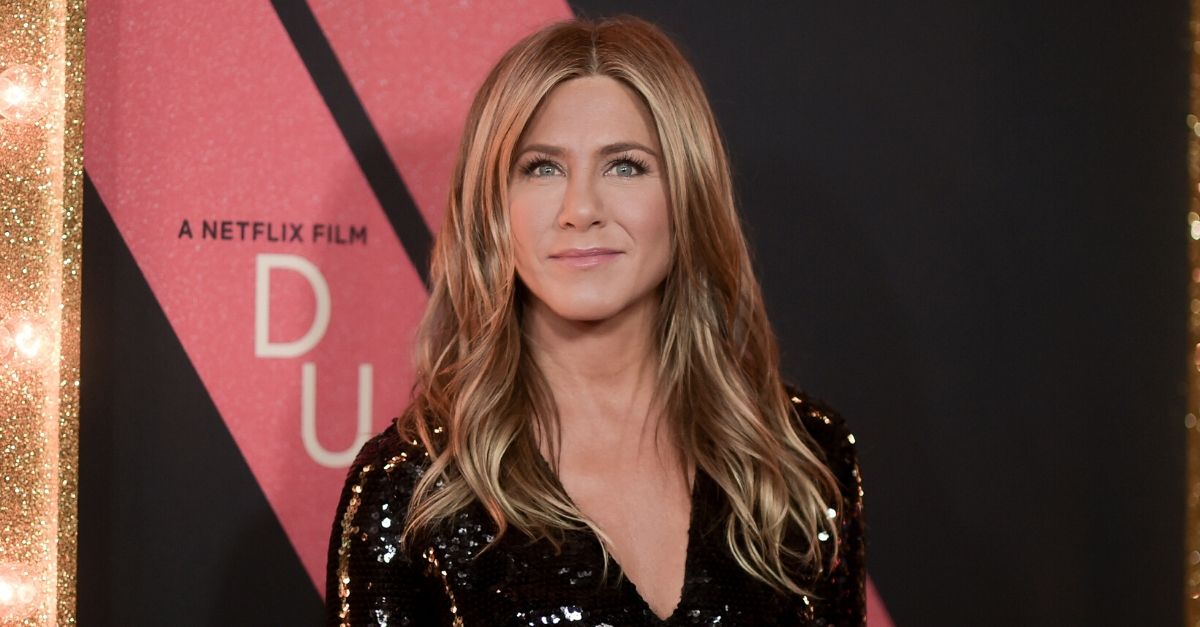 Calling all Rachel Greene fans, this is your time! One of Jennifer Aniston’s most iconic and famous portraits is heading to auction for COVID-19 relief. The Friends actress revealed on her Instagram over the weekend that photographer Mark Seliger organized the auction for a good cause.

The 51-year-old stated, “My dear friend @markseliger teamed up with @radvocacy and @christiesinc to auction 25 of his portraits – including mine – for COVID-19 relief.” The photo was taken back in 1995 during the height of the Tv show’s mania when the photographer was asked to take pictures of the entire cast. The black and white image shows Aniston sitting nude, cross-legged with her hands crossed over her knee which is covering most of her body.

My dear friend @markseliger teamed up with @radvocacy and @christiesinc to auction 25 of his portraits – including mine ☺️- for COVID-19 relief… 100% of sales proceeds of this portrait will go to @NAFClinics, an organization which provides free coronavirus testing and care nationwide to the medically underserved. Link in my bio to learn more about the auction. Thank you again to Mark for allowing me to be part of this ❤️🙏🏼 #radart4aid

Sure enough, due to how stunning Aniston looks, the photograph became one of Seliger’s most famous works. The actress said 100 percent of the sales proceeds of the photo will go to @NAFClinics, National Association of Free and Charitable Clinics, which is an organization that provides free coronavirus testing, and “care nationwide to the medically underserved.” The Instagram account for NAFC Clinics responded to the actress’s announcement, thanking her for selecting NAFC as her charity of choice.

There will also be other photos that Seliger is auctioning for Red Carpet Advocacy and Christie’s auction house, including Julia Louis Dreyfus’ nude shot. The photo features the Constitution, which was written on her back, others include Kieth Richards 2011 cover for GQ and Amy Schumer’s with stormtroopers.

If you would like to bid for the nude portrait up for auction you can visit the RADArt4Aid’s website. Aniston’s portrait was estimated to reach up to $7,000 but a current bid has already reached up to $8,000 as of June 4. The auction is said to last until June 12.