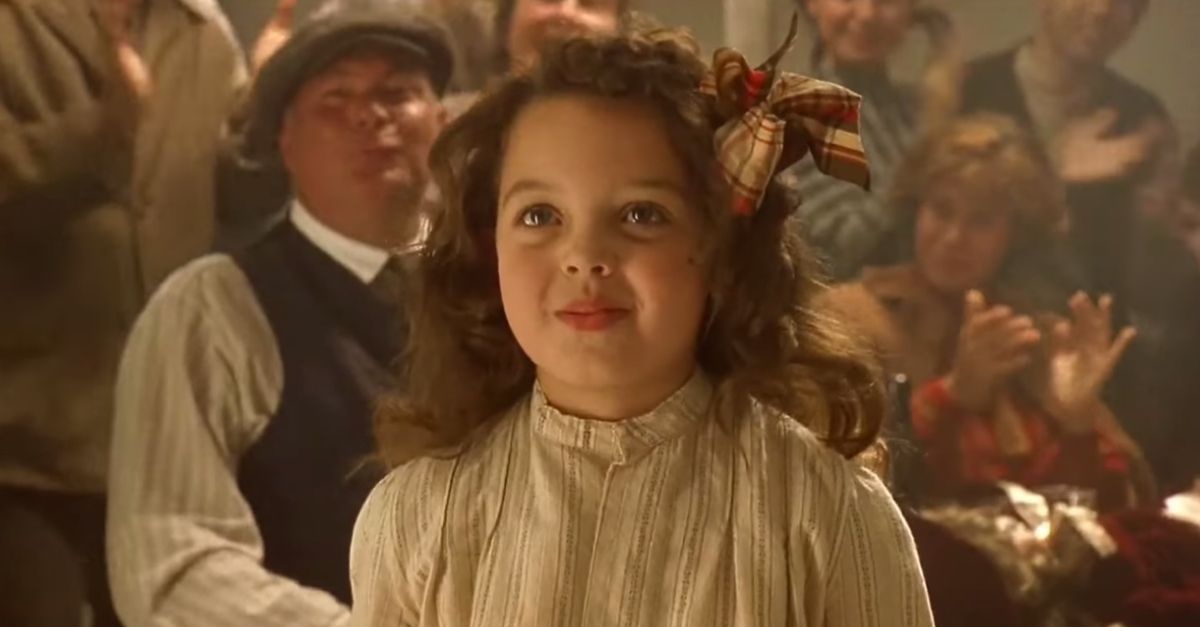 Some things we do in childhood fade into the background. Other times these things come to define us. As for American actress Alexandrea Kathryn Owens-Sarno, who played perhaps the most famous little girl in the Titanic, it’s somewhere in between.

During the filming of the Titanic, Alexandrea Owens was a wide-eyed youngster with curly brown hair. She landed the role of Cora Cartmell, a child steerage passenger aboard the lavish cruise liner. If you’re wondering how the youngster got the opportunity for all that face time with a twenty-something Leonardo DiCaprio and Kate Winslet, it’s somewhere between a funny story and a family affair.

Alexandrea Owens Sarno was named after a Flashdance character. Her mother, Kathryn Owens, who’d participated in beauty pageants, thought her two daughters were just too cute to not be seen. Her daughter, Alexandrea, was itching to start her acting career. So, when she heard that Titanic was holding an open casting for extras in, she drove them there. While the three of them waited, Kathryn told her daughters, Alex and Rachel, the real story behind the Titanic.

Horrified, a very young Rachel started to cry…hard. As if on cue, the casting director walked by. She said, “Get that kid in a costume. Get her on a lifeboat right now.” Rachel was up for the role of ‘random child’ who cried when Billy Zane tries to get a spot on a lifeboat, pretending to be a single dad. The tears brought attention to Alex as well. She was told to audition for the role of Cora. The Owens girls all left with extra work that day.

Between late 1996 and early 1997, the Owens family spent a little over a week on the set of James Cameron’s soon-to-be masterpiece.  Lucky for Alexandrea many of her scenes were with Leonardo DiCaprio, who played Jack Dawson in the film. on set, he was the perfect buddy. He brought her peanut butter sandwiches from craft see services, doodles pictures, and endlessly made her laugh. To the world, he was a soon-to-be A-lister, but to her, he was Leo, her friend.

Since her brush with fame (yes, she does get DM’s saying “you’re still my best girl, Cora”), her acting career has mostly been on pause. She got an agent after the movie premiered, but the drive from San Diego to Los Angeles was too much for her family. She decided to end her pursuit when she lost the tole of Inspector Gadget‘s Penny (played by Michelle Trachtenberg) finished high school and attended California State University for writing and chemistry.

Today she is living in LA, pursuing acting and producing. She has acted in a few shorts including Enjoy the View and A Closer Walk with Thee, and Mister Harmac, which is currently in post-production according to IMDB. Outside of acting, she also produced and acted in Con Actors, a 2020 film. You can check her out and keep up with her on Instagram @alexowenssarno!

Watch: Titanic ll Will Set Sail in 2022 and We Are So Ready!