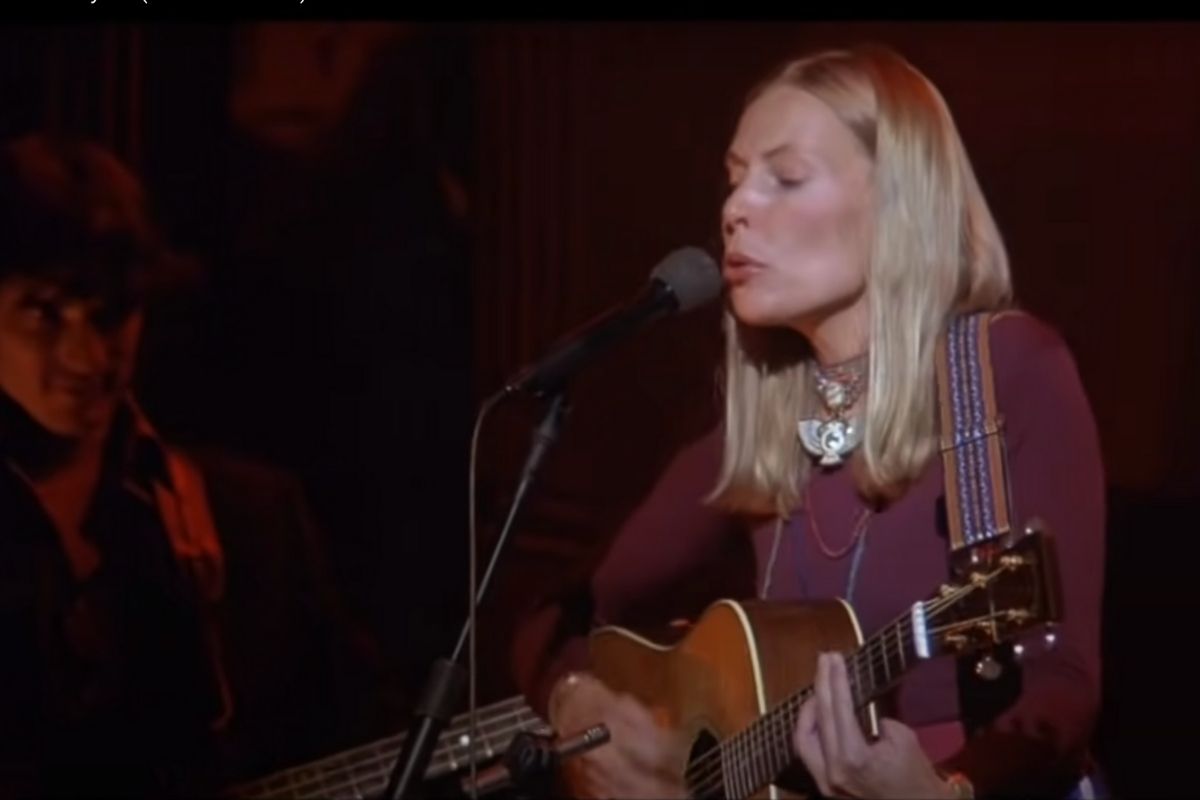 Canadian singer-songwriter Joni Mitchell overcame troublesome beginnings in her childhood. From suffering in bed from Polio and later giving up her child for adoption, she used her experiences to push her music. She started playing in nightclubs in Saskatoon, Saskatchewan before making her way to the United States. The multi-instrumentalist has won nine Grammy Awards and was inducted into the Rock and Roll Hall of Fame in 1997, after drawing from multiple genres like folk, and pop to craft her own songs. “Big Yellow Taxi” and “Woodstock” are two crowd favorites that defined a generation.

Named for a friend Joni Mitchell met in Crete during the early 70’s, Mitchell wrote this ode as a birthday present to Cary Raditz who worked in a tavern. The song is featured on Blue.

The first track from Mitchell’s 1976 album Hejira. Int his songs, she stretches the long, poetic lyrical muscle that her fans have come to love and appreciate in a way that only she can do.

“Help Me” was Mitchell’s highest-ranking song on the Billboard Charts, landing at No. 7. lyrically, she speaks on romantic relationships thoughtfully.

Mitchell put her frustrations with the music industry in her songs, one of which was “Free Man In Paris.” She speaks of being a free individual when she traveled.

From her historic Blue album, the song is a vulnerable moment in the singer-songwriter’s feelings. On this intimate track, she plays next to her love interest at the time, James Taylor on guitar as she sings about yet, another breakup.

To some, “Both Sides, Now” is Mitchell’s best song. The 1969 track is inspired by a passage from a novel by Saul Bellow, Henderson The Rain King. She recorded the songs in her early twenties, and then again at 57. Both versions perfectly capture where she is in her life each time.

The very first song on Joni Mitchell’s debut album in 1968. “Song to a Seagull” featured plenty of songs reflecting on lost loves. In particular, she spoke of her past marriage to Chuck Mitchell.

From the early days of Joni Mitchell’s career, when she moved to the United States, she lived in Chelsea, New York. The song is a peek into her life there.

From Hejira, Amelia talks about the life and disappearance of the courageous Amelia Earhart. She speaks of wanderlust and the desire to find meaning in life for both her and Amelia.

This song was written to be a hit. At the request of her label to write a hit, Mitchell came back with “You Turn Me On I’m A Radio.” Like many artists, she didn’t appreciate that kind of oversight — but nevertheless, the song became her first Top 40 hit in the United States.

Watch: The Best Classic Rock Songs Of All Time