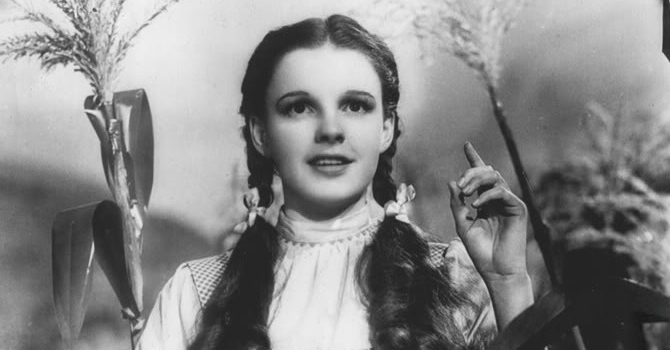 Judy Garland was one of the most talented actresses to ever grace the silver screen. She was and remains a Hollywood icon, beautiful with an angelic voice. Off-screen her life was much different compared to the romances she portrayed in her films. The star was married five times and struggled with depression and drug abuse. Each of her husbands represents a turning point in Garland’s life and career.

The Second Annual @garlandofjudy Movie Night will be next Saturday at 8:00 PM eastern time🌈 Is that a good time for everyone? If not I’ll do it again for the people in different countries. Movie night will be every Saturday night for awhile❤️ A lot of you really had fun late night watching Meet Me In St.Louis! Especially myself😁 We are definitely doing it again! The Wizard of Oz was the runner up film so it’s the next movie! What other films would you guys like to do? Me & My Shadows was heavily requested so we will do that one soon! How it works: 1) If you own the movie watch it at the time giving. 2) I’ll be going live for most of the film so we can discuss it in chat. 3) I’ll make a post so when I’m not live you can comment on there. 4) If you’re watching tag me on your story so I can post to my story. Who’s ready to go down the yellow brick road💛🌈 #judygarland #judy #wizardofoz #thewizardofoz #movienight #dorothy #dorothygale

Garland’s first husband was David Rose. They met when she was just 19, two years after her breakthrough role as Dorothy in The Wizard of Oz in 1939. Since she was so young both her mother and MGM Studios tried to sway her against the marriage. To no avail, she still married Rose in Las Vegas in 1941. Although they were in love, their relationship was complicated by factors that made them a little too different. Garland was an extrovert and Rose was a homebody. When Garland got pregnant shortly into their marriage, both her husband and her mother forced her to get an abortion. This, no doubt, weighed on her mentally and emotionally. They were divorced in 1944.

Husband number 2 was director Vincente Minnelli. 1944 was the year Garland divorced Rose and the year she starred in Meet Me in St. Louis, directed by Minnelli. He was, at the time, an unknown director. He and Garland began a relationship early on during the film’s production and by the time Meet Me in St. Louis was released, they had moved in together. The movie did exceptionally well and was one of the best movies MGM had ever made. All parties were happy, Garland had successfully moved from playing teenage roles into adult stardom, Minnelli had directed a successful film and MGM was making money. So, when Garland started asking for more roles directed by her beau, the studio was more inclined to do so, hoping it would keep Judy Garland from leaving MGM when her contract was up. A year after meeting the couple married.

Garland was pregnant within a witing a few months with the couple’s daughter, Liza Minnelli. Undiagnosed postpartum depression kept her from working for a year. Even after she did return she suffered a nervous breakdown that resulted in her spending time in psychiatric clinics. Allegations of affairs on Vincente’s part, with other men, Garland’s barbiturate and amphetamine use, and suicide attempts caused the couple to separate in 1949. The following year, following disappointing performances and studio drama, MGM dropped Garland from her contract.

Producer Sidney Luft was Garland’s next and longest marriage. They were married for 13 years, having reconnected after Garland’s second divorce. Sid Luft helped Garland plan a career comeback. He orchestrated television specials and shows for her at Carnegie Hall, focusing on her singing talent. Working as her manager, he produced A Star Is Born for her to star in. The 1954 film earned six Oscar nominations, one of which was Best Actress. They were married a few years later and welcomed their first daughter, Lorna, that same year. Their son Joey was born in 1955. Although it was her longest wedded partnership, Garland’s marriage to Luft also ended in divorce in 1965, with claims that Luft had been a heavy drinker and physically abusive.

The marriage between Judy Garland and actor/manager Mark Herron was one of her shorter romances. They met while he was producing her 1964 London Palladium shows with her daughter, Liza. At the time she was not yet divorced from Sidney Luft. They wed almost as soon as the divorce was final, in November 1965. Five months into their partnership, they started the divorce process. Garland claimed he had physically abused her and he claimed it was in “self-defense”.

The final and shortest romance Judy Garland had was with Mickey Deans. Twelve years younger than her, they met when he was bringing her drugs. They dated on and off for a few years before Deans proposed. They married in March of 1969 in London. Two short months later Garland suffered an accidental barbiturate overdose and died.