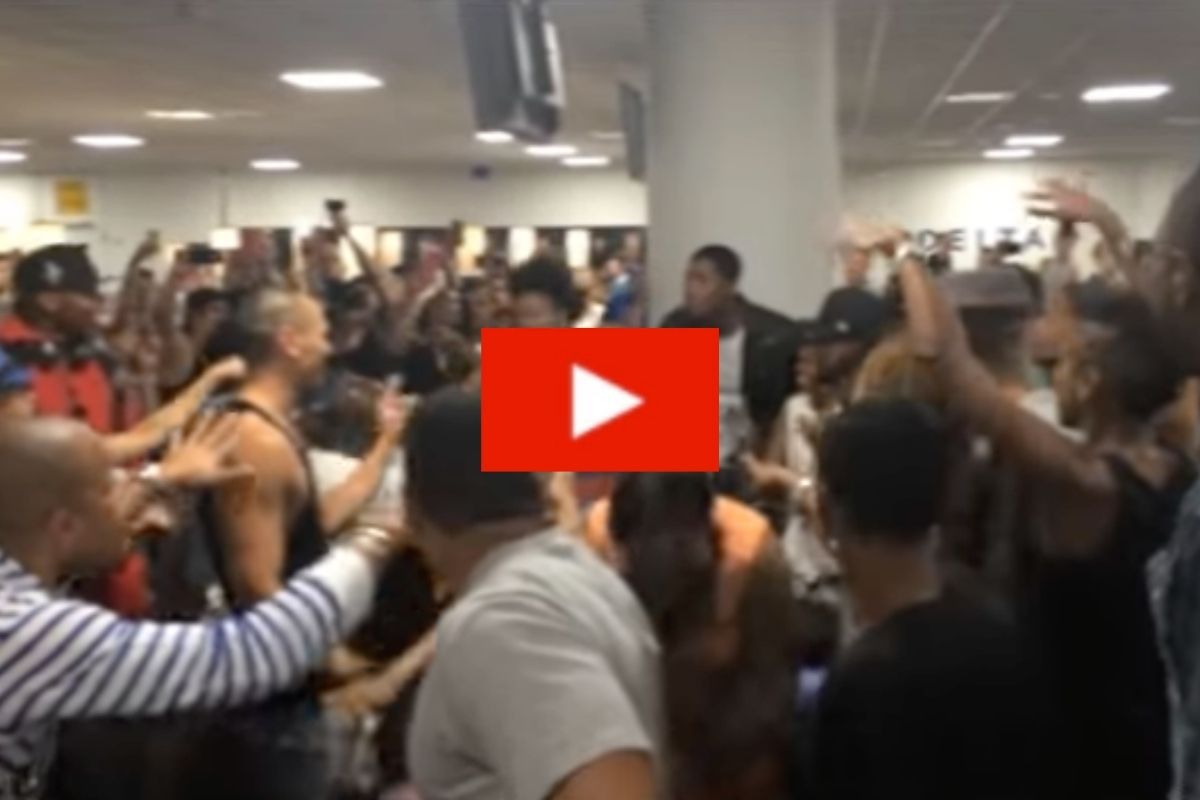 The stars aligned for Disney and Broadway geeks everywhere that fateful Sunday night, May 31, 2015, when two Broadway casts were stranded in New York?s LaGuardia Airport and decided to have a sing-off to pass the time. The Lion King cast and the cast of Aladdin traded off verses of the songs from their respective Tony award winning musicals, much to the delight of fellow flight-delayed passengers stuck in the airport.

The Lion King is, per its website, the third longest running show on Broadway. In addition to its NYC production, there have been 25 productions around the world and over 100 million audience members have seen a production. It has won 70 major theater awards, including Best Musical in 1998. Its popularity led to a 2019 photorealistic remake of the original 1994 film featuring the voices of Donald Glover as Simba and Beyonce as Nala.

Aladdin premiered in Seattle in 2011 and on Broadway in 2014. According to its website, there have been six productions around the world with over 10 million total audience members. It has been nominated for several Tony, Drama Desk, and other theatrical awards with James Monroe Iglehart winning the Best Performance by a Featured Actor in a Musical Tony for his role as the Genie as well as the Outstanding Featured Actor in a Musical Drama Desk Award.

Better Than The Average Flash Mob

The airport sing off kicked off with The Lion King cast, whose cast members threw down the gauntlet with a beautiful a cappella rendition of ?The Circle of Life,? much to the delight of bystanders. Not to be outdone, James Monroe Iglehart showed just why he won those prestigious awards, launching into an impressive freestyle rap that contained lines such as ?You’ve been around for many years, y?all been making people laugh, people have some tears. As for us, we’ve only been around one but if you wanna see a show then we?re gonna have fun.?

Taking up the challenge, The Lion King cast responded with ?One By One,? the lyrics of which, like many other songs from the show, are sung entirely in Zulu. With the exceedingly lucky crowd cheering both casts on,  Aladdin?s cast followed up with ?Arabian Nights.” Almost makes one wish for a flight delay! The casts later went on to reprise the sing off on an episode of Good Morning America.

Watch: Disney?s ?Can You Feel the Love Tonight? Cover by Pentatonix is Magical