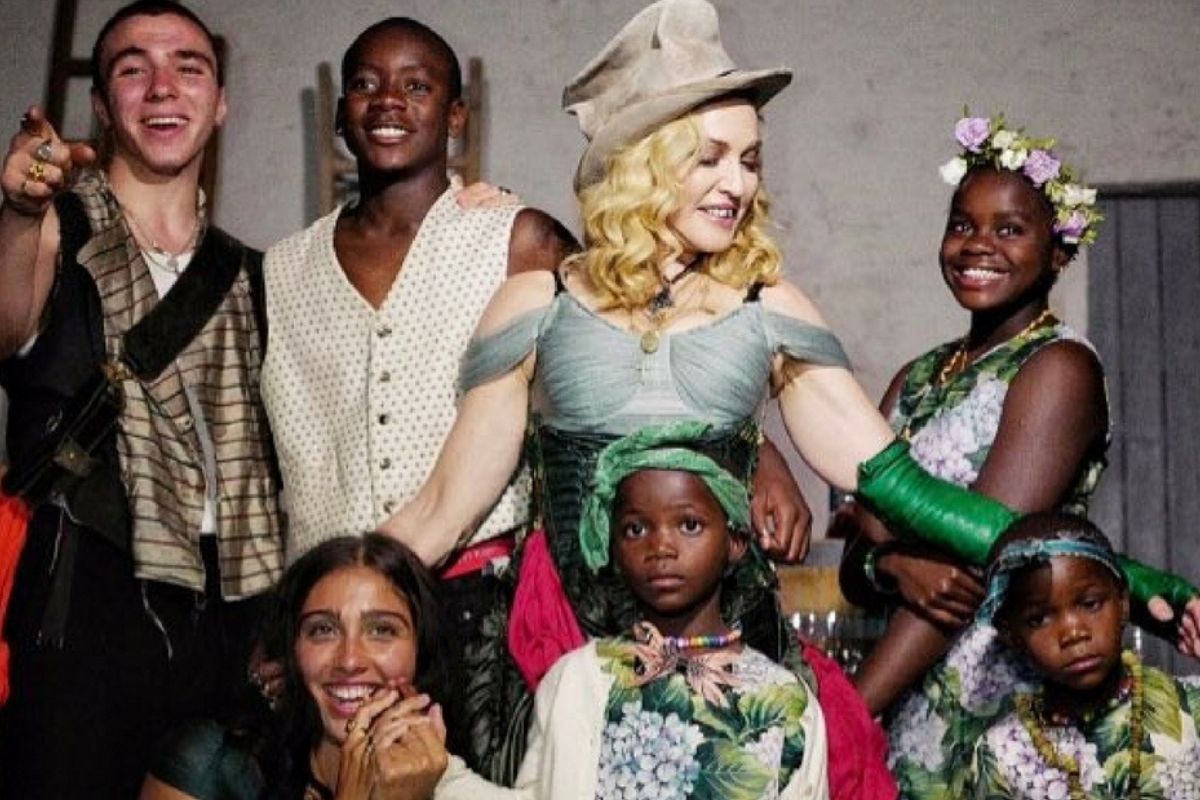 In case you haven’t been keeping up with social media, Madonna is on her way to being mom of the year. Scrolling through her Instagram, I saw that the the Queen of Pop Music, posted a rare photo on her Instagram of all her six children, celebrating the one-year anniversary of the children’s hospital she helped found in Malawi. The family posed under the mural outside the Mercy James Centre for Pediatric Surgery and Intensive Care, named after one of the four children Madonna adopted from Blantyre, Malawi.

The hospital in the family photo was named after daughter Mercy James, whom Madonna adopted in 2009. At the center’s opening, Madonna spoke about the hospital’s purpose, and how it was not only a world-class intensive care hospital, but a learning environment to train the next generations of Malawian healthcare workers.

On July 11, 2017, Madonna’s charity, Raising Malawi, opened the Mercy James Center, and is the first children’s hospital in the country. After adopting now 12-year-old son David Banda from Malawi, the celebrity started the charity in hopes of raising money to fund efforts such as this one. The organization has helped build 10 schools, with four on the way.

Back in March 2017, Madonna had another surprise in store for her family members. The singer confirmed the news of her recent adoption, introducing Estere and Stella to the world. The singer posted an Instagram of herself, holding hands with the two girls. The caption read, “I can officially confirm I have completed the process of adopting twin sisters from Malawi and am overjoyed that they are now part of our family.”

How cute are these two? Seems like the duo is fitting right in with Madonna and their siblings.

It’s safe to say when we think about Madonna, we think about, well…material girl Madonna. Yet, when you look deep into her family life, she has had the time of her life raising all of her kids. It’s truly wonderful to see the singer having the best time of her life, while enjoying the wonders of family. You warm our hearts Madonna, keep being you!

Editors Note: This article was originally published on July 18, 2018.

Watch: Madonna opens up about her emotional adoption journey