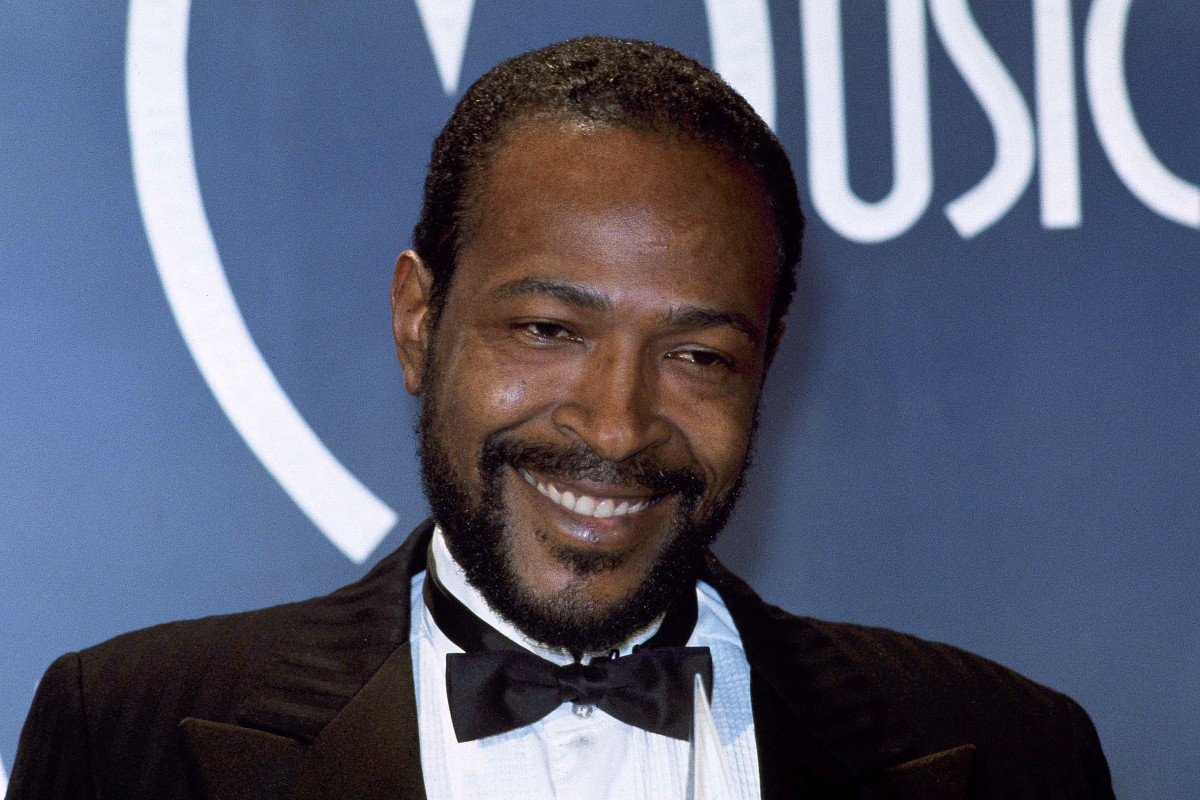 The word ?legend? gets tossed around a lot these days, particularly when we’re talking about bygone musicians. But in the case of the late, great Marvin Gaye, a legend is exactly what he is.

A Motown prodigy who would grow into one of the best-selling soul musicians of his generation, Marvin Gaye (born Marvin Pentz Gay Jr.) left behind a legacy of eminently universal masterpieces. Gaye?s staggering body of enduring classics ranges from soulful and seductive to political and haunted. His two-decade stretch as a recording artist cut short when he was murdered by his father in 1984. Still, Gaye?s music remains beloved and meaningful as ever.

As the Prince of Motown, so many of Gaye’s songs have become anthems for the ages. Tough as it is to choose favorites from musical masterpieces like “Sexual Healing,” “What’s Going On,” and, “Ain’t Nothing Like the Real Thing,” we?ve rounded up 17 of the very best Marvin Gaye songs of all time. Here they are, in no particular order, because let’s face it. They are all great.

When Marvin Gaye released “Let’s Get It On” back in 1973, did he imagine it would live on as the quintessential soundtrack for steamy romance scenes for generations to come? Rumor has it that Let?s Get It On was originally conceived as a religious song for alcohol treatment, but Gaye transformed it into a sexually charged, soulful love ballad for his future wife, Janis Hunter.

Marvin Gaye warned us of the devastation of climate change before we knew about climate change. Singing of smoggy skies, dying animals, and poison winds, ?Mercy Mercy Me (The Ecology)? was among the first Motown songs to address environmental concerns.

Penned by acclaimed singer-songwriter Smokey Robinson, ?Ain?t That Peculiar? tells the story of a relationship characterized by obsession, denial, and pain. Despite its moody lyrics, the song is upbeat and infectious — especially those catchy ?Ah-ah-ah?s in the vocal-led chorus.

Gaye?s first major hit, ?Stubborn Kind of Fellow? brought something new to the Motown scene: a charming male solo star. With its release, Gaye established himself as a singer with both pop appeal and R&B grittiness.

From Gaye?s iconic What?s Going On album, ?Inner City Blues (Make Me Wanna Holler)? describes the inequality and social hardship in the ghettos of urban America. The song endured as a protest anthem and has been covered by an eclectic range of musicians — from Etta James to John Mayer

When the mid-70?s masses demanded dance-friendly disco hits, Gaye grudgingly (and perhaps even mutinously) mimics the genre in ?Got to Give It Up? (originally called ?Dancing Lady? as a nod towards ?Disco Lady? by Johnnie Taylor.) Despite his reluctance, Gaye unintentionally ended up creating a disco classic that topped Pop, R&B, and Dance singles charts.

Radio DJs around the country tended to favor either ?Once Upon a Time? or the flip song on the double-A-side single, ?What?s a Matter with You Baby? — though some stations played both. This was Gaye?s first-ever duet with recorded with a gal (specifically, Motown pioneer Mary Wells), and it would pave the way for future duets with Kim Weston, Diana Ross, and Tammi Terrel.

Gaye admitted to struggling to get the lyrics right for ?Distant Lover?, and ended up recording and re-recording the track around 20 times. But ultimately what makes this song exceptional is not the lyrics but Gaye?s soulful, emotionally raw delivery.

Trouble Man the movie may not have been a box-office hit (in fact, it was named one of the ten worst movies of 1972 by The New York Times). But ?Trouble Man?, the movie?s title track, was the Gaye?s fourth top 10 hit of the 1970s. Fun fact: The synthesizer Gaye plays on this track was a gift from Stevie Wonder.

?It Takes Two? is a duet between Gaye and soul singer Kim Weston. After soaring to the top of the R&B charts in both the U.S. and U.K. upon its release, the balled remains beloved and recognizable decades later.

“You’re All I Need to Get By” was among the last love songs Marvin Gaye recorded with duet-partner and friend Tammi Terrel before she passed at the young age of 24. Decades after its release, Method Man and Mary J. Blige would go on to immortalize the song in ?I?ll Be There for You/You?re All I Need to Get By?.

From Gaye?s sensual album of the same name, ?I Want You? digs into juicy themes like carnal longing and seduction. Even so, the song — which layers vocals over Latin-style beats — has a decidedly spiritual overtone.

Here?s another Marvin Gaye single that was covered by an impressive array of artists, including the Grateful Dead, James Taylor, and Kenny Rogers. But Gaye?s version of ?How Sweet It Is to Be Loved by You? is effortlessly charming and heartwarming in a way that no other version quite manages.

?Sexual Healing? just might be the world?s sexiest song. With lyrics by author/songwriter David Ritz and the melody by Gaye, the ballad blends reggae, Motown, and funk with gospel-style vocals singing of earnest and unapologetic sexual desire.

Despite having famously been called “the worst thing I’ve ever heard in my life” by Motown mogul Berry Gordy, we are still asking “What’s going on?” to this day.

The song reflects on America in the 1970s, a time when the era of hippie livin? and lovin? was giving way to an age of war, drug abuse, and racism. It speaks to the timelessness of the song (and the issues) that its lyrics remain powerful and relevant nearly 50 years later.

Listen to the original recording ?Ain?t No Mountain High Enough?, and you might imagine Gaye and his duet partner, Tammi Terrel, singing together while gazing lovingly into each other?s eyes. But surprise! Gaye and Terrel actually recorded their parts separately from each other. That didn?t stop the song from going down in history as a modern-day classic and was inducted into the Grammy Hall of Fame in 1999.

17. “I Heard It Through the Grapevine”

Turns out, Marvin Gaye wasn?t the first artist to record “I Heard It Through the Grapevine”, (written by revered songwriters Norman Whitfield and Barrett Strong) — that was the Miracles back in 1966. In fact, he wasn?t even the second artist — that was Gladys and the Pips in 1967. In addition to being the best known, Gaye?s version was definitely the most paranoid, ominous, and eerie — which is probably why we love it.