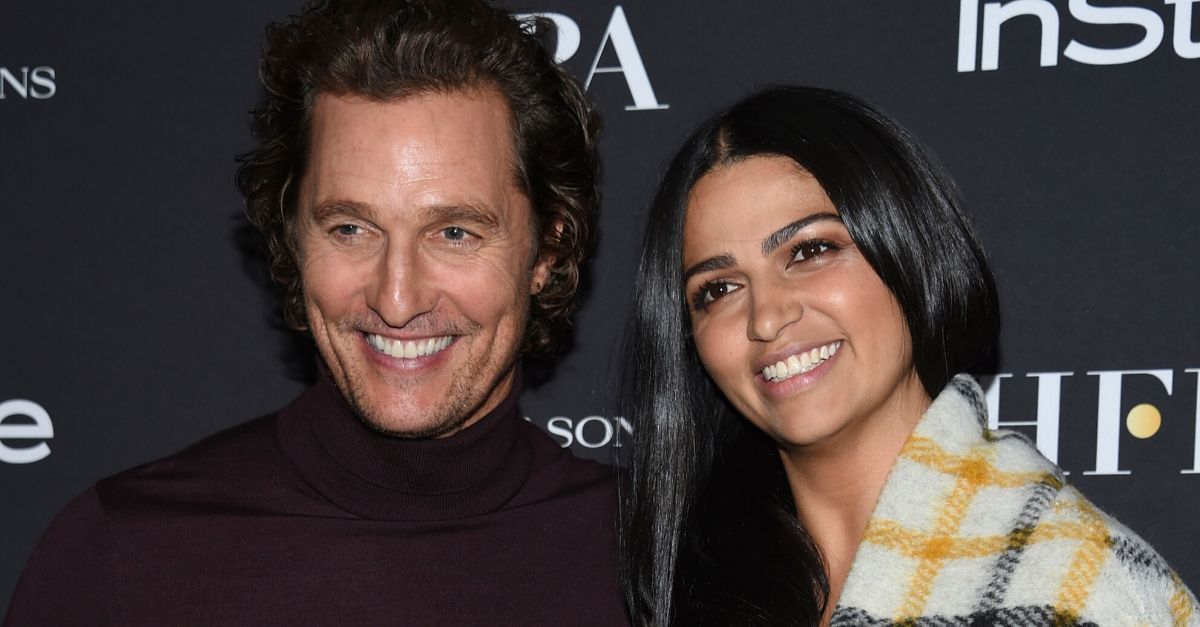 The life of Mr. Alright Alright Alright and his gorgeous family seem to be dream-worthy.  Handsome, talented parents and cute kids, what more could one want? Matthew McConaughey and his wife Camila Alves have been together for more than 12 years now. Today, with their family, they’re living it up in Austin, Texas. They may be far from Hollywood but they’re that much closer to one another.

Mattew McConaughey was having one of those great summers when he met his future wife. He was a rom-com king, shirtless and smiling and tanned. Sahara had done well, and we all know and love The Wedding Planner and Dazed and Confused. There was more on the horizon for him as his A-list star rose higher and higher. Out with his friend Lance Armstrong, and dressed like the rasta dreadhead from your high school, minus the dreads, thankfully (Model Camila Alves mentioned there was a long beard and a rasta hat involved.) The two met in a club, a place neither of them particularly frequented. Alves didn’t even recognize the star. Probably because of the hate, and also the fact that he was just casually making margaritas…at a bar. Nevertheless, something was just right enough for the Brazilian model to stick around. And agree to a date at his house days later. And before they knew it, they were falling in love.

McConaughey evolved on and off the screen from this time forward, fatherhood specifically played a role in this. We later saw the actor take on more serious roles like Interstellar and Dallas Buyers Club, which won him many awards, including Golden Globe and Academy Awards. He credits his own love story and life with his wife Camila as the launching pad for his growth.

Camila is a full-time mother but her professional works are just as impressive as her hubby’s. She’s a business owner on top of being a fashion model. Her first business was her line of handbags, Muxo. After She and Matthew McConaughey became parents, she founded Yummy Spoonfuls.

Yummy Spoonful is an organic frozen baby and toddler food company. The brand is available in Walmart and Target and boasts of veggies in every bite of tasty meals, such as mac and cheese! At home, she is a doting mother to their three adorable little ones!

A Hollywood Family in Texas

Before the couple got married they got pregnant. As Texans often do things however the heck they want. Camila and McConaughey had their first son Levi Alves McConaughey in 2008. Their daughter Vida was born two years later in 2010. In December of the following year, McConaughey proposed. They got married at the home they share in Austin in the summer of 2012 with a few celeb friends like Reese Witherspoon and Woody Harrelson in attendance. Of course, they mad it a family affair. Vida was their flower girl and the ring bearer was their son Levi. And since the couple was expecting, their youngest child, Livingston was there as well!