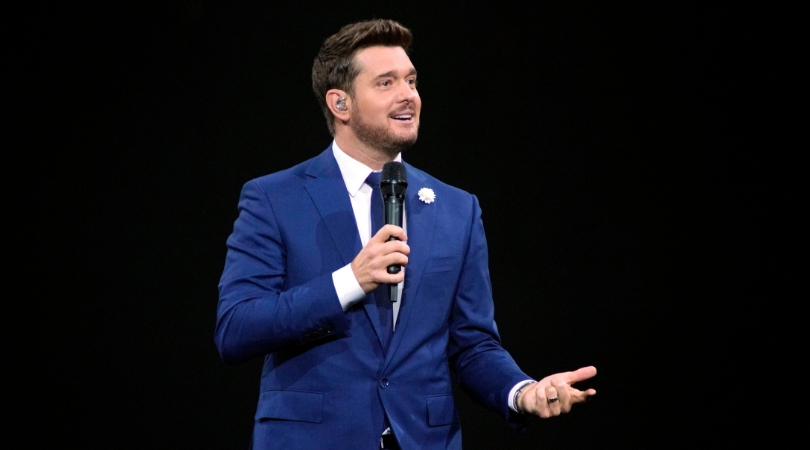 Be still my fragile little emotional heart. It happened, a lyric video has done the unthinkable and brought tears to my eyes. Okay fine, I admit it, it was more like a heavy sob. Whatever, you’ll probably do the same. It was for a good reason though. That reason is Michael Bublé, the most wonderful singer on the planet.

The singer pretty much put everyone to tears with his song “Forever Now.” Although the music video was published on YouTube March 1, the song has resurfaced since people probably found it even more relevant this time of year since their children are going back to school or are off to college. So yeah, why not listen to an emotional song while you say goodbye to them?

The video opens up with an empty child’s room that slowly begins to fill with moving boxes, then a crib, a chair, and a dresser. That’s when you realize that the room is slowly evolving into a nursery. What hit me the most about the song wasn’t the video itself. I mean, sure, it’s adorable and sad at the same time. But it was the fact that you can really feel Bublé?s lyrics as he sings them. According to the singer, he wanted the lyrics to leave an open interpretation for every person listening to it. The beginning of the song just automatically makes you fall in love with the singer.

You opened up your eyes and I recognized your face.

You know that you’re the one that we’ve been waiting for; we’re going to keep you safe.

First time I held you in my arms.

Cue all the tears. This man always seems to write things that just hit you to the core. As the video continues, the bedroom begins to change and the crib turns into a “big kid bed.” Toys begin to disappear, then a desk for homework arrives, a laundry basket, and towards the end, moving boxes appear.

Meaning yes, the room is empty once again. The final scene turns into another nursery, but this time it’s a pink one intended for a baby girl. That’s when the ugly crying starts again. You KNOW this man was thinking about his children when he was recording this. It’s pretty self-explanatory. In 2016, the singer and his wife Luisana Lopilato had announced their eldest son was diagnosed with liver cancer when he was only 3-years-old. Luckily, now at the age of 6, little Noah is in remission.

Honestly, this made me bring out all my emotions at once. I’m not a mom, probably won’t be one for a long long time. But if this made me sob uncontrollably, then dang, poor parents. I will admit that it made me think about my mother. I don’t speak to my father, haven’t since I was 13. So, this made me appreciate her so much more for everything she did for my brother and me.

Being apart from a loved one is tough, especially if your more than a few hours away. I guess what I’m trying to say is that in the words of Bublé, “time flies by” so appreciate your loved ones.

Thanks for making all of us sob like maniac’s Michael.