Hollywood Hunk Pierce Brosnan Has Been Married for Over 20 Years 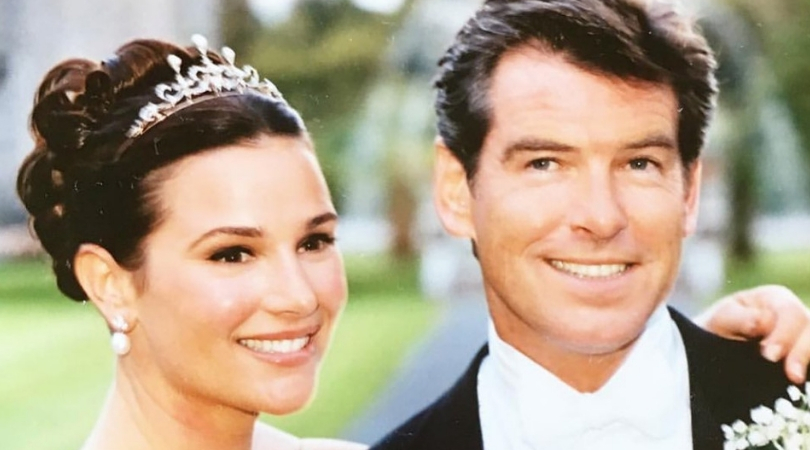 So many women probably wanted Pierce Brosnan to be their husband. He plays the dapper, resourceful leading man in roles as secret agent James Bond movies GoldenEye, The World Is Not Enough, Die Another Day, and Tomorrow Never Dies in the mid-’90s to early ’00s. Unfortunately for us women, Keely Shaye Smith got there first. Here’s Pierce Brosnan story.

Happy Anniversary @piercebrosnanofficial 🙏🏻 Life is beautiful with you in it!

The two first met back in 1994, three years after Pierce’s first wife, Cassandra Harris (Cassie) passed away from cancer. Harris and the actor had been married for 11 years and had three children. Getting a second chance at love, the James Bond star and journalist met at a beach party in Mexico. Keely was there to catch an interview with actor Ted Danson. The pair got along really well when they met, but were not romantically entangled at the time. However, Shaye Smith did say that Pierce Brosnan was “everything that everybody would immediately be attracted to”.

Keeley herself is a former model, television host, author, actress, and journalist. A few of her works include ABC network’s Home Show, the gardening correspondent for Good Morning America, and did a series for the Outdoor Life Network. From 1995-2000 Smith and Brosnan worked together with the Natural Resources Defense Council to prevent a salt factory from being built in Baja California Sur, Mexico.

The two married in County Mayo, Ireland, where the Remington Steele star is from and has dual citizenship. The private ceremony consisting of only 100 people took place at Ballintubber Abbey on August 4, 2001. The couple’s wedding featured fireworks, an ice sculpture and a seven-tier cake! They have two sons together. The oldest, Dylan Thomas Brosnan was born in 1997 and the younger, Paris Beckett Brosnan, was born a few years later in 2001, shortly before the wedding.

The couple has been together for nearly 25 years since meeting. After many years of marriage, the couple still walks red carpets hand in hand and are very affectionate with each other. Often they are seen taking hikes and adventuring to beautifully scenic places and doting on each other online.