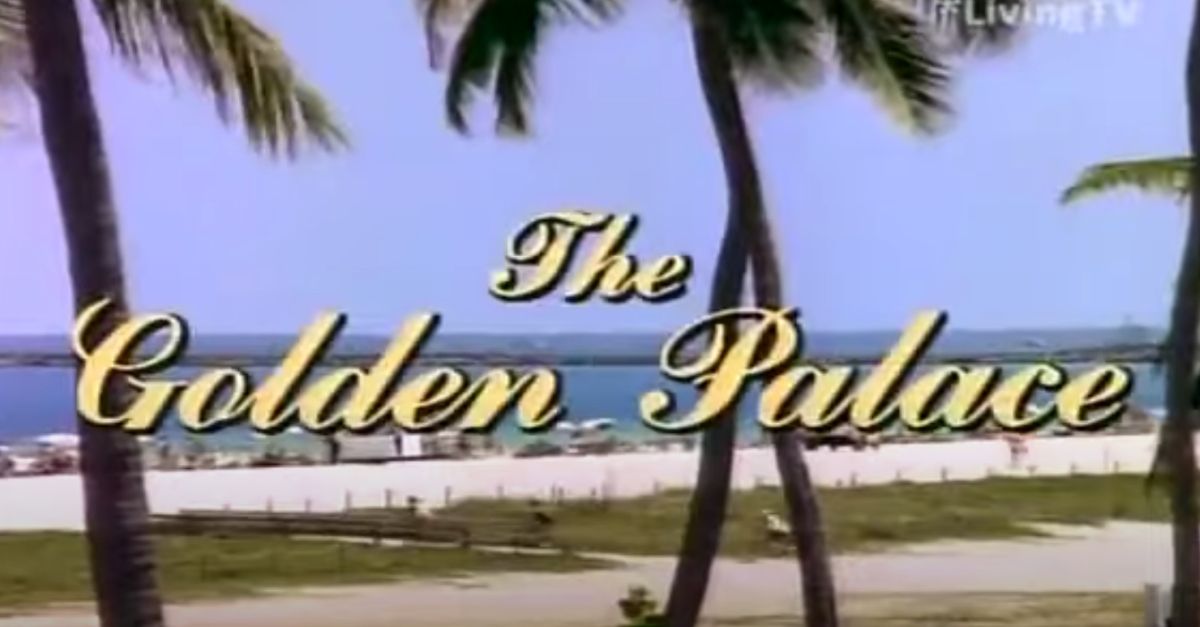 Watching the golden years of the lives of Blanche Devereaux, Dorothy Zbornak, Rose Nylund, and Sophia Petrillo in the beloved TV series, The Golden Girls never disappointed when it came to giving viewers a hearty laugh. In the Golden Globe and Emmy winning TV series actresses Bea Arthur, Betty White, Rue McClanahan, and Estelle Getty created countless unforgettable moments; from gossip to scorching insults hurled in their Miami home until 1992, when Bea Arthur left the show. Her character, Dorothy Zbornak, marries Blanche’s uncle and moves to Atlanta, Georgia, to be with him in the hour-long finale.

The spinoff, The Golden Palace followed the remaining roommates, Rose, Sophia, and Blanche in their newest venture – purchasing a Miami hotel together. The storyline follows the Golden Girls at their new home, which is bereft of staff, save for the hotel manager and chef. It is up to the Golden Girls to pick up the slack of the missing staff members so their investment (and home) is worthwhile. They don’t know the first thing about hotels, aside from staying in them, and they must learn on the go!

Starring Don Cheadle as the hotel manager, Roland Wilson, and Cheech Marin as Chuy Castillos, the chef, the show winds up for a feel-good sitcom, similar to its predecessor. For the first season, Billy L. Sullivan is Cheadle’s foster child, Oliver Webb, who is later written out of the show when his birth mother regains custody. There are many familiar faces and guest stars that appear as hotel guests as well as hotel staff in the Golden Palace Hotel.

The Golden Palace ran for a year, filming just one season. It ran in the Friday night comedy slot with Major Dad, Bob, and Designing Women.  The premier garnered over 15 million viewers, but viewers missed the girl’s old Miami house and Bea Arthur’s character. She did appear in two episodes, “Seems Like Old Times”, but it wasn’t enough.

While CBS was initially prepared to film a second season of the show, consistently falling ratings pushed them to cancel the show just before the fall of 1993. Season one of The Golden Palace contained twenty-four episodes. There were two spin-offs that were successful: Empty Nest, and Nurses. But for fans of the original, there’s always The Golden Girls.