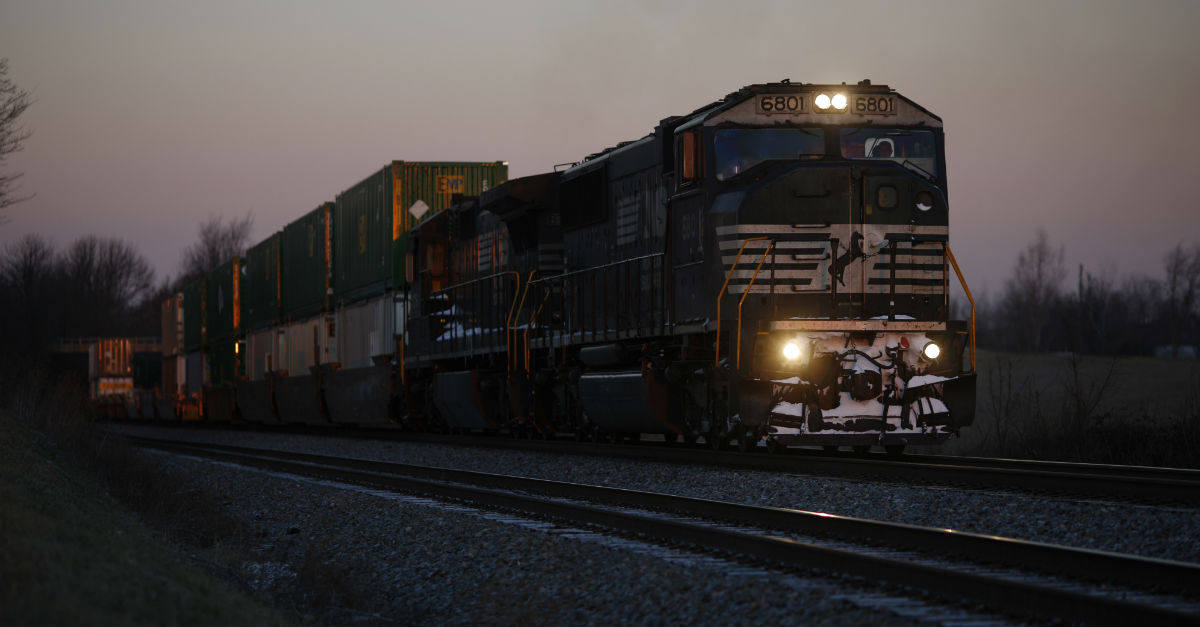 Photo by Luke Sharrett/Getty Images
WADDY, KY - JANUARY 7: An Eastbound Norfolk Southern Corp. intermodal freight train passes through at sunrise on January 7, 2014 in Waddy, Kentucky. Intermodal rail traffic in the United States increased 10.6% in the last week of 2013 compared to the same week in 2012 according to a report from the Association of American Railroads. Volumes rose due in part to demand from retailers restocking store shelves and distribution centers following the holiday retail crush. (Photo by Luke Sharrett/Getty Images)

On Thursday, 38-year-old Patrick Edwards will face charges brought against him in the case of stealing around one hundred new guns from a freight train.

RELATED: The ATF said it was working hard, but Houston looters still managed to make off with 97 weapons after Harvey

Edwards is a documented Chicago gang member. According to an AP alert, he and several others stole guns from a Norfolk Southern rail yard in 2015 that were being transported from New Hampshire to Spokane.

According to prosecutors, Edwards is a “career train burglar.” His brother was also the victim of gun violence years ago.

The guns were originally found by accident, with the the suspected thieves expecting to find more innocuous products like gym shoes. But now those guns have made it to the streets of Chicago. As of this March, only 16 of the stolen guns have been recovered.

Alderman Pat Dowell tried to introduce a City Council resolution to address the issue of rail yard theft and security, but nothing has happened.

RELATED: After 16 guns were stolen from his home, he advises, “Don’t let strippers in your house”