After 16 guns were stolen from his home, he advises, “Don’t let strippers in your house” 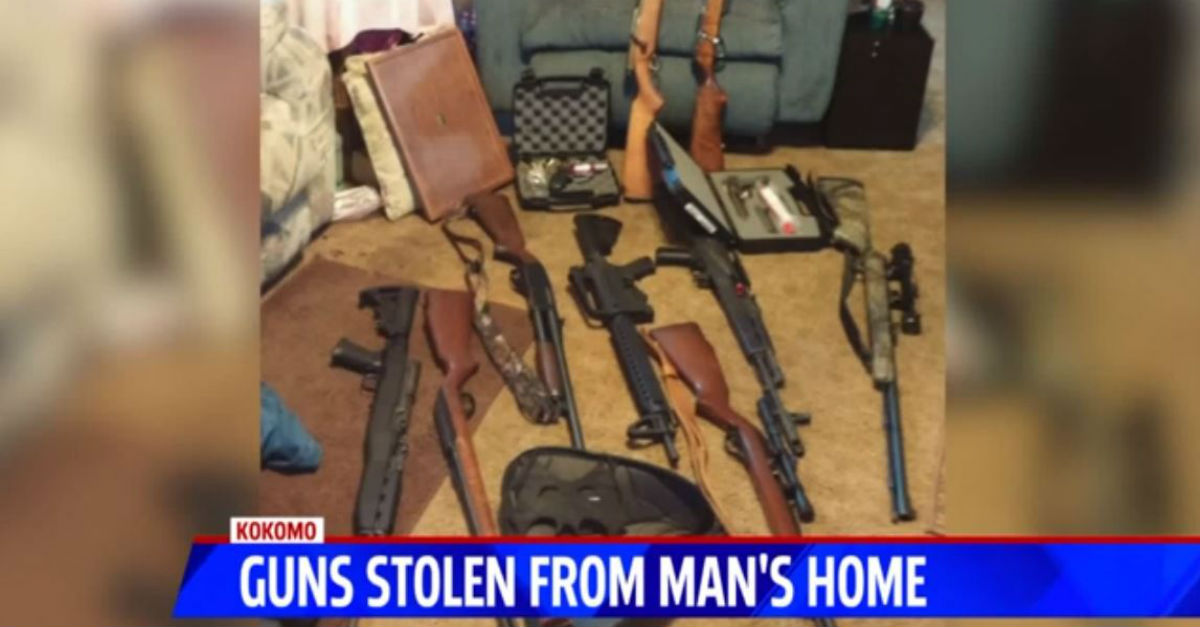 An Indiana man says that his goodwill rid him of his collection of guns when he let a stripper into his house who made off with 16 of his firearms.

Billy Swaggerty of Kokomo, Indiana, says that last winter a woman, shivering and cold, showed up at his front doorstep and that he let her in. He claims that she asked if he had a spare bedroom, and he “put her in the room with the gun safes.” But when he came home a few weeks later in May, he realized that somebody had kicked in his back door and stolen the safes and the guns inside them, WXIN reports.

He estimates that the guns were worth somewhere around $10,000 and says that he had three .22s, an AK-74 and an AR-15 along with other weapons. Swaggerty’s wife was against letting the woman stay with him; though he says that neither of them knew that she was a stripper when they let her in. WXIN reports that the woman also had a husband in prison on drug charges and that she has a drug problem.

The safes were made out of a thin metal and not bolted to the floor so they could have been moved by a few strong men. He says he’s only worried that the firearms might end up in the wrong hands and that he’s already heard rumors that the woman and her husband have sold them. When asked why he had so many guns, he said simply, “Why do I collect them? Why do people collect bottle caps? I like guns.”

And, Swaggerty has some advice for gun owners; he advises them to bolt safes down, and “don’t be bragging about how many guns you got.” And, perhaps, most importantly, “Don’t let strippers in your house.”