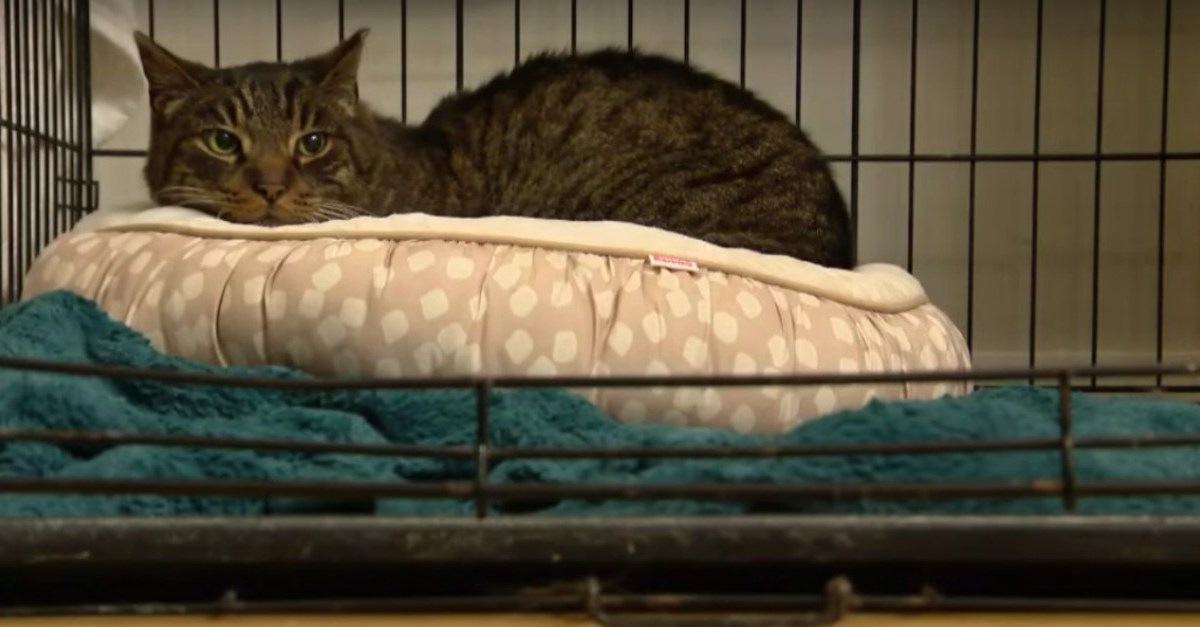 Laura Kleban for ten years thought her cat, Oliver had been hit by a car after he ran away from home but fate had a different ending for the pair.

According to a report by The Week, the cat had been alive this entire time – roaming the streets of Chicago’s River North neighborhood.

This weekend, a group of volunteers who trap cats so they can be spayed/neutered found Oliver along with many others felines, according to the news outlet.

With the assistance of a security guard who said she had been feeding Oliver for the past six years, according to The Week, he was captured and brought to PAWS Chicago animal shelter.

Oliver was then scanned for a microchip when they discovered he had a family in Lake Zurich, 37 miles away, according to the news outlet.

RELATED: This animal shelter has found a creative way to let its cats blow off some steam

On Monday, Kleban and Oliver were brought back together and Kleban said Oliver was “just as big as I remember.” according to the news outlet.

Kleban told CBS Chicago the last time Kleban saw Oliver, he was 2 and she was 17, saying it was “so weird” to see him again. According to the news outlet, the volunteers said it felt “amazing” to bring Kleban and Oliver back together, and Kleban called them her “heroes.”

To watch the full coverage, scroll on to view below – courtesy of CBS Chicago.