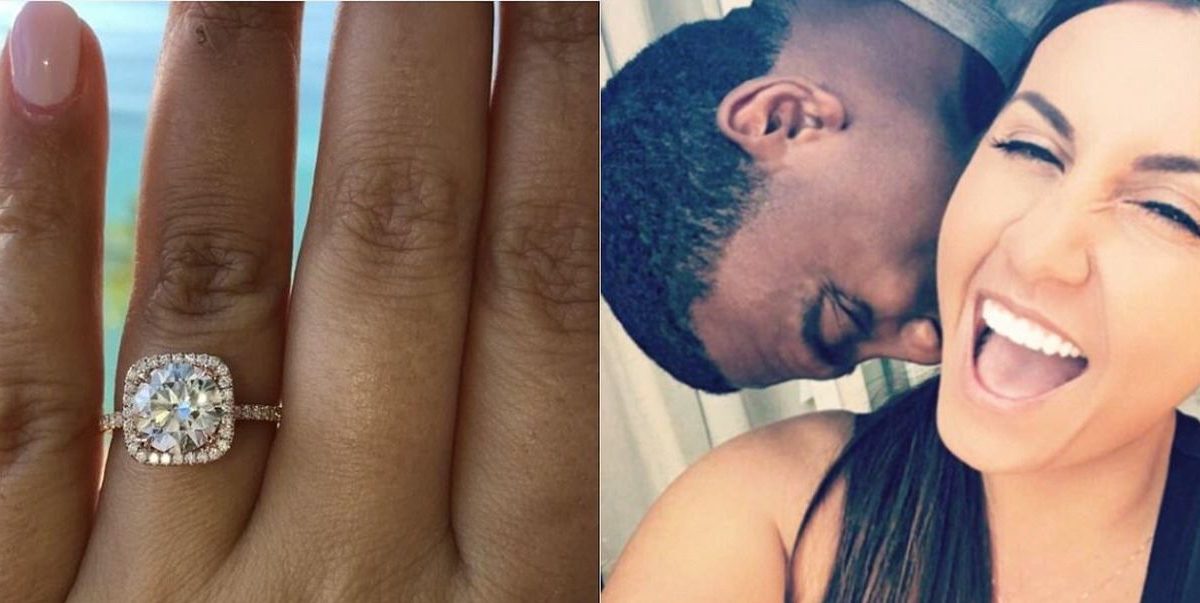 A-list couples decided to ring in the New Year by officially announcing their engagements. For example, Paris Hilton, who’s been sharing photos of her whopping 20-carat ring nonstop. And now, there’s one more name to include in that roundup, Michael Jordan’s son, Jeffrey Jordan.

RELATED: Scottie Pippen backs up Obama’s opinion on the Michael vs. LeBron debacle

The 29-year-old announced his engagement to longtime girlfriend Radina Aneva on social media. He popped the question over the holidays.

Jeffrey, son of the basketball legend and Juanita Vanoy, proposed to his girlfriend, Radina Aneva, in Hawaii last November. However, the couple has been sharing photos of the enormous ring to kick off 2018.

Jeffrey shared a black-and-white photo of the two turning a page of a ‘Marriage Planning’ book.

Posting the same picture, Radina wrote: ‘Thankful for all the growth, life lessons, success and love I experienced this year. Looking forward to planning the future and starting a family with my best friend.’

Jeffrey once followed in his dad’s basketball footsteps by playing in college for the University of Central Florida Knights and the University of Illinois Fighting Illini. He ended up focusing on his studies. Radina was actually raised in Bulgaria and later moved to The States to work in the entertainment industry at Twentieth Century Fox in Los Angeles.

RELATED: The Bull’s city edition jerseys are here and they are glorious

The couple has yet to confirm the wedding date, but they seem to be on top of planning. He certainly scored a slam dunk on the ring design, which features a round diamond surrounded by a cushion cut halo of smaller stones set on a diamond band.