Michelle Obama’s memoir now has a title and release date 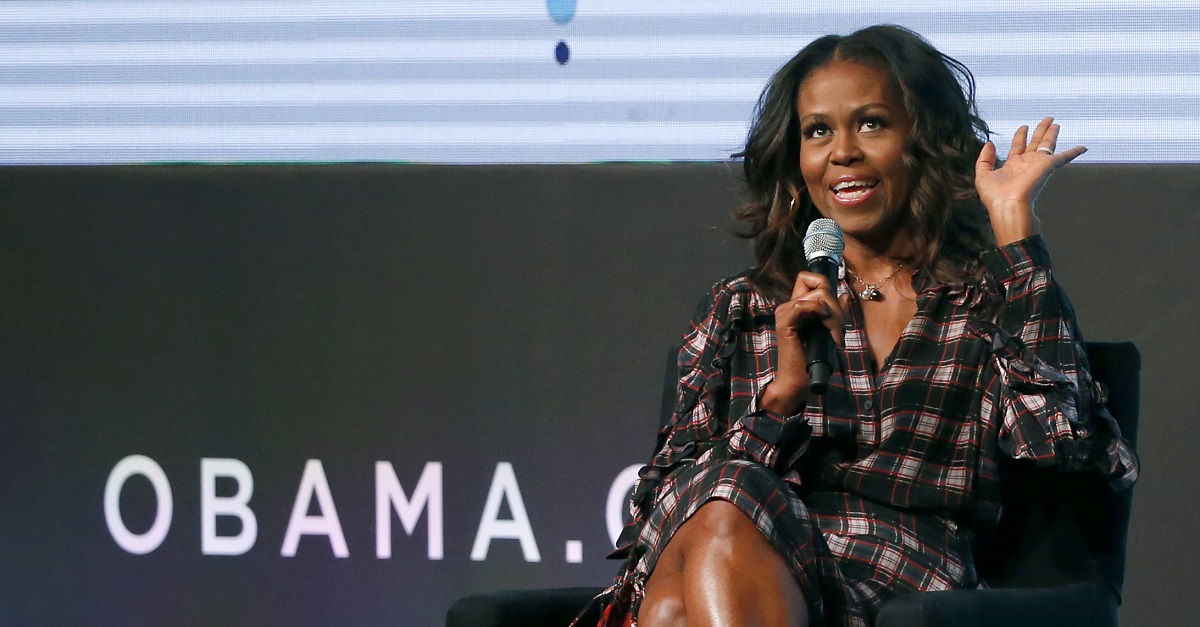 If you’ve ever been curious about Michelle Obama’s life before and during her time as the First Lady, her new memoir will reveal details about her life that are already being called “unusually intimate.”

The memoir is titled ‘Becoming’ and will be released on November 13th from Penguin Random House.

RELATED: Michelle Obama posts a sweet Valentine?s Day message to her husband and dedicates a romantic playlist to him

In addition to her time in the White House and her relationship with Barack, the memoir will focus on Michelle’s experience growing up on the South Side of Chicago.

?Writing ?Becoming? has been a deeply personal experience,? Obama said. ?It has allowed me, for the very first time, the space to honestly reflect on the unexpected trajectory of my life. In this book, I talk about my roots and how a little girl from the South Side of Chicago found her voice and developed the strength to use it to empower others.”

“I hope my journey inspires readers to find the courage to become whoever they aspire to be. I can?t wait to share my story,” she added.

There are already big plans for the book release. The New York Times notes that the book will be released in 24 languages simultaneously and that Michelle will read for an audio version of the book as well.

RELATED: The official portraits of Barack and Michelle Obama are stunning

Michelle has one previous book called American Grown, about her time gardening in the White House and across the country, and detailing her public health initiatives as the First Lady.

Barack Obama has also been working on a memoir about his time in office but no details for that project have been released as of yet.