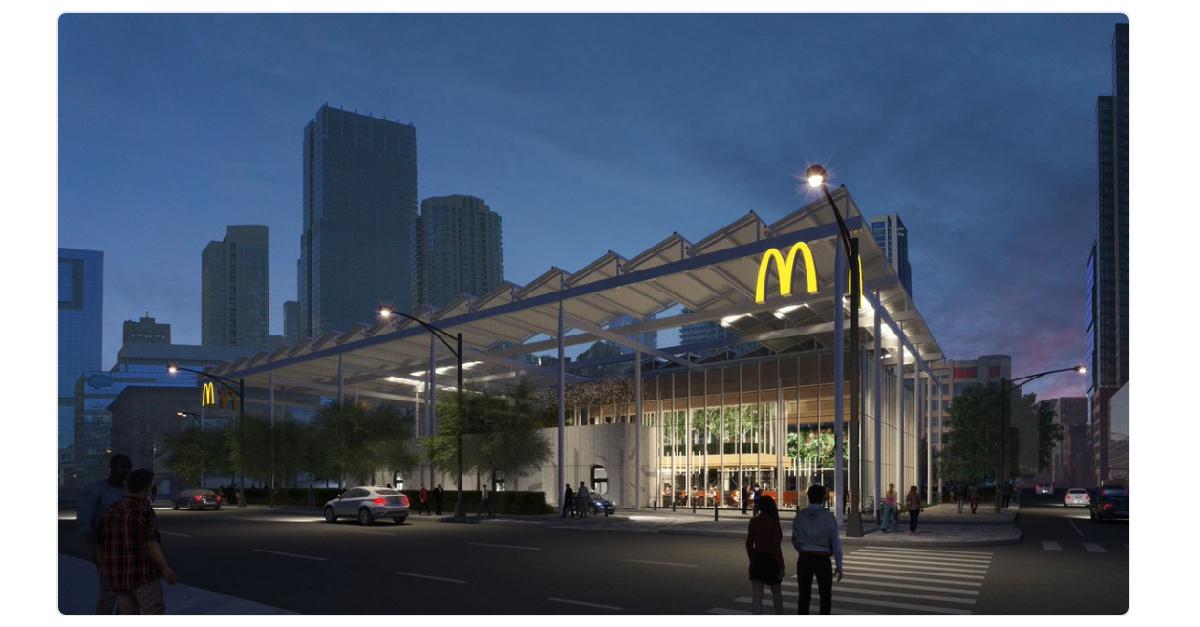 Hope you got in one last Elvis Presley-soundtracked Big Mac while you could because the Rock’n’Roll McDonald’s as we knew it is no more.

But! New renderings of the future restaurant have been released and show a much needed update.

RELATED: Whataburger is getting fancy with its newest burger, turning to Somm experts to find the perfect pairing

As previously reported, the restaurant will be moving towards a more modern interior with self-order kiosks as well as table service.

While the building will be enormous and futuristic, the Rock’n’Roll theme will be lost to history.

“I am tremendously excited about this remodel,? franchise owner, Nick Karavites said in an email to the Tribune last year. ?I?m most excited to reopen and share this amazing restaurant with all of my customers.?

And Karavites should be excited. Eater Chicago recently released some new renderings of what this futuristic McDonald’s is going to look like and it is nothing like the tacky restaurant that dominated River North’s fast food scene for so many years.

Eater notes that this 19,000 square foot restaurant will be eco-friendly and is expected to open this spring. Solar panels will help collect energy and car parking spaces will be removed to make the restaurant more bike and pedestrian friendly.

Additionally, the restaurant will make increase their Uber Eats presence for those that don’t really care so much about a fancy new dining room and just need to scratch that Filet-o-Fish itch.

In other McDonald?s news, the company is continuing construction on their new headquarters in the West Loop at Oprah?s old studio. The headquarters will, of course, come with a new McDonald?s on the ground floor.

In Des Plaines, Illinois ? McDonald?s is currently tearing down its No.1 Store Museum ? a replica of Ray Kroc?s first restaurant that was once a heavy-traffic tourist attraction.

According to a Chicago Tribune report, due to flooding ? the museum had not been open to visitors and as a result, visitors came around less and less. It’s another attempt at McDonald’s to distance itself from the past and look to the future.