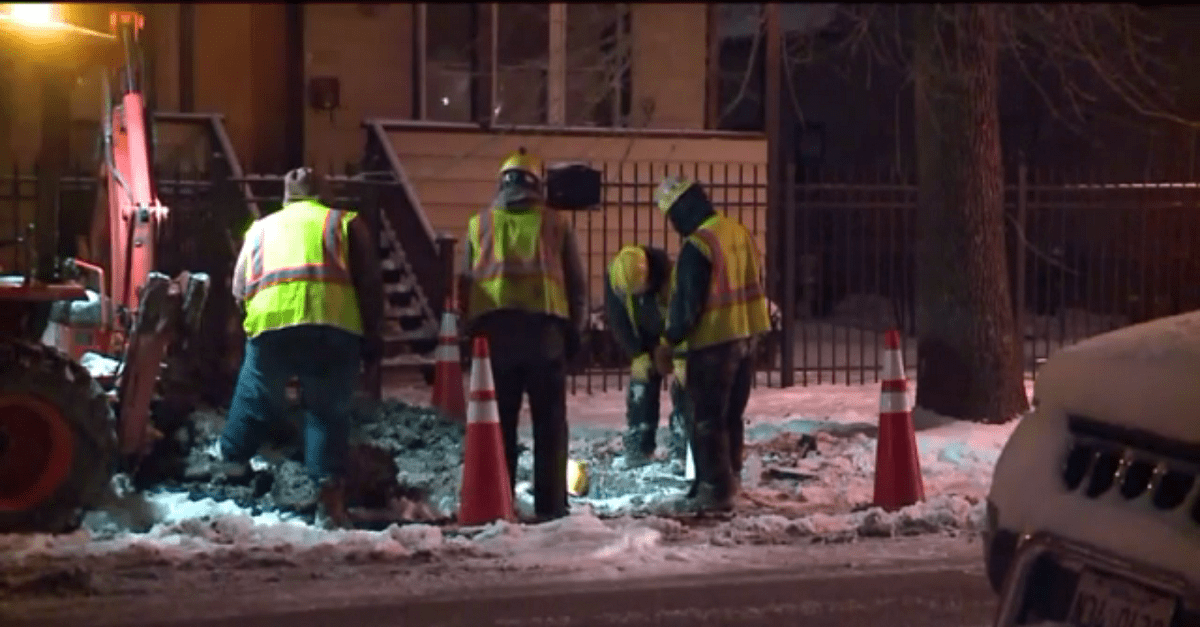 Wednesday night, about fifty workers from Peoples Gas were out in the cold reigniting gas in people’s homes that went out earlier in the day in the Avondale neighborhood on the Northwest Side.

“Earlier today we were doing some public improvement work and we experienced low pressure in the main,” Peoples Gas Spokesperson Vanessa Hall told WGN. “So we had to shut folks down to bring that pressure back up. But our crews have been doing light-ups since 6:30 PM.”

About 350 people were affected by these shut-offs, primarily in the area of Belmont near Francisco, going a bit west of the Expressway, and north to Elston.

There are no safety concerns but the process of reigniting heat is meticulous as Peoples Gas employees have to go residence to residence to alleviate the issue.

One woman in the area, Claudia Gomez, runs a daycare center. The heat went out around 10:30 Wednesday morning and she had to bundle up the children. Gomez said she may have to be closed for a day until the heat gets back to normal. She watches over children as young as six weeks old.

The office of 33rd Ward Ald. Deb Mell has been up to date with getting information out to residents in the area.

PEOPLES GAS UPDATE: Peoples Gas has corrected the issue that caused an interruption to gas service for approx 350 households in Avondale, bounded by Elston, Whipple & Belmont. Crews now must gain access to each dwelling unit, turn on the gas, and inspect each appliance. (1 of 4)

PEOPLES GAS UPDATE (Continued): Residents are encouraged to be on the lookout for workers in the area. If you are not home when crews arrive, they will leave a notice on your door with a phone number to call for restoration. (2 of 4)

PEOPLES GAS UPDATE (Continued): People’s Gas will remain in the area and operate out of a mobile command center until each and every customer has their service restored. (3 of 4)

PEOPLES GAS UPDATE (Continued): We thank you in advance for your patience as we work closely with the City and the utility on restoring service for all those affected. (4 of 4)

The office also sent out an email with tips on how to stay warm. If you know someone in the affected area, there are three warming centers nearby:

RELATED: Some City of Chicago workers are being accused of a particularly cruel act

A Peoples Gas command post has been set up at 3012 W Belmont. Anyone with concerns or looking for updates can reach the gas company at 866-556-6001.

They have also offered tips on how to prevent pipes from freezing.