This picture of Matt Nagy watching a Bears video is priceless 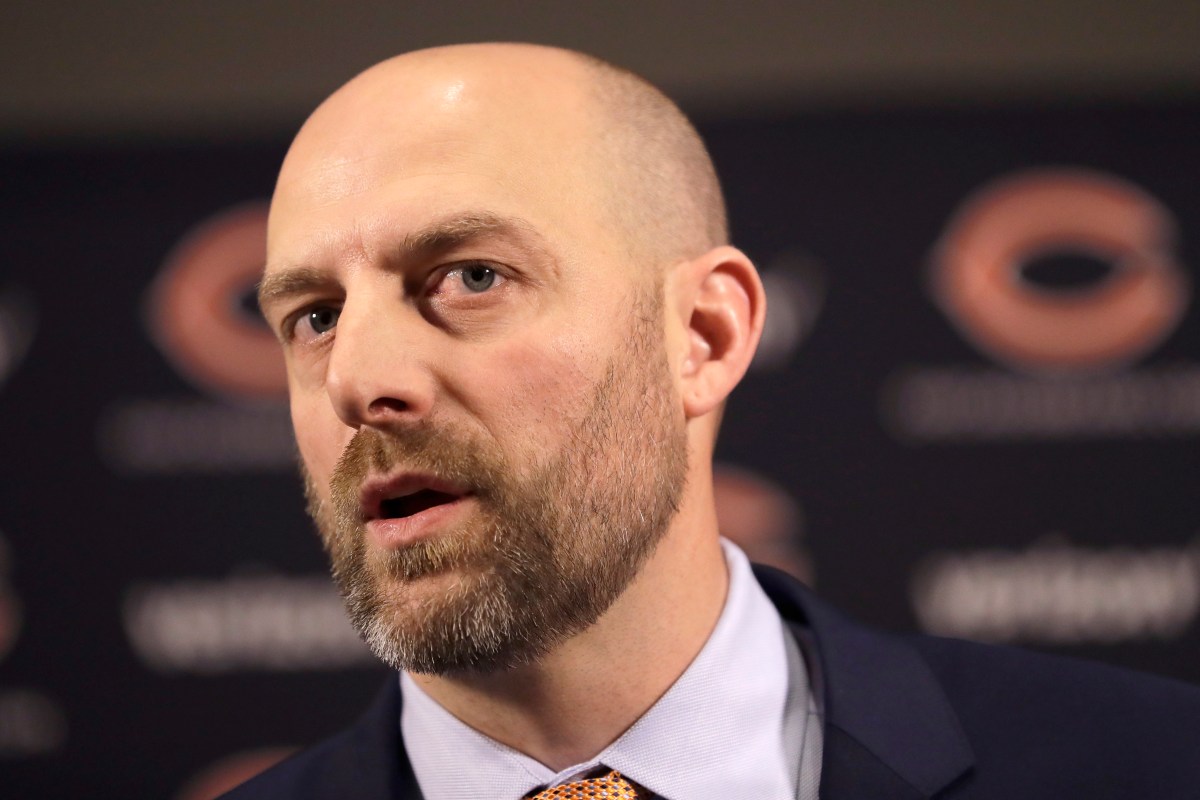 Ever since the New Year began, the Chicago Bears have adopted Kansas City Chiefs offensive coordinator Matt Nagy as their new head coach. Nagy replaces John Fox, who was fired on New Year’s Day following three seasons with the team.

Fox had a 14-34 record in three years with the Bears and a .292 winning percentage that ranks as the second-lowest in franchise history. On the other hand, the Chiefs’ offense had a strong year, with running back Kareem Hunt rushing for over 1300 yards and quarterback Alex Smith throwing for over 4000.

Smith led the NFL with a career-high 104.7 passer rating under Nagy, who has spent 10 seasons coaching under Andy Reid and has generated interest league-wide.

Now that January has rolled out most of the accommodations for the transition, Matt Nagy is now in the middle of researching his new team. Nagy marks the 16th head coach in Bears history, Nagy is expected to do his due diligence when mulling over Chicago’s roster and trying to figure out which players fit in his system moving forward.

Last week, while Nagy and general manager Ryan Pace were down in Mobile, Alabama they attended the Senior Bowl to get a feel for some of the country’s top players.

It was either on the flight there or the flight back, but Nagy was photographed looking at some film on an airplane and did not look too thrilled about what he was looking at…

Sitting on bird next to Bears GM Ryan Pace and Coach Nagy, he does look happy watching Bear film. We know the feeling,told them we need that #3 from Bama! Seniorbowlbound @CalvinRidley1 @wscr @seccountryBama@ClayTravis @Marq_Burnett crimsontideFam pic.twitter.com/PTS3f6lxDc

The Twitter user, known just as @Darny99, pointed out he saw the duo on the plane and snapped the photo. It is really difficult to tell if Nagy is looking at Bears film, but that would be the logical guess in this situation.

RELATED: Wrigley Field All Star Game could work but there are some hurdles

While Nagy appears to have a disgruntled look on his face, it is more likely he was just caught at an inopportune time. The team is a work in progress, and it will be difficult to dethrone the Vikings in the NFC North, but Nagy could make something out of this team.