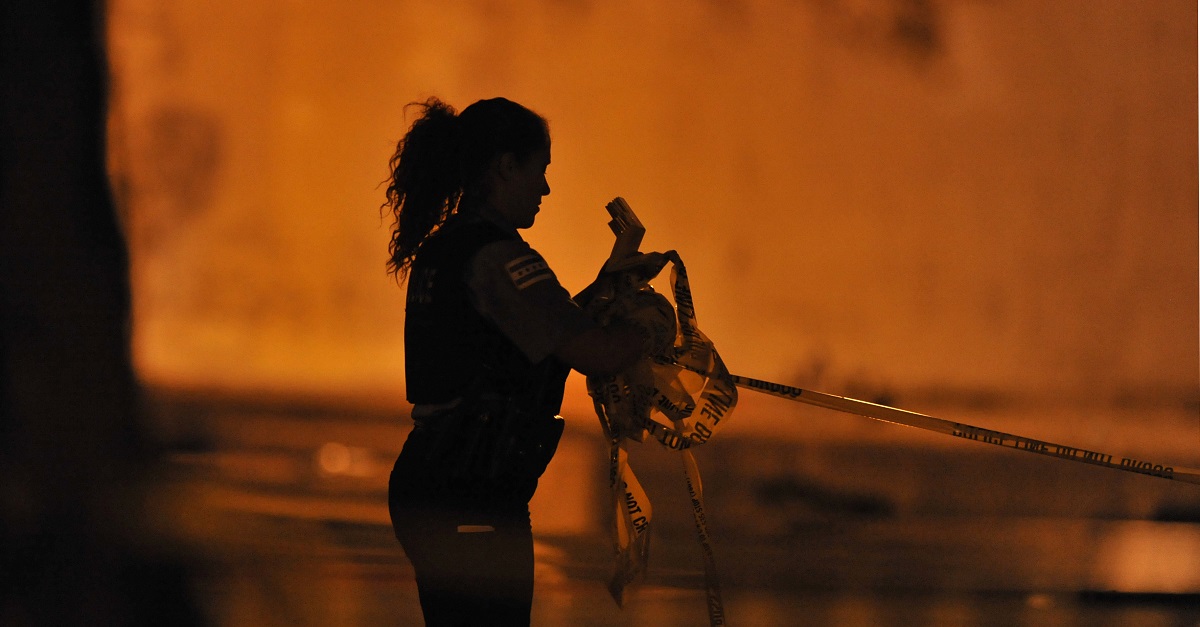 AP Photo/Paul Beaty
A Chicago Police detective collects crime scene tape from the scene early Friday, Sept. 20, 2013, where a number of people, including a 3-year-old child, were shot Thursday night in a city park in Chicago. Thursday night's attack was the latest violence in a city that has struggled to stop such shootings by increasing police patrols. (AP Photo/Paul Beaty)

After a relatively less-violent January than previous years, the month ended with three people shot and killed within ten minutes of each other on Wednesday night.

29-year-old Donald Holmes and 31-year-old Diane Taylor were sitting in an SUV in the 4700 block of West Arthington in the Lawndale neighborhood, when they were both shot in the head around 11:10 PM, according to the Chicago Tribune.

RELATED: This grandma is putting a halt to gun violence in Chicago with?Chess?

Holmes and Taylor were pronounced dead a the scene. The Cook County Medical Examiner’s Office ruled both deaths a homicide.

At around 11:20, Darryl Bailey was walking along the 7700 block of South Racine Avenue in the Gresham neighborhood when he was shot in the chest. He too was pronounced dead at the scene.

Another man was with Bailey and was shot in the pelvic area. He was taken to the hospital in critical condition.

Earlier in the day, Mayo Martez was shot and killed around 1:35 PM on the 11100 block of South Emerald Avenue in the Roseland neighborhood.

In total, four people were killed that day in shootings and eight wounded, including 11-year-old and 16-year-old boys.

Between Feb 28th and March 6th of 2017, no one was killed from gun violence. It was the first time in four years that the city had gone a week without a fatal shooting.

RELATED: More police hit the streets but will it help Chicago?s issue with violence?