A Houston couple and their three-month-old daughter left town just before Hurricane Harvey made landfall, only to encounter the full wrath of Hurricane Maria in Puerto Rico.

Brian Rodriguez, and his wife, Jennifer Hernandez, left Houston to avoid the floods from Hurricane Harvey last month. The couple and their daughter stayed with family in Puerto Rico and watched as the flood waters caused havoc all over southeast Texas.

Just weeks later, Hurricane Maria, a Category 5 storm, lashed the Caribbean island. The young family was stranded on the island for nearly a week, including a forced two-day stay at the San Juan airport as they attempted to fly back to the U.S. mainland.

Rodriguez told a local TV station about the devastation the storm left behind, as well as the damage done to the infrastructure across the island territory.

“It’s life threatening to go outside of your house,” he said.“There’s no gas, if you have gas, there’s no signal lights. There’s no police.”

He also said the airport is running solely on emergency power. Travelers waiting for flights to the mainland must deal with sweltering heat, no air conditioning, no food, and very little organization.

“There’s no list that you can do to say, hey I am number 50 for the next flight. It’s first come first serve,” Brian Rodriguez said.

RELATED: An emotional Jennifer Lopez reveals her family’s pain after the hurricane in Puerto Rico

The family was able to get on a United Airlines flight from San Juan to Chicago, then another flight to Houston. They landed in Houston Tuesday afternoon. While they were grateful to arrive home, they said their thoughts were still with family members who must contend with the months-long recovery process. 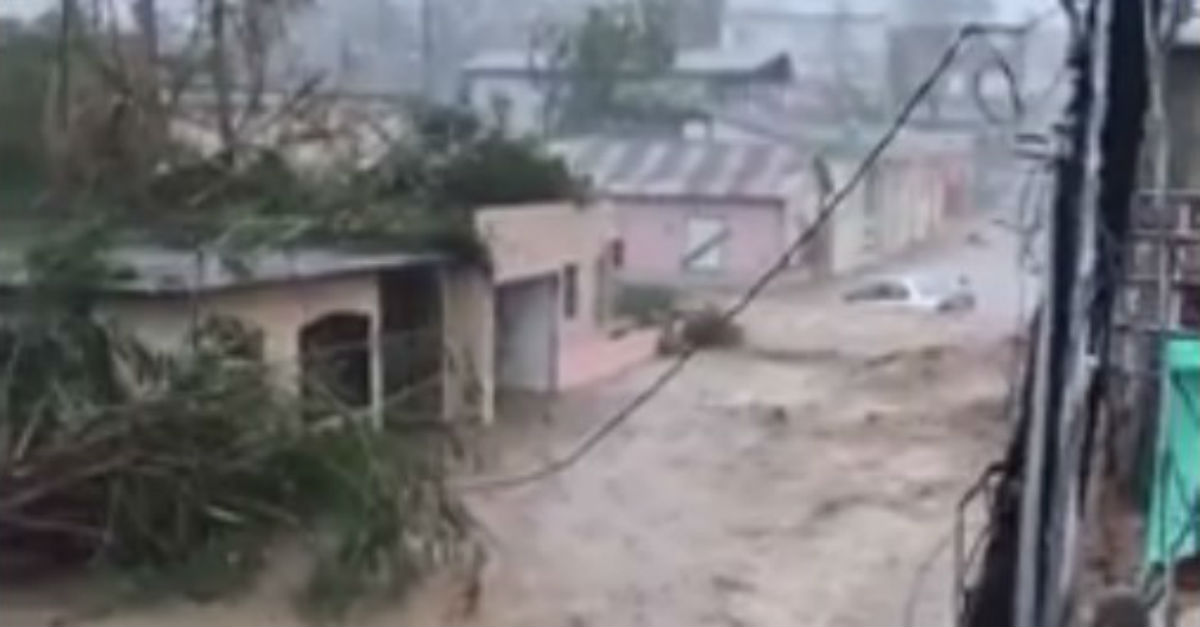