A traditional torchlight parade in advance of Saturday’s University of Texas football game against the University of Oklahoma has been canceled this year and for the foreseeable future as a result of violence in Charlottesville, Va.

However, students, alumni and others will still walk to the Main Mall just south of the UT Tower, where a pep rally Wednesday evening will include remarks by coach Tom Herman and football players.

Officials of the Texas Exes, the alumni association at UT and the event’s sponsor, said Tuesday that, although the torchlight parade has nothing to do with race, they want to be sensitive to students and other members of the campus community.

“We didn’t think it was wise to have people carrying tiki torches in light of the events at Charlottesville,” said Dorothy Guerrero, a spokeswoman for the Exes. “We want this to be a positive event. We want everyone to feel included and welcomed.”

In August, white nationalists and white supremacists marched with torches across the University of Virginia campus in Charlottesville. That touched off chaos resulting in the death of a counterprotester.

UT spokesman J.B. Bird said, “The university supports the Exes in their efforts to create a welcoming, inclusive event.”

Last year’s torchlight parade and rally were the 30th annual installment of the event in the run-up to the Red River Rivalry, played at the Cotton Bowl in Dallas. Some sort of rally, however, dates to 1916. The Texas Exes, formally known as the Ex-Students’ Association of the University of Texas, is an independent nonprofit organization.

It remains to be seen if the cancellation of the torchlight parade is permanent.

“For the foreseeable future, I doubt we’ll be doing the torchlight portion of the event,” Guerrero said.

Pic of the Torchlight Parade at UT in 1987. It has gone uninterrupted since, but this year there will be no parade. More on @KXAN_News pic.twitter.com/ckUJjFx3wQ 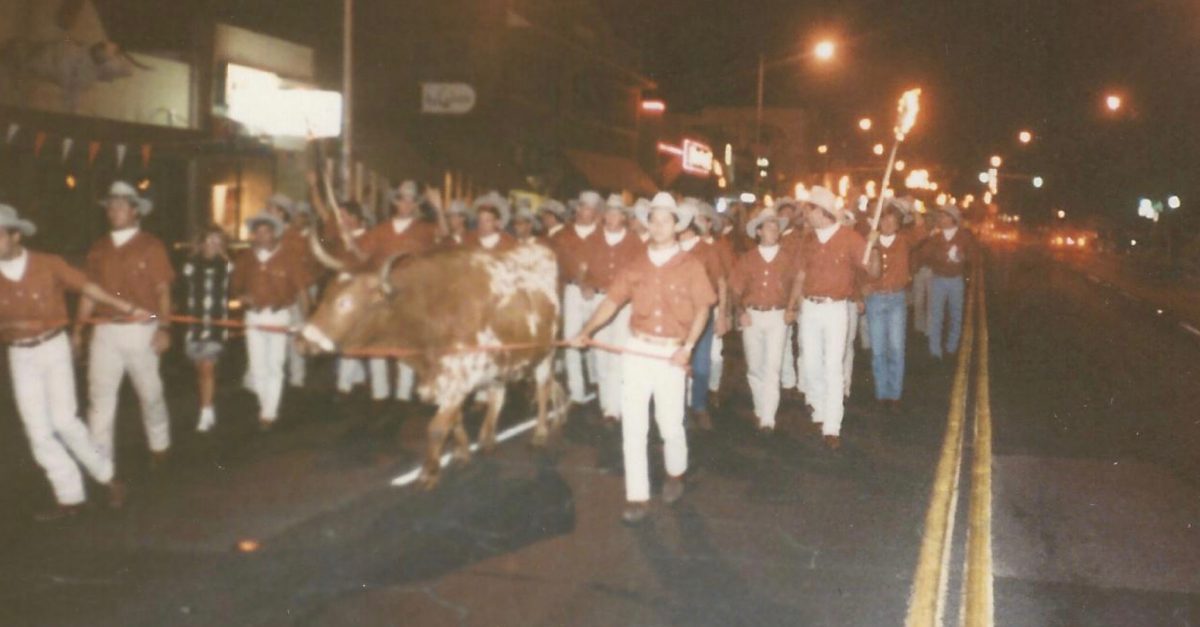