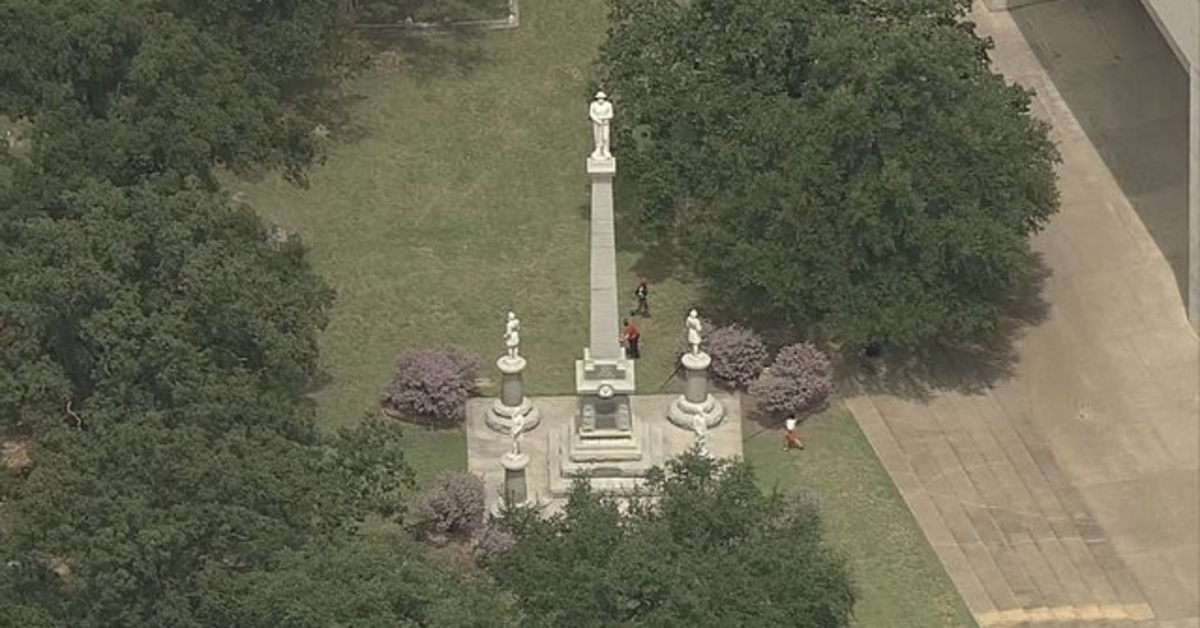 The Dallas Parks and Recreation board voted unanimously Friday morning to change the name of Lee Park, honoring Confederate General Robert E. Lee. Earlier this month, crews removed a statue of the historic military figure from the park.

With the vote, the name of the park reverts back to its original name, Oak Lawn Park. The name will be temporary until the City of Dallas goes through the formal renaming process.

RELATED: With Robert E. Lee statue out of public eye, Dallas will soon vote on wiping this park’s confederate namesake

As the votes were counted, board president Bobby Abtahi said his vote came down to equality, saying everyone should be equal inside the city’s parks.

“I take it very seriously when people in our city don’t feel welcome at a park,” Abtahi added.

The name change faced no resistance from board members or the public, contrasting with the heated community debates over the Robert E. Lee monument’s fate that once stood in the park.

While they voted in favor of changing the name, the board did not approve a plan to remove signage featuring Lee’s name, which would cost the city $40,000. Instead, they will cover the name until additional plans can be made for replacing the signage, which won’t happen until a new name is chosen.

Also on Friday, the Dallas Confederate Task Force Committee voted in favor of removing a second Confederate monument. They also recommended streets named in honor of Confederate soldiers be changed.

The monument in Downtown Dallas’ Pioneer Park features a Confederate soldier on top of a six-story tower, surrounded by four Confederate generals. Built in 1896, the monument is valued at $500,000 and will cost a staggering $800,000 to move.

The task force voted 11-4 in favor of removing the statue, with one abstention.

While the task force agreed five out of 17 Confederate-named streets should be given new names, the debate was heated, with some task force members upset the changes would cost citizens and businesses additional money.

RELATED: Following the violence in Charlottesville, Houston comes to a crossroads on monuments and marches on the home front

?If it were Hitler’s name, I think there would be no amount of money that would be too much to change that name,? task force member Sara Mokuria countered. ?And for some folks, these names have that same significance.?

The five streets whose names will change include Lee Parkway, Cabell, Stonewall Street, Beauregard Drive, and Gano. The process will be costly, with the first three street name changes estimated to cost $6,000.