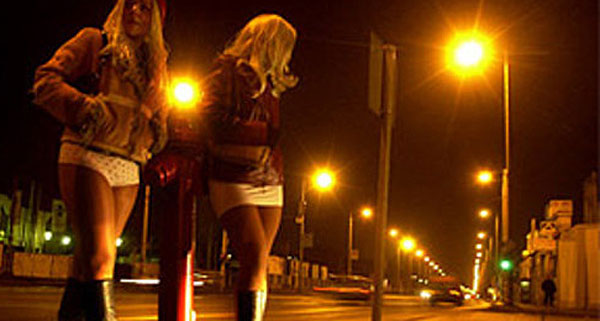 Several high-profile hospitality businesses were named in a lawsuit filed by two Texas attorneys this week on behalf of a 19-year-old sex trafficking victim, who at this point, remains anonymous.

This lawsuit is somewhat of a new approach to holding businesses accountable for sex trafficking. According to Houston Public Media, the suit was filed under “Chapter 98 of the Texas Civil Practice and Remedies Code, which establishes that a company can be held civilly liable for human trafficking if it benefits from it intentionally or knowingly.”

?We haven?t seen any other civil lawsuits of this magnitude brought under Chapter 98,? attorney David Harris, who filed the lawsuit along with fellow attorney Annie McAdams, said in an interview with Houston Public Media.

McAdams and Harris met the victim, who is referred to as “Jane Doe #1” in the suit, during a project on human trafficking.

She says Backpage.com was used to exploit her just prior to her 16th birthday, and names the website in her lawsuit as one of the businesses that knowingly profits from Houston’s sex trade.

Hyatt Hotels Corporation and Love’s Travel Stops Country Stores are among other well-known chain businesses named in the suit, on the grounds that Jane Doe, while a minor, was repeatedly sexually exploited at their locations.

The suit alleges that despite a “constant flow of male customers” to the rooms where Jane Doe #1 stayed, the businesses took no action to alert the authorities, stating they:

refused to take any steps to alert the authorities, properly intervene in the situation, or take reasonable security steps to improve awareness of sex trafficking and/or prevent the sexual exploitation of minors at their properties.

The Love’s truck stops are being held liable on similar ground to the hotels, with the suit claiming they were complicit in the sex trafficking that took place. They are accused of consciously allowing it to happen in order to secure the patronage of truckers who allegedly use their stops routinely to pay for and have sex with the victims.

For their part, both Hyatt and Love’s have said they’re “looking into” the lawsuit, and won’t comment on pending litigation, according to email correspondence with Houston Public Media.

Sex trafficking has been and continues to be a scourge in the Houston area, particularly among vulnerable minors like those in the Texas foster care system. Law enforcement in Houston has repeatedly acknowledged it as an ongoing and virulent problem.

Thankful HPD could join so many partners this morning in discussing the dangers of human sex trafficking and child slavery. Houston is a major hub of an epidemic that has seen more than 300k victims of sex trafficking in Texas alone. More info at https://t.co/TyAcZp1mr7 pic.twitter.com/OsY5y60CJy

McAdams says the story of Jane Doe is far from the only one she’s heard. She wants to strike a blow for the victims with this suit, and said in an interview she’s confident of its success.

RELATED: Activist claims that Houston is home to “more brothels than Starbucks” as the fight against sex trafficking continues