Menu
Follow us
Search
Menu
Search
Evacuees escaping the floodwaters from Tropical Storm Harvey rest at the George R. Brown Convention Center that has been set up as a shelter in Houston, Texas, Tuesday, Aug. 29, 2017. (AP Photo/LM Otero)

Emails released from an official with the DeWitt County Office of Emergency Management state the American Red Cross “was not there” to help victims of Hurricane Harvey.

In a story co-published with the Texas Tribute, ProPublica reports Cyndi Smith, a coordinator with the local agency, wrote her office had “no communication” with the agency, and county officials had no idea if Red Cross volunteers “have been in DeWitt County doing anything.”

DeWitt County, about 90 miles east of San Antonio, was hit hard by both wind and rains from the hurricane. The emails Smith sent to Red Cross Disaster Program Manager Debbie Ellsworth state neither the Red Cross nor Ellsworth “has made an attempt to talk to DeWitt Emergency Management” about issues with staffing a shelter for hurricane victims.

Officials with the local school district turned an unused building into an impromptu shelter taking in 400 hurricane victims. Micah Dyer, a school superintendent in DeWitt County, ran the shelter with volunteers from the school district. Dyer alleged the Red Cross failed to bring sufficient cots and blankets, and that many of the Meals Ready to Eat (MREs) the agency brought for hurricane victims had spoiled.

Other complaints about the organization’s reaction to Harvey are also surfacing. Charles Rogers, Colorado County’s emergency management coordinator, stated agency workers failed to come to the county’s shelter on Aug. 30.

In Jefferson County, Deputy Emergency Management Coordinator Mike White was so dissatisfied with the lack of effort put in by a Red Cross government liaison that he sent the worker home.

RELATED: Houston city councilman is angry at the Red Cross and New Orleans

The Red Cross issued a statement in response to the ProPublica story saying the story “cherry-picked anecdotes, instead of giving readers a full and accurate account of the aid we have delivered, under extremely challenging conditions” and that it distributed “more than $148 million in direct financial aid to people in need as of September 28.” 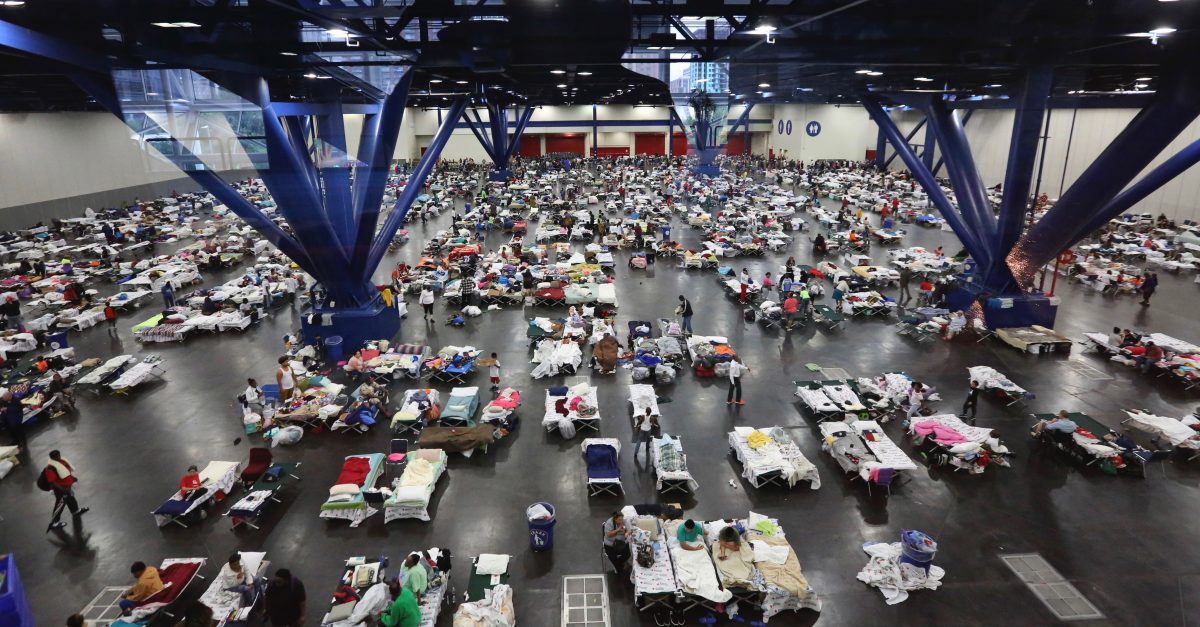