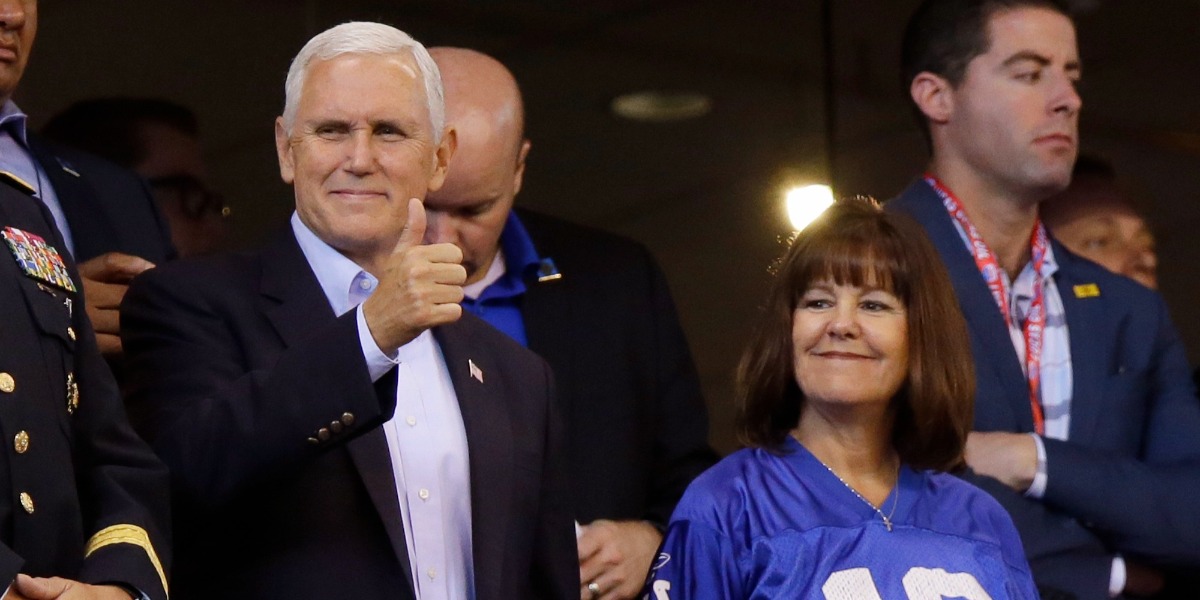 On Sunday, Vice President Mike Pence went to an NFL game in Indiana for the purpose of staging a counter-protest of pro athletes kneel during the national anthem.

Of course, Pence didn’t announce that this was his plan in advance. He posted a photo on Twitter to suggest he was legitimately excited to see the Indianapolis Colts play ? but we soon learned it wasn’t about the Colts at all.

Pence was there because, as has been noted over at RedState, this was the first game the San Francisco 49ers were scheduled to play since President Trump decided to take personal issue with players’ protests last month. The 49ers have been clear they will continue to kneel together to oppose the very real problem of police brutality.

As Trump himself has since admitted on Twitter, Pence’s visit to the game was planned specifically for the purpose of a walkout. Pool reporters were told to wait in the car because Pence would not be long in the stadium (and indeed he couldn’t be, as he was soon due in California for a swanky party in Beverly Hills).

In short, this was political theater ? wasteful, petty, and crude.

As Ed Krayewski comments at Reason, if Pence was truly offended by the athletes’ protest, he could have simply boycotted the game. That’s not what he did. He used taxpayers’ money to buy tickets for a game he had no intention of enjoying and then flew himself and his whole entourage in and out of Indianapolis for an estimated cost of $242,500.

For comparison, the median home price in the United States is just $188,900. Pence spent more money than many of us will ever drop on any single purchase because he wanted to score some cheap political points. Is this what small-government conservatism looks like in 2017?

“The founders of the country hoped that America’s elected officials would not become like the royalty of the British Empire from which they broke off,” Krayewski writes with Pence in mind. I’d say we’re well past that point.

As British MEP Daniel Hannan has argued, “Real monarchs are, in the main, humbler, cheaper and far more respectful of the way things are supposed to work.” And it’s true: You don’t see Queen Elizabeth out there pulling pricey stunts like this.

It’s a sad day when the administration of a republic could learn a lesson in prudence from the world’s grandest monarchy.