A suspect in a murder at a Florida gas station was found in a Houston shelter for Hurricane Harvey survivors.

MURDER suspect Julian Williams is sought by #JSO. Considered armed and dangerous. He is lying his head somewhere at night, someone knows. pic.twitter.com/lHQTKb9fdr

Harris County law enforcement officials received an anonymous tip from their Crime Stoppers hotline disclosing Williams was hiding out in a hurricane shelter.

A $3,000 cash reward was being offered for information leading to Williams’ capture.

Williams is allegedly responsible for shooting and killing Christopher Thurston, 20, at a Jacksonville gas station.

According to the warrant, Williams was inside the station arguing with another patron when Thurston entered, and the door bumped into Williams.

The two exchanged words, and Williams then followed Thurston down an aisle of the store, opening fire.

Witnesses reported Williams shot Thurston once in the chest, then shooting at another man who tried to stop the argument.

Thurston was transported to a nearby hospital, where he died shortly after.

Williams is charged with murder, aggravated battery and possession of a firearm by a felon; he is currently in the Harris County Jail awaiting extradition to Florida.

Authorities would not disclose what shelter Williams used as a hiding place.

They did say, however, when asked at the shelter, he gave organizers a false identity. 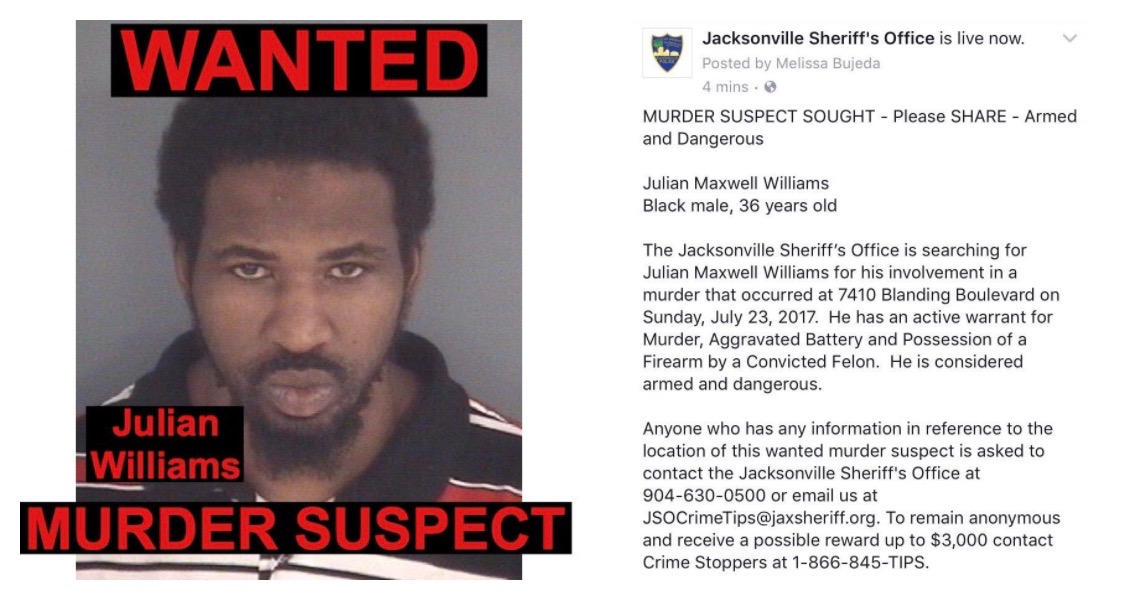