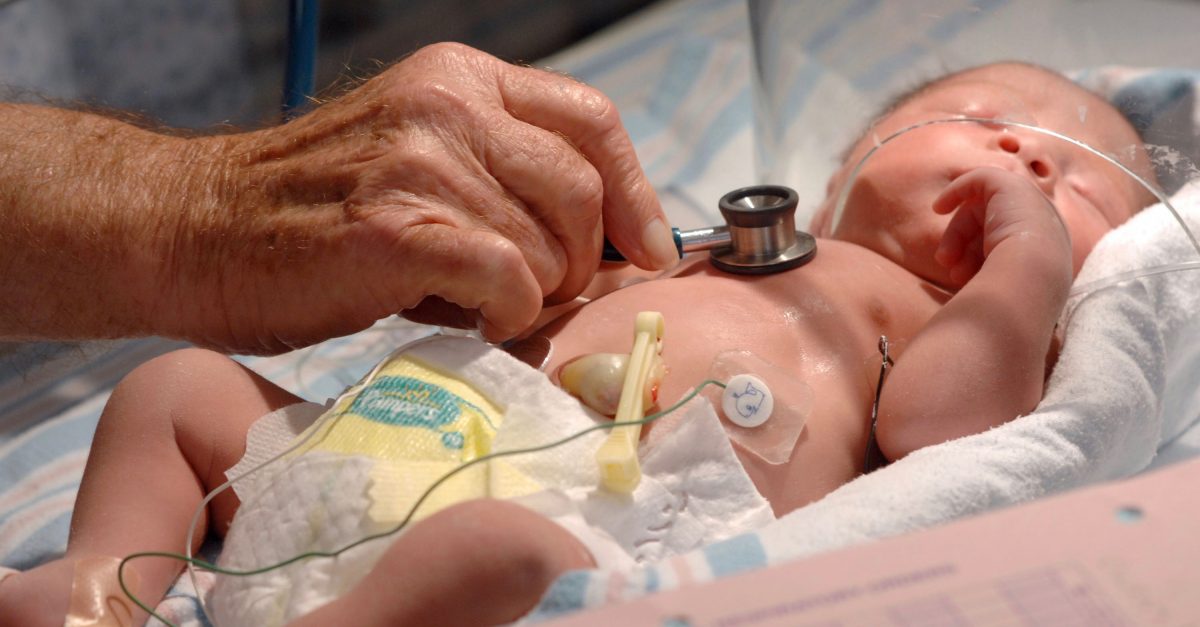 AP Photo/Greg Campbell
Dr. Shelley Korones listens to an infants heart in the NICU at the Regional Medical Center in Memphis, Tenn., Wednesday, Oct. 10, 2007. This infant was suffering from an abnormal heart. A 2002 federal report put Memphis at the top of the list for infant deaths in American cities: 692 dead babies over a four-year span, a rate of more than 15 deaths for every 1,000 births, more than twice the U.S. average. (AP Photo/Greg Campbell)

A recent study from the University of Texas System shows the infant mortality rate across the state is slightly lower than the rest of the country.

While this may be less than alarming at first glance, the study further showed some areas in the state with infant death rates as much as five times the national average.

The study reportedly examined the death rates for infants under one year of age in ZIP codes with at least 400 live births from 2011 to 2014.

In fact, their concluding statistics showed Channelview, Acres Homes, Kashmere Gardens and northern Fort Bend County home to some of the highest rates in the country.

Dr. David Lakey, former Texas health commissioner and current vice chancellor for health affairs at the UT System, wrote in a press release about the study, explaining how “one’s ZIP code is as important to their health as their genetic code:”

“We’ve made progress in Texas as a whole, but the overall rate gives a false sense of security.  Broken down by ZIP code, it’s clear many communities are still doing very poorly.”

In Houston, the infant death rate in the predominantly African-American Kashmere Gardens neighborhood came in at 28.1 deaths per 1,000 live births, one of the highest rates in the state, according to the list.

By contrast, the African-American infant death rate in the Briar Forest neighborhood on Houston’s west side scored a lower 3.3 per 1,000 live births.

During an interview, March of Dimes Deputy Medical Officer Lisa Waddell said preventative care, such as progesterone shots and group pre-natal care, can ensure a mother and her baby remain healthy through the first year of life postpartum and outside of the womb, respectively: