Proving there’s no place like home, a Houston teen took a nasty fall from a California cliff, but he’ll live to tell the tale 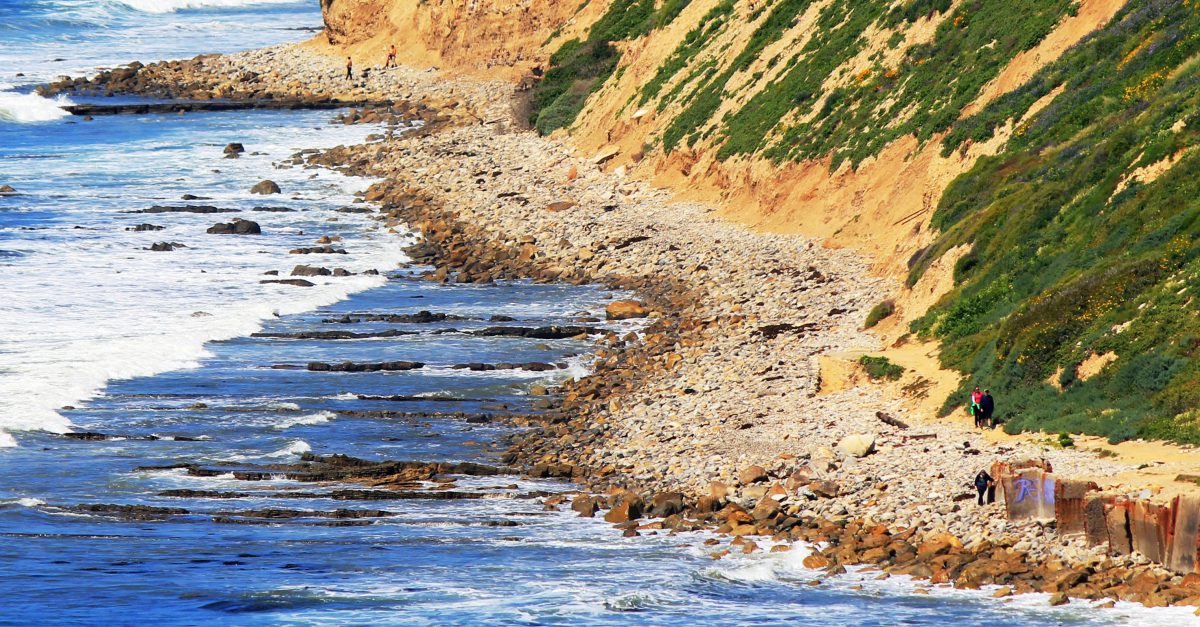 AP Photo/John Antczak
In this Sunday, March 26, 2017 photo, waves roll onto boulders at the foot of a sea cliff near Royal Palms Beach in the San Pedro area of Los Angeles. A new study predicts that with limited human intervention, 31 percent to 67 percent of Southern California beaches could completely erode back to coastal infrastructure or sea cliffs by the year 2100, with sea-level rises of 3.3 feet (1 meter) to 6.5 feet (2 meters). The study released Monday, March 27, 2017, used a new computer model to predict shoreline effects caused by sea level rise and changes in storm patterns due to climate change. (AP Photo/John Antczak)

A Houston-area teen is alive and well after he plummeted off a cliff and into the Pacific Ocean.

On a trip to California, Gerard Hobbs, 19, fell more than 20 feet from the Sunset Cliffs near San Diego, landing in the water.

An emergency rescue team pulled Hobbs out, paramedics examined his injuries, and, miraculously, he survived with only superficial wounds and a swollen leg.

Hobbs and a friend, Amerdeep Sheemar, were celebrating their recent graduation from Kempner High School in Sugar Land and taking photos and videos when he lost his footing:

?He was getting a clip of me, and, then, when I turned around, he was gone,? Sheemar said in an interview.

RELATED: A woman and her chihuahua survived after being lost for six days in the Washington wilderness

Scraping along the cliffside as he went down, Hobbs barely escaped falling into the sharp rocks at the base of the cliff, avoiding a more serious outcome by about a a foot.

Even with the margin, however, Hobbs was not completely safe:

?When I fell in, all the seaweed had wrapped around me, and I was just like panicking at that point because I saw that I actually fell off,? Hobbs said in an interview. ?I was wrapped in it all, and I was just trying to get help.?

Lifeguards at the scene used a pulley system to lift Hobbs out of the water and onto a stable platform.

?I should be dead right now,? Hobbs said further, ?but I?m really grateful for everything that happened.?

Despite the experience, the Houstonian and his visiting classmate are not cutting their trip short.

But they probably won’t be returning to see any more sunsets at the cliffs.