The senior population of a public housing complex sustaining damage from Hurricane Harvey is speaking out against city officials with plans to evict.

Last week, residents of 2100 Memorial gathered in the second floor of the high-rise’s parking garage to confront the Houston Housing Authority.

Leaders cited the building’s flooded first floor, as well as the damaged electrical and water systems, as reasons for the residents to leave.

Tory Gunsolley, the housing authority’s president and CEO, told residents they needed to move out before the end of the weekend:

“It (the eviction) was primarily done for the health and safety of the residents,” Gunsolley said in an interview with a local newspaper. “I don’t know when this transformer and this electrical system is going to fail.”

While vacating the premises may be the safest thing to do in the aftermath, many of the low-income residents qualify for federal affordable housing programs, but still cannot afford to move.

This is why residents met with Gunsolley to appeal the decision and to ask for additional help in relocating.

According to residents, however, the housing authority is not providing residents with funds for moving expenses.

They also claim the authority gave them lists of other low-income housing locations, but those complexes are either too far from downtown Houston, which would mean higher moving costs, or are unavailable entirely.

Residents called the meeting “useless,” saying they felt “trampled” and “disrespected” by the sudden call for evictions.

Gunsolley quickly revised his stance, telling residents how, although they would still need to relocate, they would not be immediately evicted, and the authority would help residents cover some moving expenses.

The change came after Houston Mayor Sylvester Turner assured residents they would “have the information and the resources they need” to find safe, comfortable and affordable new homes. 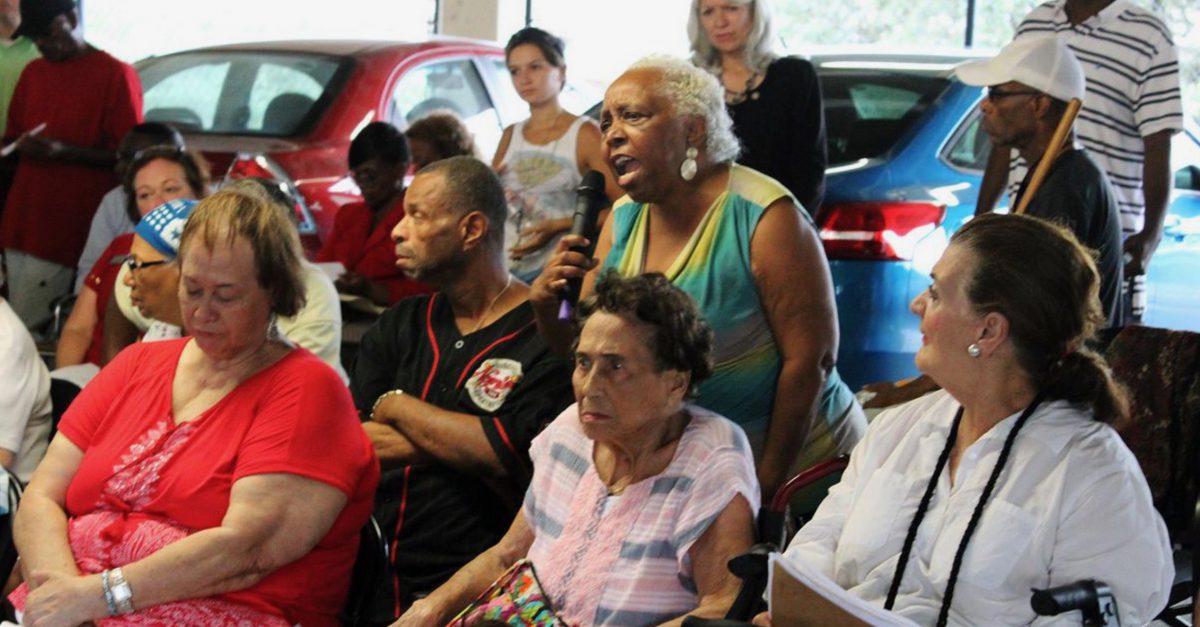