Menu
Follow us
Search
Menu
Search
Thousands of visitors to the Texas State Fair stand in the fair grounds circle watching an official ceremony where the 55-foot-tall Big Tex fair symbol welcomed everyone to the fair, Friday, Sept. 27, 2013, in Dallas. Big Tex was destroyed in a blaze Oct. 19, 2012, just days before the end of last years fair. Big Tex stands 55-feet tall, three feet taller than the one destroyed by fire. The fair runs Sept. 27, through Oct. 20. (AP Photo/Tony Gutierrez)

Dallas residents will have an opportunity to speak out on the most recent plans for Dallas Fair Park. Dallas Mayor Mike Rawlings met with opposition from citizens’ groups after he announced that he would allow retired oil executive Walt Humann, a close friend of Rawlings, and his non-profit group to take over the project without seeking competitive bids. Dallas City Attorney Larry Casto agreed with the groups and said that the project should be put up for bid.

City Councilman Kevin Felder, who represents the Fair Park area, called the park “an under-utilized asset” and “the crown jewel of the City of Dallas.” Felder, who won a run-off election earlier in the month to unseat an ally of Rawlings’ plan, is moving to get more funds to improve the park and the surrounding areas.

While the park hosts the annual State Fair of Texas in October, it does not host enough events to draw regular traffic.

Felder has proposed a $50 million bond, which would go toward repairing facilities and upgrading the park. The bond proposal will go to Dallas voters in November, and Felder is confident that the measure will pass.

“We’re going to have a vigorous bond campaign,” he told the Dallas Morning News, “and we will win.” Felder also trumpeted the move to open up the bidding on park projects to outside vendors. “We have three bids on the table and that’s the way it should be,” he told a local TV station.

The 277-acre park has fallen into disrepair. Many buildings have problems such as flooded carpets, cracked plaster, and defective air conditioners. The neighborhoods surrounding the park have also deteriorated, as housing values have dropped and crime rates have increased.

“We want development,” Felder said. “I want to see dirt fly. I want jobs to come there.” 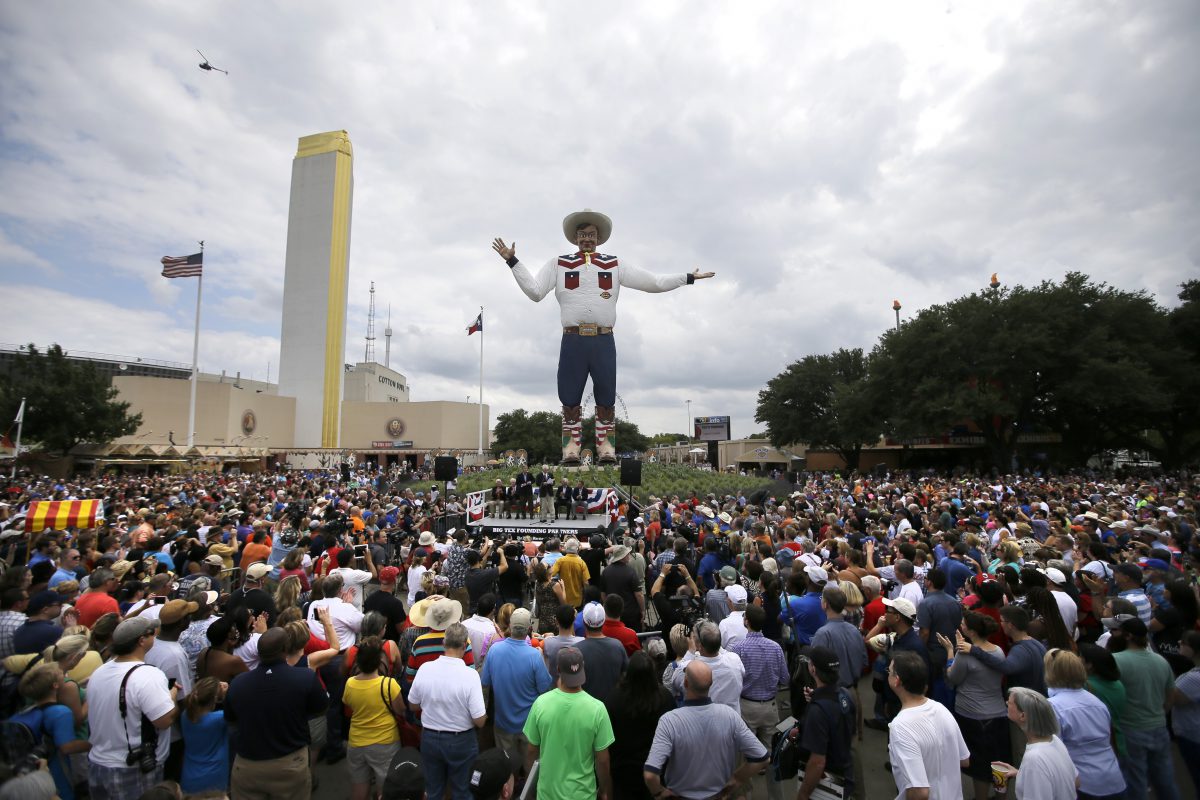