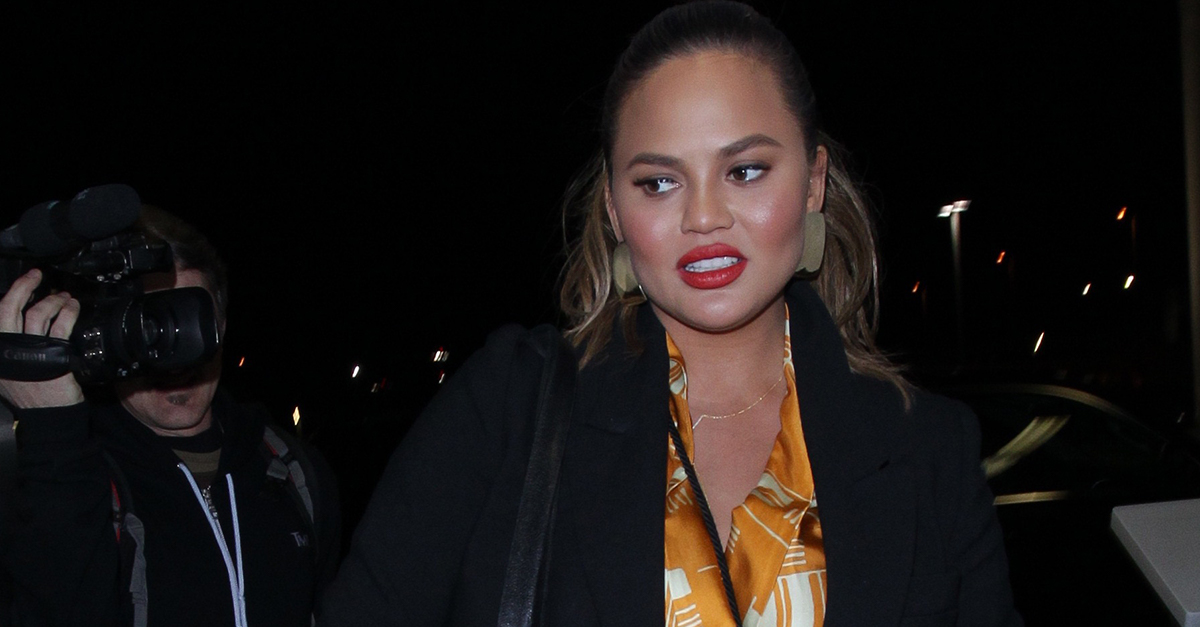 Model Chrissy Teigen is known for her hilarious Twitter account, where she has recounted airplane trips from hell and stories of her husband, singer John Legend, and his habit of stealing phone chargers. This new Twitter story of Teigen’s may top them all, mostly for the absurdity, but also for the surprising educational value.

It all began when Teigen tweeted out a question before getting on a flight at LAX. She tweeted at American Airlines, “If I don?t have a carry-on, can I bring a large ceramic casserole dish of scalloped potatoes on the plane? I am not kidding, is this okay? Is it too blunt/heavy an object? I?ll cry if they throw it away.”

RELATED: We now know when Chrissy Teigen?s having her baby ? and the wild names she?s considering

If I don’t have a carry-on, can I bring a large ceramic casserole dish of scalloped potatoes on the plane? I am not kidding, is this okay? Is it too blunt/heavy an object? I’ll cry if they throw it away

To her surprise, both American Airlines and the TSA replied to her question on Twitter. American Airlines said, “You’re welcome to bring an additional bag of food,” but recommended she check with the TSA. The TSA let her know that ceramic dishes are allowed on airplanes.

You're welcome to bring an additional bag of food with you on board. Please double check with our friends @AskTSA.

That's a good question, Christine! Scalloped potatoes are allowed in carry-on and checked bags. You can place them in a ceramic casserole dish. We hope you enjoy!

When Teigen arrived at LAX, TMZ caught up with her and asked her if she was successful in bringing the potatoes. In the video, she revealed she got the all-clear but switched to tupperware at the last minute.

She also handed a bag of cookies to one of the TMZ photographers before heading into the airport as they tried to ask her about her opinion about President Trump’s comments on gun control. It was clear she had food on the brain (not surprising, considering she’s due to give birth in June), so she and her “emotional support casserole” had to make sure she and anyone she came across were well-fed at LAX that night.

Even more hilarious is that Teigen’s question got other Twitter users revealing what food they could and couldn’t get on a plane. According to a few users, the TSA considers lasagna a liquid, provolone cheese in tin foil can set off scanners, and some Thanksgiving leftovers may need to be left behind.